Home Bajaj Auto Can this be the new generation Pulsar? 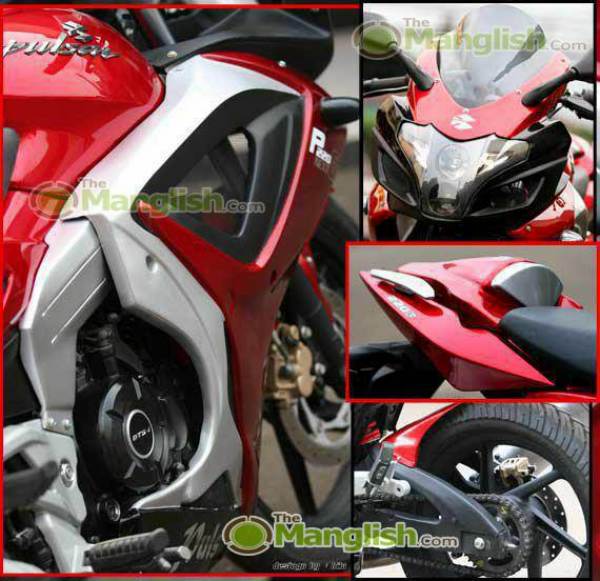 Bajaj Auto have been working extensively on the new-gen Pulsar, and they don’t want the world to know what they are upto. The Indian bike maker which has earned massive popularity among the Indian bike enthusiasts with its Pulsar brand of bikes has been working on the completely overhauled, next generation version of the motorcycle for quite some time now. No concrete info, however, about the new generation Pulsars have come out in the open. All we have available as of now is guesswork, inferences drawn after interactions with the tight lipped Bajaj officials and some rumours.

Now, this Malayali website with the name ‘TheManglish.com’ has some images of a bike with a design that draws heavily from the Pulsar 220. While we cannot make anything of the text which is essentially Malayalam language keyed in using English, from whatever little we can make out, it seems they think its the new gen Pulsar.  The bike sports a rear monoshock, a three-tone full fairing with shades of body colour, black and silver, projector headlamp and a pillion seat with racing cowl.

The image being a low res one, we cannot quite zoom in to see the bike in more detail. However, the bolted on fairing, the finish of the seat cowl and a few other details suggest that this is a mod job, an interesting one though.

Have a look at this interesting image, and do let us know what you think