It’s no secret that Mahindra is working on a premium SUV that’ll give it to the likes of the new Toyota Fortuner and the new Ford Endeavour. Code-named the Y400, the big Mahindra is rumoured to be based on the recently revealed 2017 SsangYong Rexton. So it makes perfect sense to graft a Mahindra face to the new Rexton. Or does it?

Even though it’ll be purportedly based on SsangYong’s flagship, the exterior and interior design of the Y400 could be Mahindra-specific. The Y400, or the Mahindra XUV700 (as it’ll presumably be called) is expected to share the body-on-frame construction of the Rexton, and perhaps even the Korean SUV’s four-wheel-drive system. 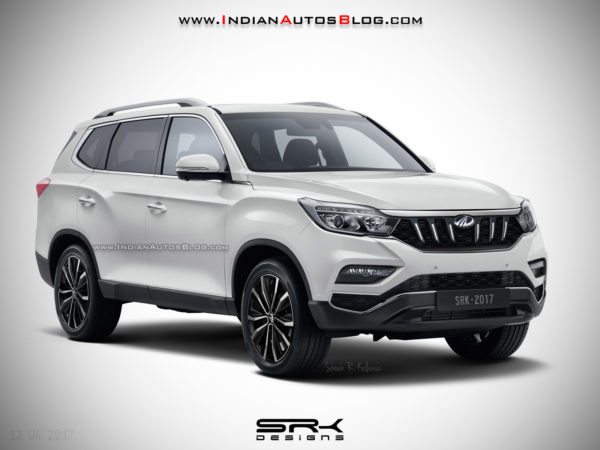 That said, the Mahindra toothy grille doesn’t look too bad on the new Rexton. The interiors of the XUV700 will be Mahindra’s most opulent ever. Apart from wood, leather and soft touch materials, the XUV700’s cabin will feature Apple Carplay and Android Auto with device mirroring, 3D Around View Monitoring (AVM) and a wide 9.2-inch HD screen.

The Mahindra XUV700 is expected to be powered by SsangYong’s own 2.2 litre Euro 6 turbo-diesel engine that develops 181 PS of power and a maximum torque of 420 Nm within the range of 1,500 – 2,500rpm This engine is matched to a Mercedes-Benz sourced 7-speed automatic transmission.

Alongside the turbo-diesel engine, SsangYong’s newly developed petrol 2.0 litre GDi turbo engine, good for 225 PS of power and 350 Nm of torque could also be slotted under the new XUV700’s hood.