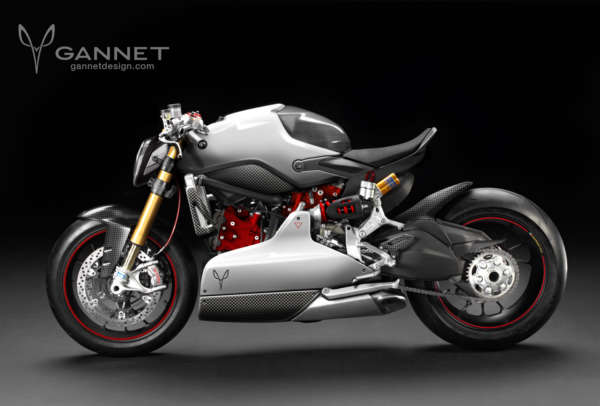 Meet the Café Fighter by Gannet Design- the Swiss design and strategic consulting house who had us in awe a few months back with their take on the Ducati 1199 Supperleggera.

This time around, the donor bike remains the same but the overall design appears to be a little less radical and groundbreaking- front man Ulfert Janssen would like to put the style somewhere between a mix of classic cafe racer proportions and a modern mono place street fighter. Thus the nomenclature- Cafe Fighter. The original tank from the Panigale is retained, but is given a raw, brushed finish. The biggest highlight has to be the rather large, wraparound element that hugs the tank almost in its entirety and completely alters the character of the bike, bringing it closer to the desired theme. 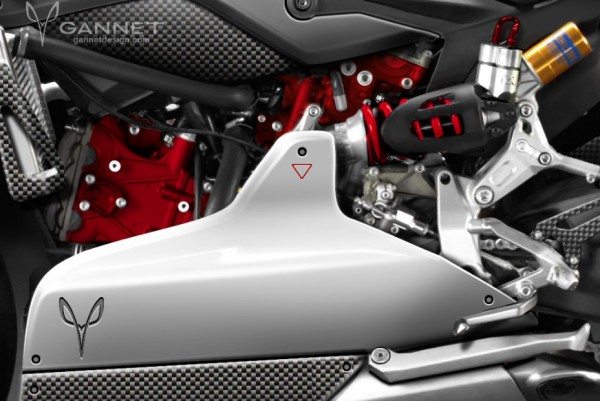 The rear section of the Panigale had to go, rendering the Café Fighter with just a solo seat- providing an exceptionally aggressive riding stance with loads of attitude. To accentuate the stance further and provide better stability, the underbelly has been shrouded with another voluminous design element. All the other additional design elements are manufactured from carbon fiber, either painted or left in its natural cross-woven texture. Since a lot of the original 1199 Panigale bodywork is done away with, the Gannet Design 1199 Café-Fighter also promises to be a lightweight machine. 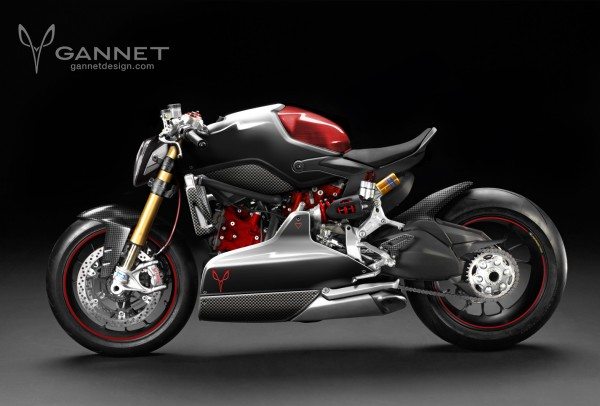