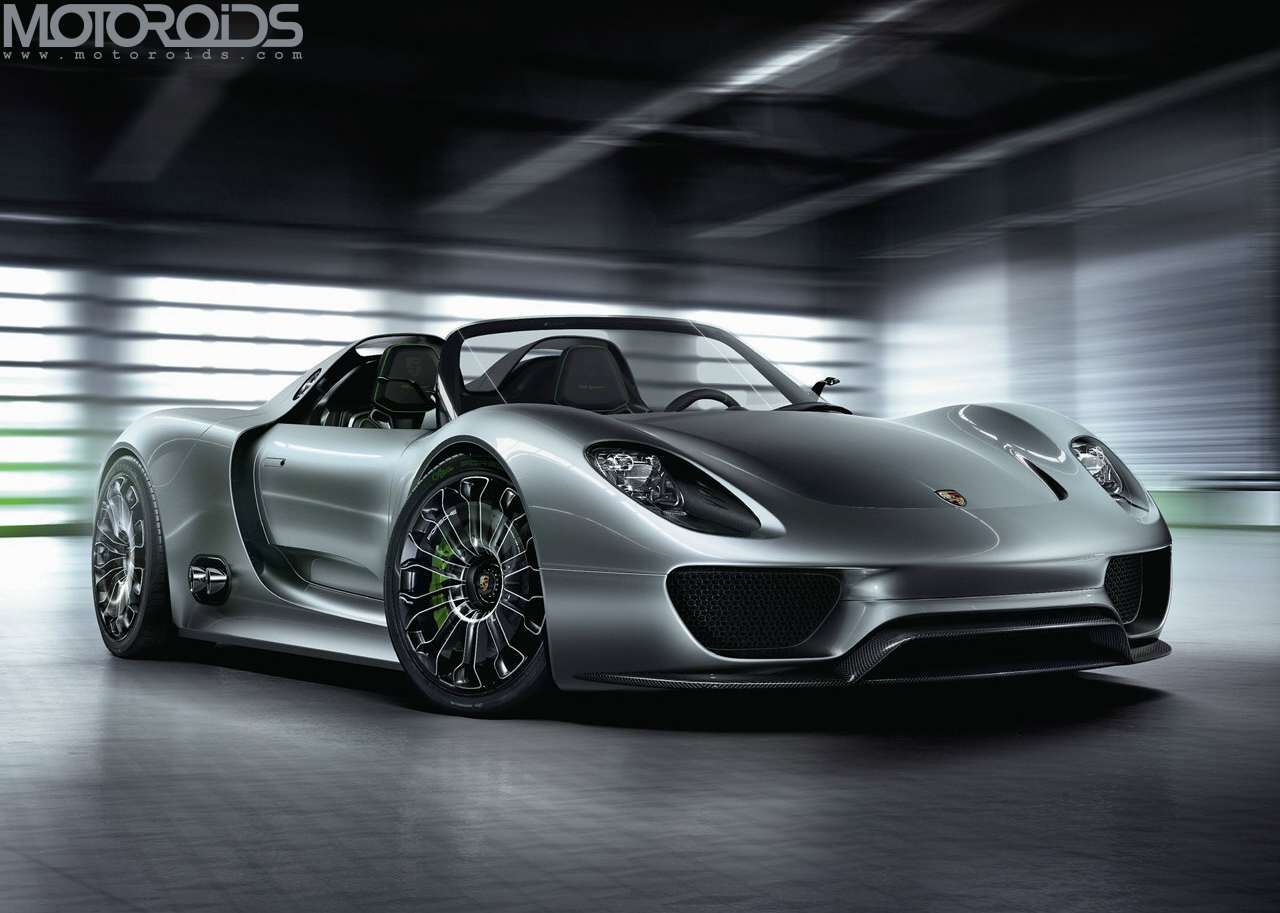 Porsche has officially put its latest 918 Spyder car on sale today. The sexy looking sports car features an innovative plug-in hybrid drive. The 918 Spyder is touted to consume a mere three litres of fuel per 100 kilometres. And this is when the car produces 500bhp of crazy peak power with its V8 engine, assisted by twin electric motors rated at 218 bhp.  The German company has launched the car at 645,000 Euro (a little more than Rs 4 crore). Country specific duties will be added to the base price. Only 918 units of the exclusive cars will ever be made for the sake of exclusivity.

Orders will be taken on a first come first served basis. Production of the 918 Spyder will begin from 18 September 2013 in a quasi manufacturing operation at Porsche’s main plant in Stuttgart-Zuffenhausen. Delivery will commence in November 2013.

The design’s DNA is derived from the Carrera GT and Porsche 917 sports car as well as the RS Spyder and is very closely modelled on the 2010 concept car. Unlike the concept car, however, the production version of the two-seater, based on a carbon fibre-reinforced plastic monocoque, features a manual roof system with removable roof panels that can be stowed in the front luggage compartment.

Power transmission to the rear wheels is by means of a compact, seven gear Porsche-Doppelkupplungsgetriebe (PDK). This configuration offers an innovative, variable all-wheel drive with independent control of the propulsion force on both axles. The energy storage unit is a liquid-cooled lithium-ion battery that can be charged from a conventional domestic power socket, delivering a range in excess of 25 km (16 miles) in the NEDC on purely electric power. The charging time depends on the country-specific mains network, being approximately three hours in Germany, for example. A quick charging option is planned to reduce charging time yet further.

It accelerates from a standing start to 100 km/h  in a maximum of 3.2 seconds and has a top speed of more than 320 km/h (199 mph). The Spyder is said to be capable of managing a lap of the Nürburgring Nordschleife in less than seven minutes and 30 seconds. The top speed on purely electric power is 150 km/h (94 mph).