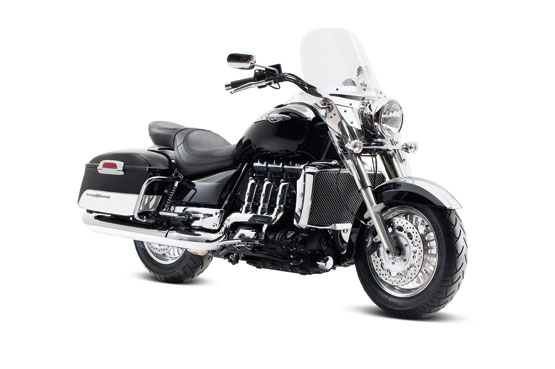 A few days back, we reported to you that Triumph Motorcycles is planning a foray into the Indian market. It’s official now, as the company has appointed its top management and will soon start selling its bikes through official dealers. Motoroids have received an official statement from Triumph towards this end.

Triumph has appointed Ashish Joshi as its Managing Director for India. Prior to joining Triumph, Ashish was heading the European operations for Royal Enfield and established the company’s business in Europe. He has over 16 years of experience in Asia and Europe.

Ashish is an MBA from London Business School and has an engineering degree from National Institute of Technology, Nagpur. He is also an alumnus of IMT Ghaziabad. Ashish has also worked with Royal Enfield, he joined the company in 1998. He later relocated to London in 2003 to set up the business for Royal Enfield in Europe.  Till recently he was heading European operations for Royal Enfield and has hands on experience of market entry and establishment of motorcycle businesses in various countries of Europe and Asia.

Commenting on Triumph’s entry to the Indian market Nick Bloor, CEO of Triumph Motorcycles, UK said   “India is a very important motorcycle market and Triumph has assessed it carefully before deciding to step in. We see it as the next step in our global business model. The appointment of Ashish Joshi is a signal of our seriousness about success in India. I wish him the best and look forward to comprehensive growth from the Indian market.”

First established in 1902 and now based in Hinckley, Leicestershire, UK Triumph Motorcycles has in recent years been the fastest growing motorcycle brand in the world.  Triumph Motorcycles produces a variety of motorcycles to suit the needs of a wide range of motorcyclists. There bike range includes the 2.3 litre Rocket III, the Speed Triple, the Daytona 675 supersport and the recently launched Tiger 800.

The statement doesn’t state anything about the launch date for the brand in India. Stay tuned, as we bring you more updates on the subject.

You can read our earlier story on the Triumph Motorcycles launch in India, and more about their bike models by clicking here.