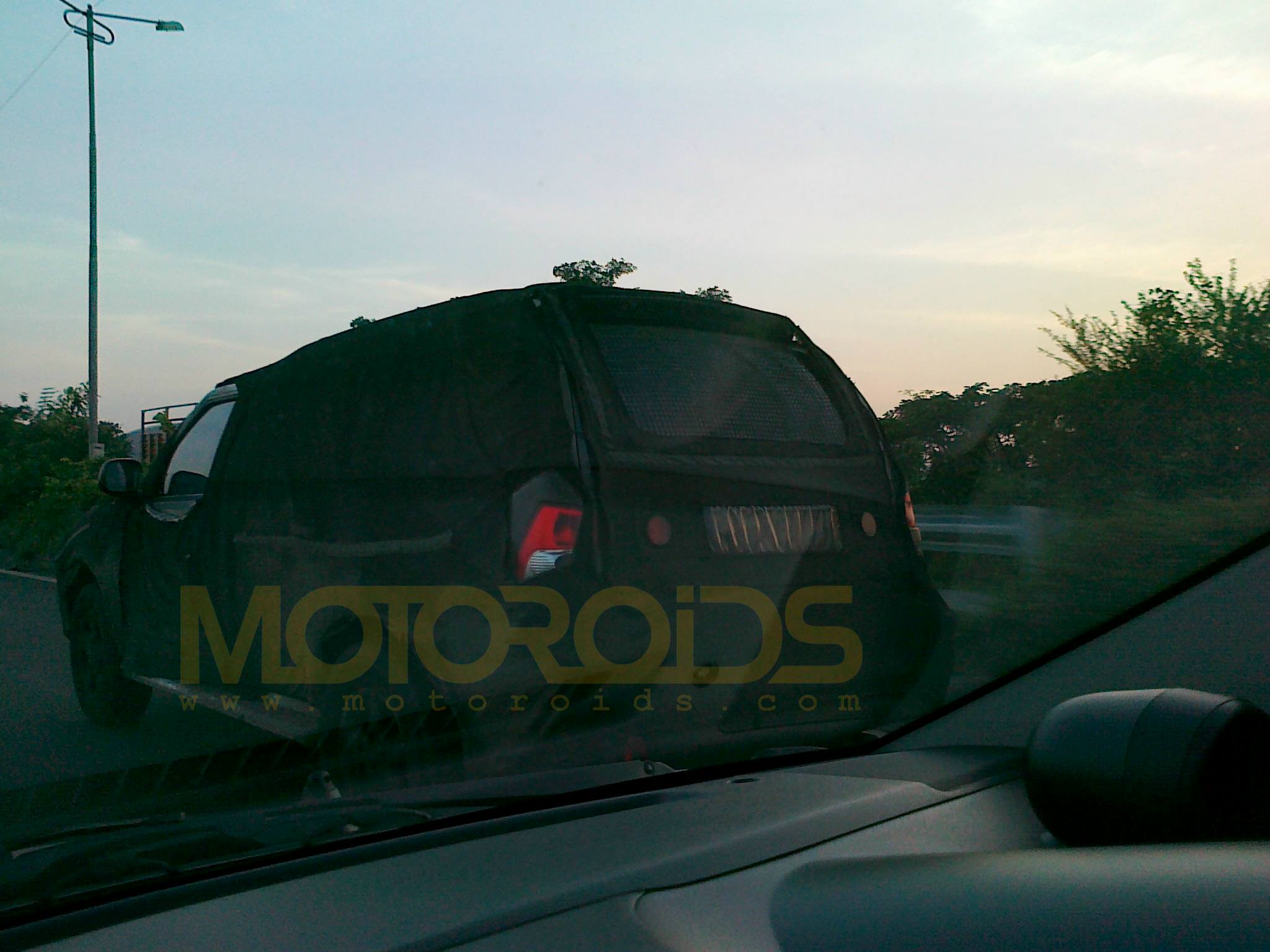 Finally, after being in the new for almost a year and being caught dozens of times on the cameras of motoring aficianados, the full dope on Foce Motors’ new SUV will be released tomorrow. The company intimated Motoroids about the development via a telephone call.Our regular readers would recollect that Motoroids was the first website to let the world know about the Guangdong Foday Explorer connection of the new SUV. The new SUV will be based on the Explorer III SUV from the Chinese carmaker, and will mark the proper foray of Force Motors into passenger cars.

Apart from the unveiling of the new SUV, the company will also reveal its name and logo. While we are not very excited by the overall shape of the new SUV as seen with claddings on, it should be interesting to see how it looks in bare skin. The unveiling of the vehicle, however won’t be its launch, and would only be a sneak preview for the media. The price and some other details about the car will be revealed at a later date

Targeted at a wide audience ranging from metros to the rural areas, the new SUV will employ a body bolted on frame chassis. It should be a good off-roader looking at the ground clearance, and a capable 4×4 system may well be offered in the higher spec version. We expect oodles of space inside, with decent kit levels and a seven seater configuration. The suspension for the car has been tuned by Lotus.

Gaungdong Foday Explorer III, on which the new Force Motors’ SUV is based

Powering this new SUV from Force Motors would be a Mercedes-Benz OM 611, 2.2 –liter CRDI turbo diesel. It’s an old engine, and used to propel the E-class back in 2000. Peak power and torque will most likely be rated at 140 bhp and 350Nm respectively. Those figures are quite impressive, and should be quite a handful for its competitors from the Tata and Mahindra stable. The engine will be mated to a five speed manual transmission. There are currently no chances of an auto option in the car.

Speculations and internal sources suggest that the new SUV will be priced in the region of Rs 11-12 lakh and will come equipped with features such as twin air bags and ABS.

We expect a July 2011 launch for the vehicle. Stay tuned for the first official pictures, specs, details and price of the car.