All over the world, hundreds of accidents and mishaps happen on the roads everyday. Some are major, some are dangerous, while some are minor. Now, here we have pictures of a BMW M5 rear-ending a Rolls-Royce Ghost. The cars involved in the accident were on their way to the Dutch premiere of the Need for Speed movie. 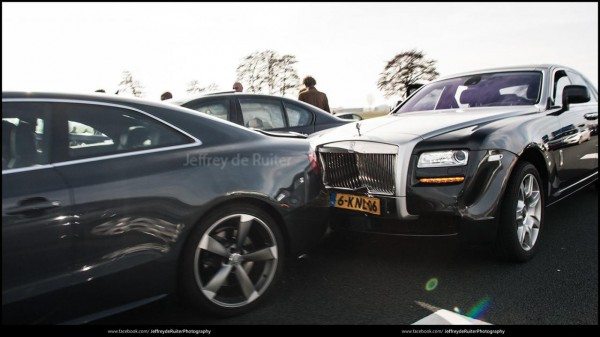 According to reports, the M5 driver was doing speeds of around 62 mph (100 kmph) even though the the traffic was heavy. But, seeing the extent of the damage, we can easily conclude the speed was less than what is mentioned above. Although the reason for the pile up isn’t known, we can say there could have been some situation where the Rolls Royce had to stop abruptly. 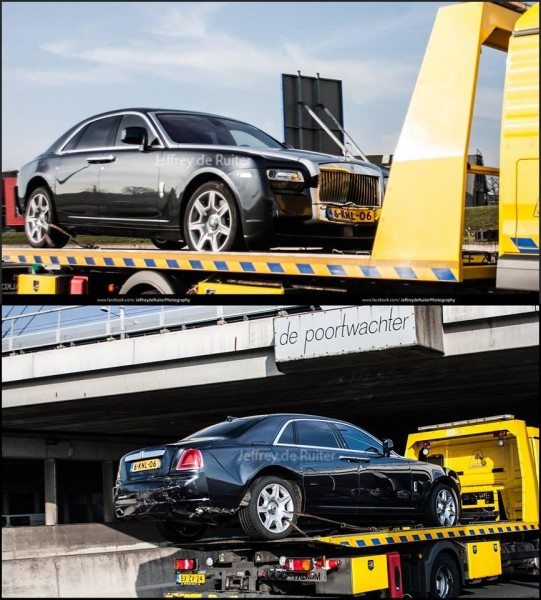 After the BMW M5 hit the Ghost from behind, the 2+ ton Rolls Royce rear-ended an Audi A5. Reports say that none the drivers or passengers were injured in the accident. The 3 cars, in total, suffered damages, whose repair cost will easily be as much as the price of a new entry level sedan. 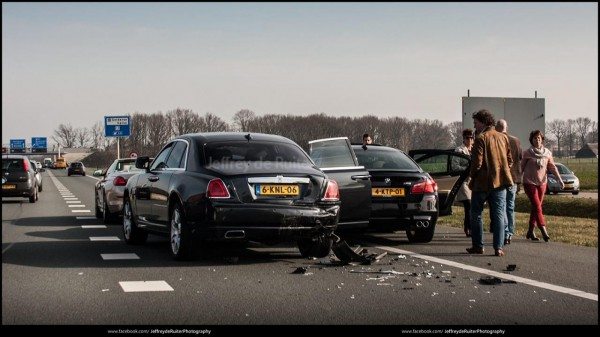 We hope all the three cars return on the road soon without any major problems.