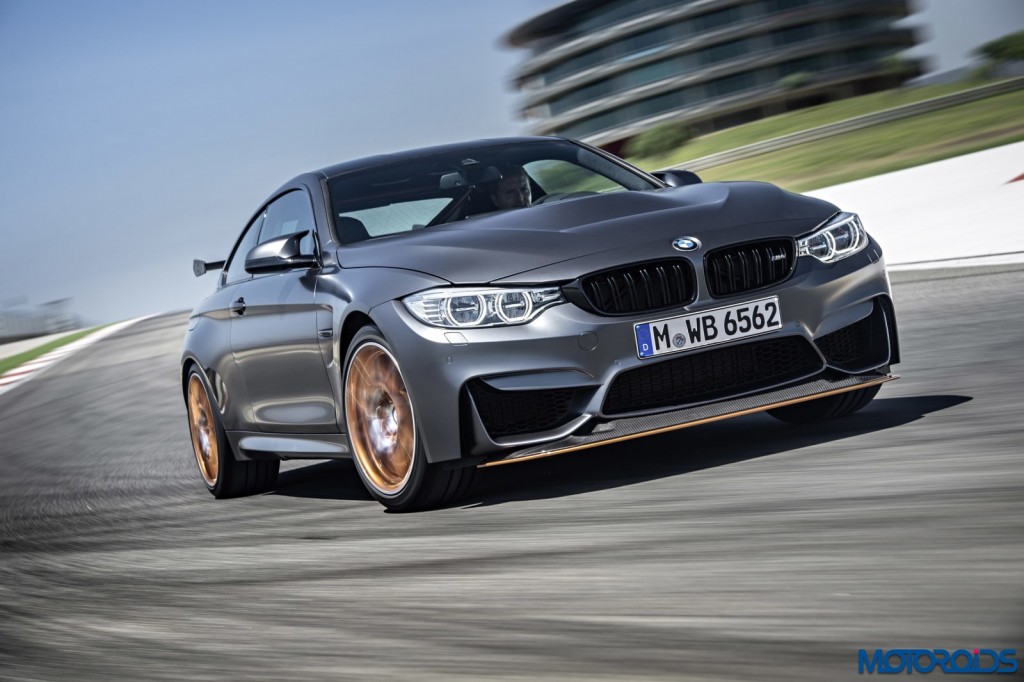 It’s here – what BMW calls the most agile and powerful M4 ever! Let’s get straight down to the numbers first. It employs the same 3.0 liter straight six twin turbo engine seen on the ‘vanilla’ M4, but thanks to the water injection wizardry and a few other tricks, gets 493bhp and 600Nm of torque. That’s an increment of 68bhp and about 49Nm over the M4’s unit. Only 700 of these exquisite machines will be built, with 300 of them meant to be sold only in the US.

The rear-wheel drive M4 GTS is claimed to reach 100km/h from a standstill in 3.8sec, shaving 0.3sec off the standard M4’s time. Top speed is an electronically limited 305km/h, up 55 km/h over the stock M4. And just in case those numbers aren’t good enough for you, it looks smashing, too! Desirability, with this one isn’t a matter of concern. 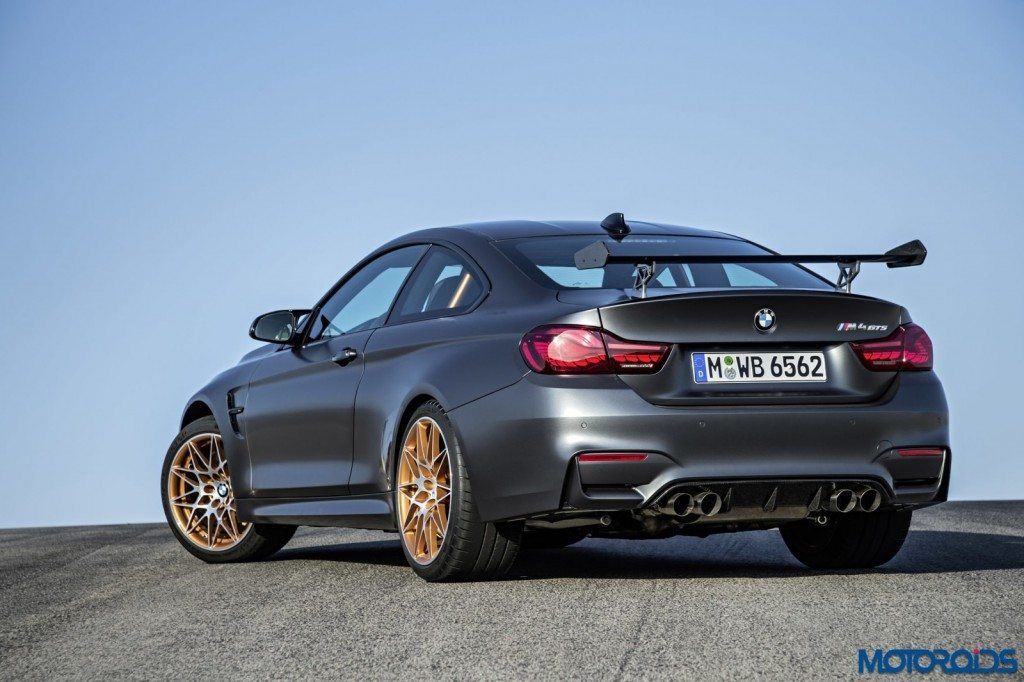 Transmission duties are taken care of by the seven-speed, M DCT dual-clutch unit. The transmission comes with three modes, along with a launch control option and the M mode which essentially lets all hell break loose.

The headlines with the new M4 GTS are its water injection system, a three-way adjustable coilover suspension, OLED tail lights, a blazing Nurburgring lap time of 7 minutes and 28 seconds and ultra lightweight construction that makes it much lighter than the M4. 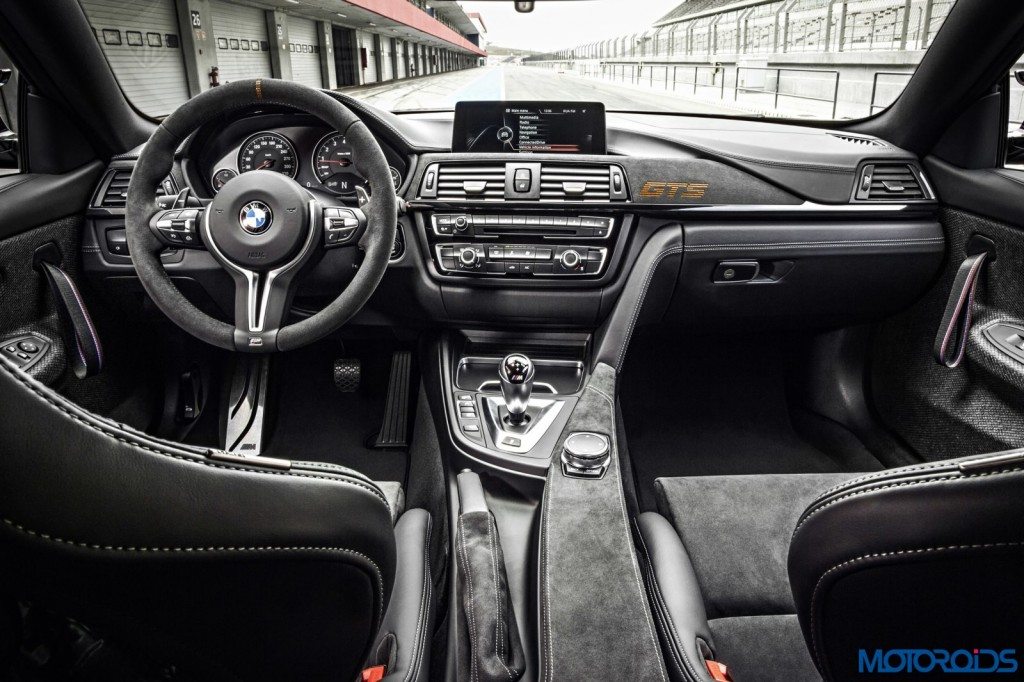 So what exactly is all that jazz about the new water injection system? Is it really a breakthrough or is BMW just drumming the tech up? Well, there sure are some serious advantages associated with the tech. Used first time ever on a production car, the technology involves sending a fine mist of water through the intake manifold to reduce the temperature of the intake air. This allows the final compression temperature to be lower, thus letting the engine operate at a higher boost pressure and with a better spark timing. All of that ultimately leads to power and torque related gains we talked about in the opening section. BMW says the tank that supplies water to the tech needs to be topped up every fifth time you fuel up under normal driving conditions. Under track driving conditions, however, it needs to be filled up after every tank up. 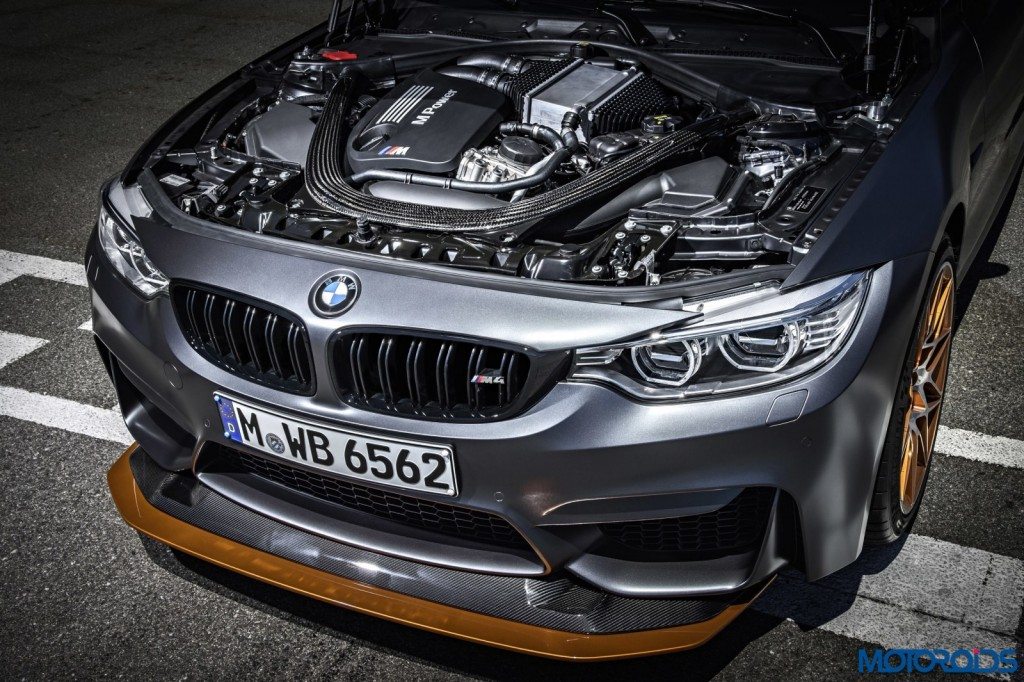 BMW have made the GTS very track focused, without taking away the everyday usability (much). In order to achieve that, aluminium and carbon fibre has been lavishly used across the car’s body. Extensive use of carbon fibre re-inforced plastic on body, interior panels and even the drive shaft makes the GTS much lighter than the standard M4. The car doesn’t even have the back seats. 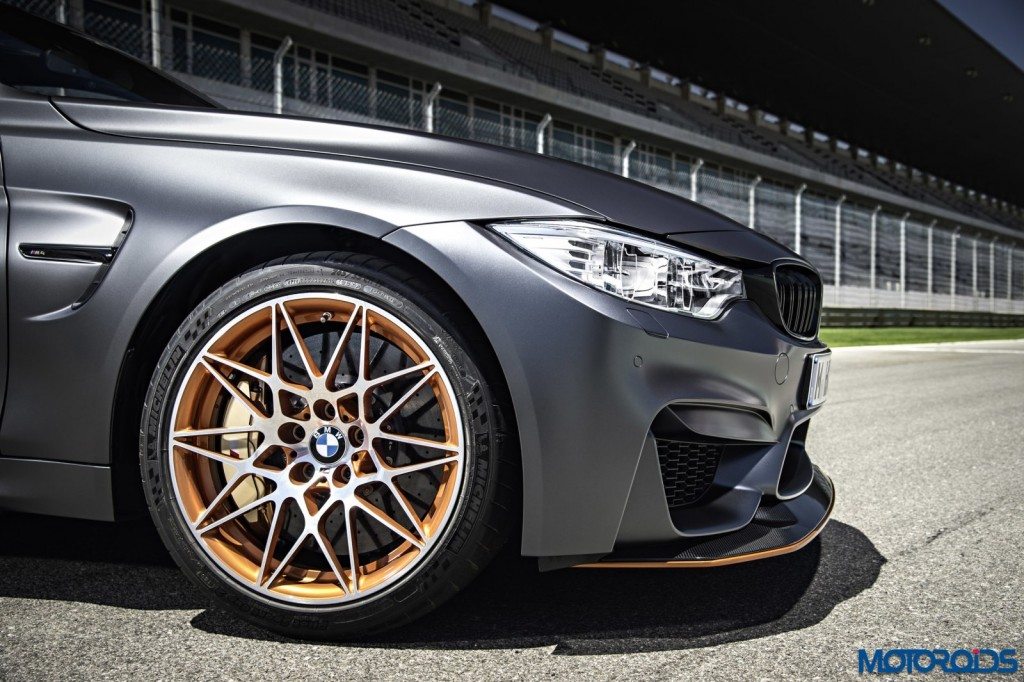 Playing an important role in the car’s dynamic ability are its new three-way M coilover suspension units which lend it unprecedented agility around the track. There are ceramic brakes too, as with great power comes great responsibility – as one Spidey once said. 19 inch wheels up front and 20 inchers at the rear wrapped in 265/35 and 285/ 30 Michelin Pilot Sport Cup 2 tires endow the car with the footwear to sprint like a champion athlete. 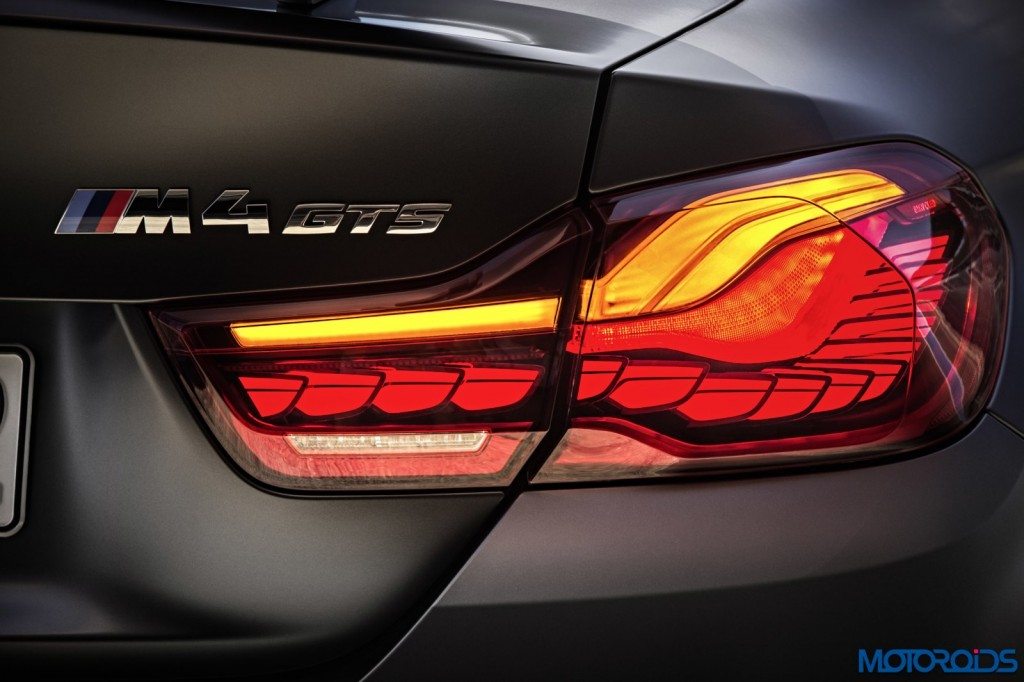 We have already talked about the OLEDs on the car’s tail lights – it’s another world first for a production car. For the uninitiated, unlike LEDs, which emit their light in the form of points, OLEDs light up over their full surface with a homogeneous effect. Their ability to trigger individual light modules separately allows fresh possibilities for a distinctive lighting design – both at night and daylight.

So does the new GTS light up your fire? What makes it unique for you? Or what would you buy in its place? Do let us know through our comments section, or give us a poke on one of our social channels. Here’s an exhaustive image gallery of the car