Munich headquartered BMW has announced the 6-Series Gran Coupe Bang & Olufsen edition for the US. The special will kick off at $116,240 including a $950 destination and handling fee – in the United States. 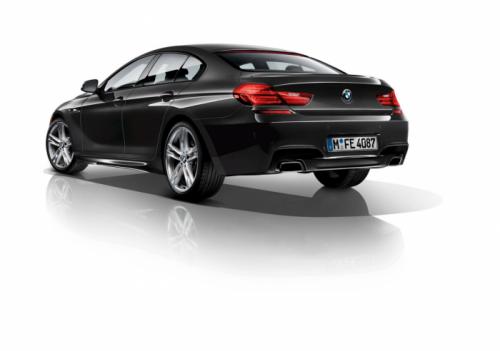 Customers looking for an even sportier driving experience can choose one of ten BMW M6 Gran Coupe “BANG & OLUFSEN Edition” vehicles, equipped with the Competition Package that enhances the most powerful engine ever fitted to a BMW production vehicle by raising its output from 560 to 575 hp. The $152,423 M6 Series Gran Coupe Bang & Olufsen edition goes a step further as it is equipped with all the aforementioned equipped as well as embroidered headrests. Buyers also get a set of Bang & Olufsen BeoPlay H6 headphones.

The aforementioned vehicles are equipped with the Bang & Olufsen High End Surround Sound System with special loudspeaker grilles in a brushed black aluminium finish which. With 16 active loudspeakers powered by 1,200 watts, the Bang & Olufsen system has all the power it needs to deliver rich, convincing sound.

The company is currently accepting orders and the first deliveries are scheduled to happen this summer. Production will be limited to 100 units of the 650i / 650xi Gran Coupe and 10 units of the M6 Gran Coupe.