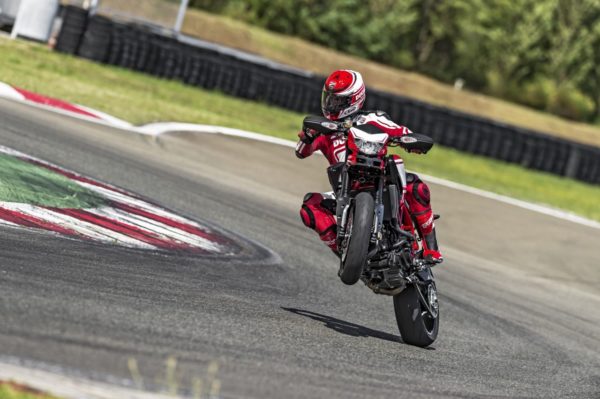 Powering the 2015 Ducati Hypermotard SP is a 821cc 11-degree Testastretta engine that churns out 110 hp. The Hypermotard SP model gets three selectable power modes – Race, Sport and Wet. While the Race and Sport mode unleash all the 110 horses, the Wet mode tunes down the engine to 75 hp. 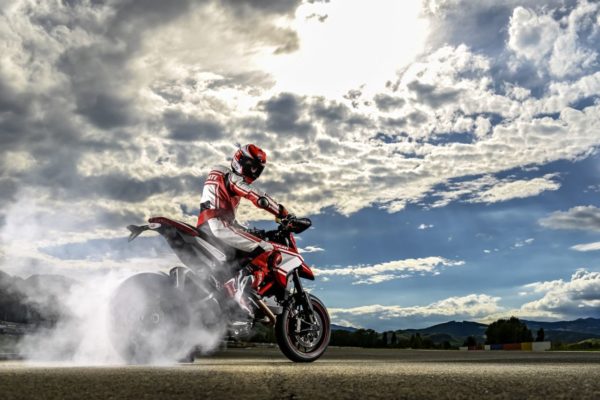 The motorcycle is also loaded with three-level ABS and 8-level traction control. And if you are from the lot who enjoys cornering on mountain twisties, you are in for a treat as well. The new Hypermotard SP can lean at an angle of up to 47.5°.

Other features of the Hypermotard SP include a fully adjustable 50mm Marzocchi USD fork, fully adjustable Öhlins monoshock, 17-inch Marchesini 3-spoke forged aluminium wheels, and Pirelli Diablo Supercorsa SP tyres (120/70 front, 180/55 rear). The front mudguard and engine covers are all carbon fibre which bring the weight of the the bike to 171 kilos dry.

The new Ducati Hypermotard SP will hit the showrooms from September this year. The price has remained same as the previous model as the new Hypermotard SP would carry a tag of USD 14,995 (approximately Rs 9.03 lakh).

Checkout the image gallery and tell us what do you think of the new Ducati Hypermotard SP? Share your thoughts through comments below.