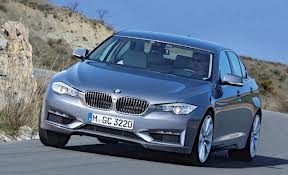 Official word is out that the Indian subsidiary of BMW will launch the BMW 5 Series facelift (LCi in BNW speak) on October 10. It may be noted that the 5’er facelift went on sale in Europe earlier this year and it seems like the advent of the E Class facelift has compelled the arch rival to bring the updated E Class to India.

The BMW 5 Series LCI comes with a mildly revised exterior styling that includes a new bumper, new foglamps and a dash of chrome above it. The car also gets trafficators on the ORVMs, new taillamps, more chrome at the rear and a slightly updated rear bumper. BMW claims that the updated 5 Series has a lower drag coefficient of 0.25.

On the inside, the changes are even more subtle than the outside. The updates include a sprinkle of chrome around the multimedia display and a touch-sensitive input pad for its iDrive.

The car will continue to come feature-laden and also gets optional Adaptive LED Headlights..

Engine options are most likely to be carried over from the pre-facelift model. BMW 5 Series price in India is also expected to remain unchanged.