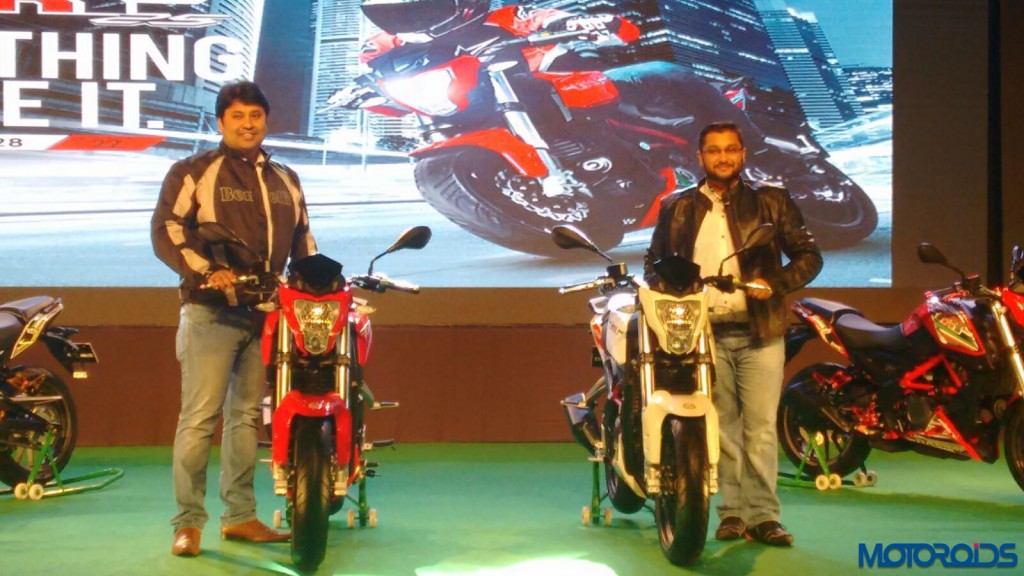 The much awaited single cylinder powered motorcycle from Benelli, the TNT 25, also the smallest displacement model from the Italian two-wheeler brand in the sub-continent, will make its debut on Indian shores today. Unveiled at the the 2015 EICMA motorcycle show in Milan, the new TNT 25 will represent Benelli in the 200-250cc segment and will lock horns against the much successful KTM 200 Duke, the Honda CBR250R and the heavily tested Mahindra Mojo.

The Benelli TNT 25 draws power from a 249.2 cc, single cylinder, liquid cooled DOHC engine. This single-cylinder puts out a peak power of 28.15 bhp at 9,800 rpm and a maximum torque of 21.61 Nm at 8,000 rpm and comes mated to a 6 speed transmission. While the naught to 60 kph time are not yet available, the claimed top speed stands at 145 km/h. The TNT 25 also gets a massive 17 litre fuel tank which should help the motorcycle munch more miles between fuel stops than most of its competitors.

Stay tuned to this page for more updates from the launch event. 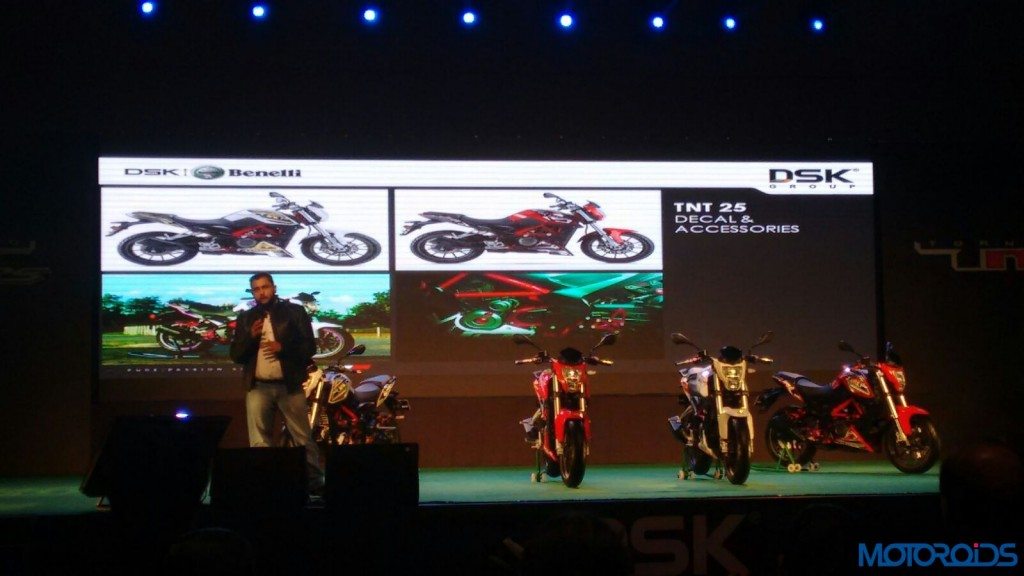 The motorcycle will be available in two variants, based on the tyres installed. The base variant, equipped with MRF tyres, is priced at Rs 1.68 lakh while the Metzeler installed variant costs Rs 1.75 lakh (both prices are ex-showroom Delhi). DSK-Benelli says that the prices will stay the same at least for the next 12 months. Buyers can choose from three set of decals.

The motorcycles are yet to receive ABS but Benelli has said that the ABS equipped models will reach the showrooms in next six-eight months. Benelli has also said that it will be developing its own ABS system. 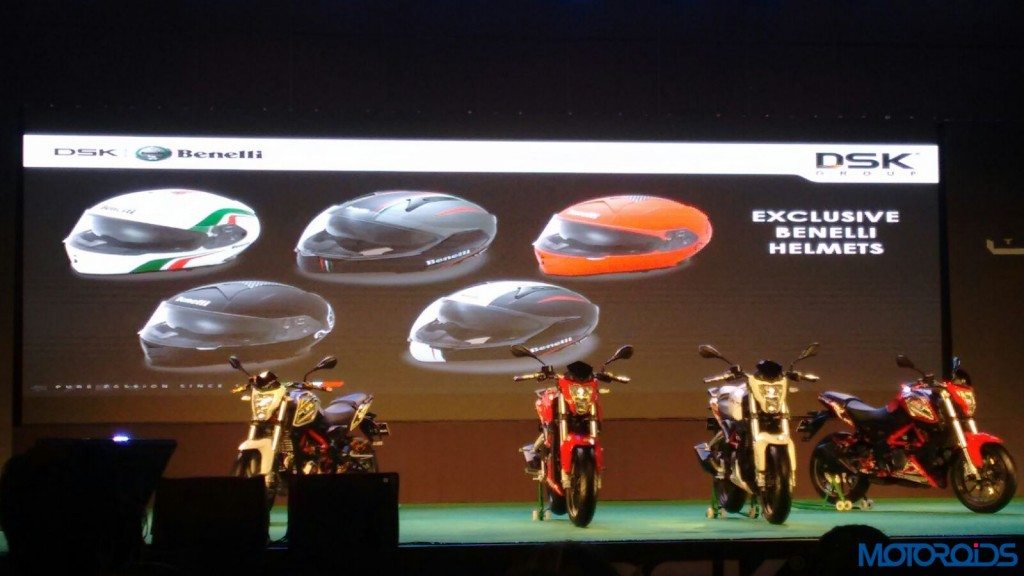 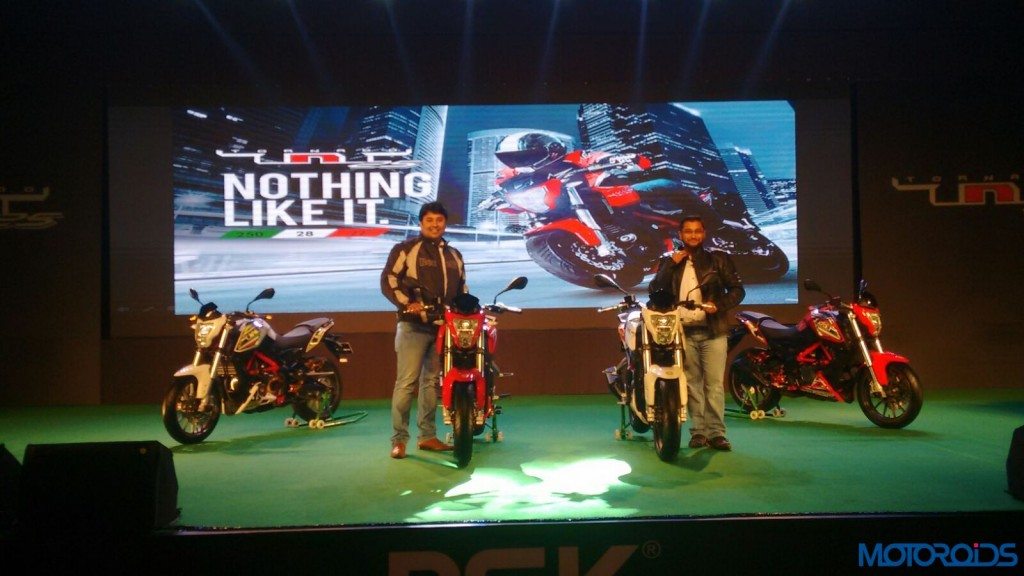 Benelli also claims that the TNT 25 has received improved exhaust note and ground clearance for the India spec models. More than 250 units have already been booked and the Italian two-wheeler brand expects to sell 6,000 units of this motorcycle. 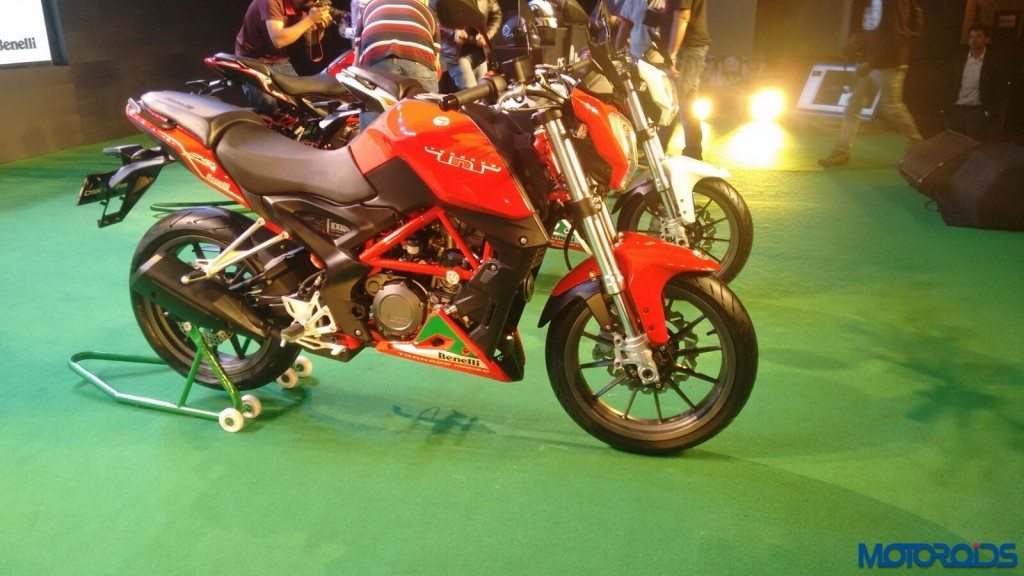 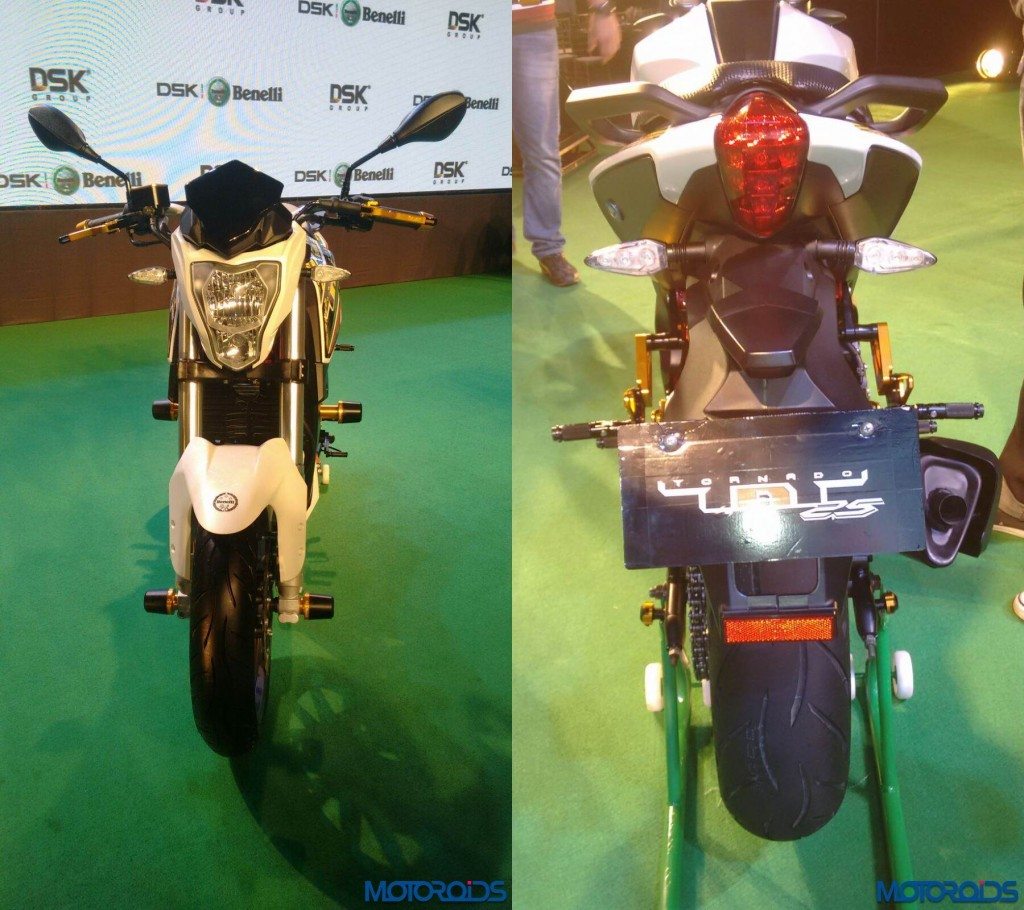 Here is the updated image gallery of the new Benelli TNT 25: