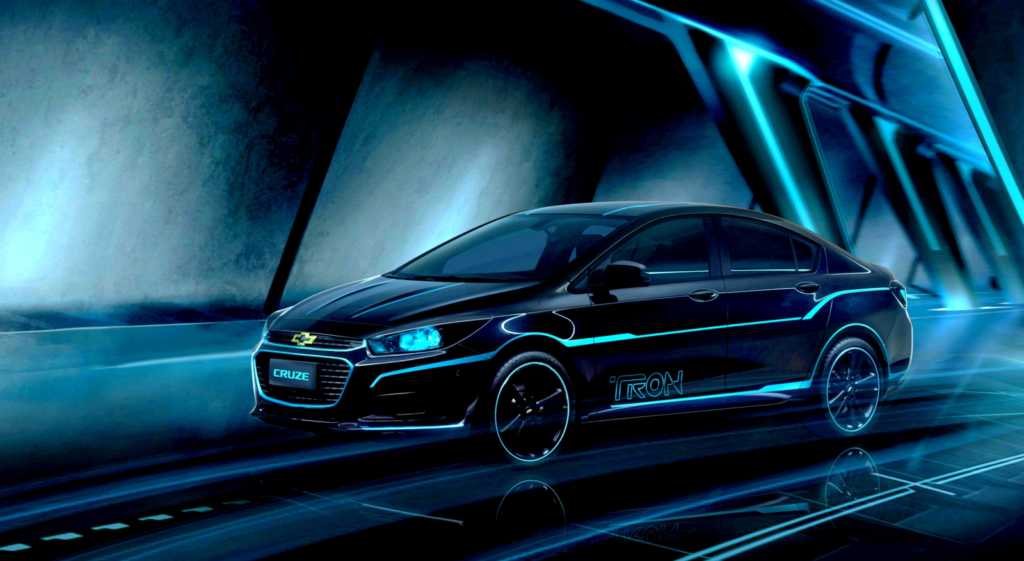 The Beijing Motor Show is full of surprises, as some of the automaker’s pavilions are dripping with elegance while some booths are filled with products that are just downright wacky. Here is one out of the good lot and it comes directly from General Motors’ event pavilion. The company’s very own brand – Chevrolet has showcased the Cruze sedan at the event that stands in a dark theme inspired from the Disney film – TRON: Legacy. The movie-inspired show car has been put up in the event by Chevrolet because the carmaker happens to be the official automotive partner of Shanghai Disney theme park and Resort that is scheduled to open on 16 June 2016.

The Cruze show car has been developed by Chevrolet in partnership with The Walt Disney Company China. It pays tribute to the experience of speed and power from the 2011 science fiction movie while conveying Chevrolet’s vision for personalized cars of their future line-up. On the visual front, the Cruze looks mystique with the dark theme and contrasting highlights. The TRON treatment on the car is just skin deep and does not change the shape and size of the sedan. The sharply styled front fascia gets a tad more aggressive with the blue coloured lines underlining the front grille and outlining the air dam. The headlamp units illuminate with a similar shade of blue. Many such strips run around and across the sedan in order to emphasize on the TRON: Legacy inspiration. 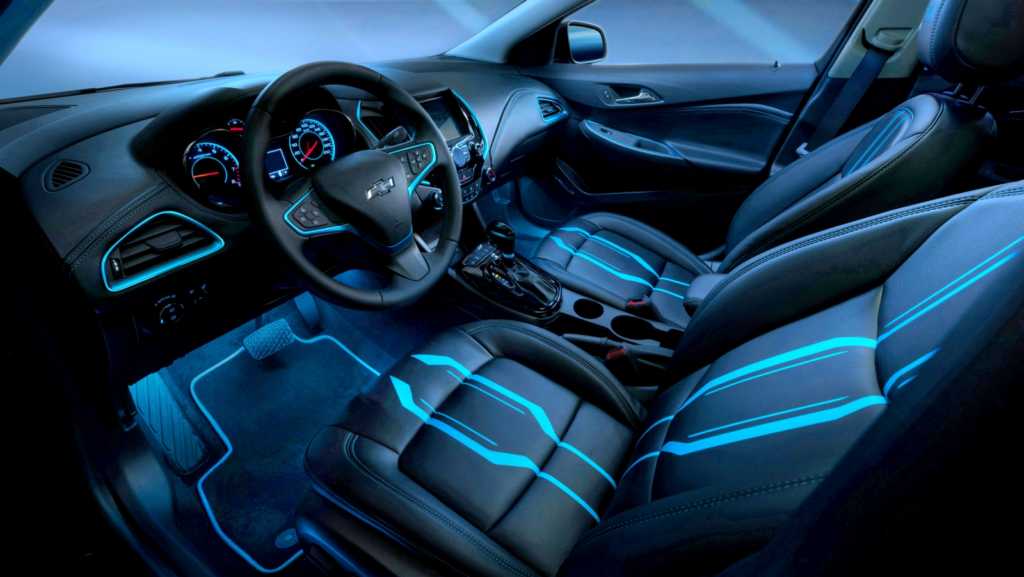 A single blue line runs from the below the headlamp unit along the front wheel arch, slicing through the doors and jumps above the rear wheel arch to finally meet the tail lamps. Similarly, a line of the same colour runs from under the doors meets the rear wheel arches and continues to the rear further underlining the rear bumper. The bonnet is decorated with such strips too which then gets continued from the roof to the tailgate as well. The rims also feature a blue highlight around its circumference. Just like the headlamps, the tail lights light up in the blue-to-green shade as well. The TRON logo is pasted on both the front doors.

That’s not it, the interior features a heavy dose of the lines and strips running all over. The Cruze show car has Chevrolet’s signature flowing dual-cockpit design that is accentuated by blue lines across its seats, instrument panel, steering wheel and center console. Ice blue ambient lighting adds to its futuristic appeal. The Beijing Motor Show will go on for a few days and many more concepts, show cars will be up for display and we shall keep the updates flowing in through our website, so stay tuned for more action from the show from Chinatown.