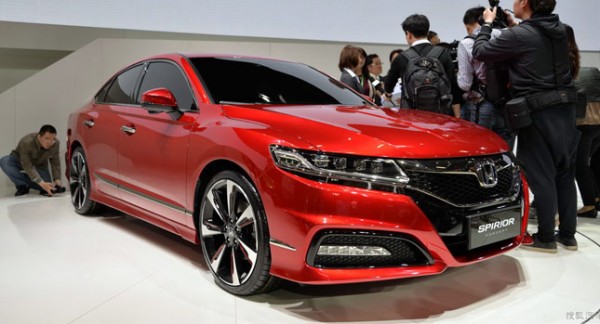 Half a decade after Honda and Chinese partner Dongfeng Honda Automobile started manufacturing the Spirior, which is nothing the 8th-gen European and Japanese Accord, the Chinese JV has come up with the 2015 Honda Spirior concept, which will spawn the next gen Accord for China. This concept has been showcased at the ongoing Beijing Auto Show (Auto China) 2014.

The new 2015 Honda Spiror has a hint of the Acura TLX in it and as per Honda, “the all-new Spirior achieved significant advancements in exterior design, dynamic performance and technologies as well as safety features“. The production spec 2015 Spirior is expected to be out by end of this year. The new 2015 Honda Spiror concept is powered by Honda’s 2.4-liter direct injection four cylinder gasoline engine that is mated to an 8 speed DCT transmission. The powertrain will be carried over to the production model.

There are good chances that the 2015 Spirior will be loaded to gills with high tech features and gizmos. Some of these would be head-up display, lane departure warning and a blind spot display system. 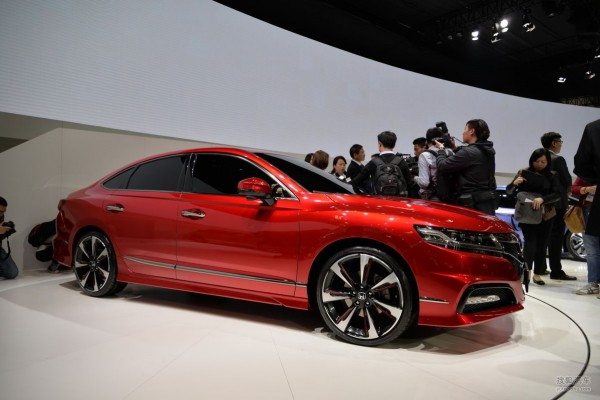