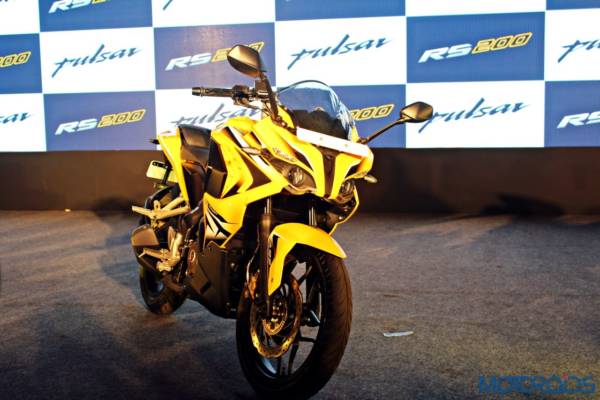 The highly awaited Pulsar RS200 has been revealed at a gala event and Bajaj has managed to price it competitively with ex-showroom Delhi price tag of Rs 1.18 lakh for the non ABS variant and Rs 1.30 lakh for the ABS variant. But what exactly are we talking about when we say “NEW Pulsar”? We stack up all the information from the launch event along with a detailed image gallery for you to know the product better. Let’s start with the design first. 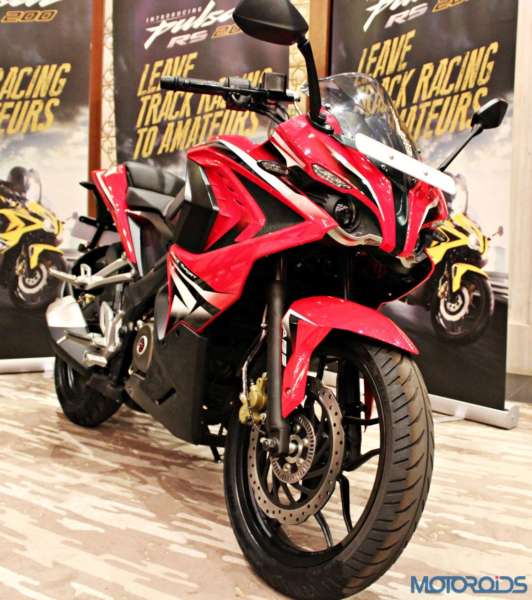 The styling is fresh as the Pulsar RS200 has been designed from ground up and receives a newly designed sporty front fairing and twin projector headlights with LED pilot lamps. A two piece LED tail lamp jewels up the motorcycle along with KTM like LED turn indicators. The motorcycle has been designed to appease a larger base of audience and Bajaj claims to have packed in performance with comfort in the Pulsar RS200. 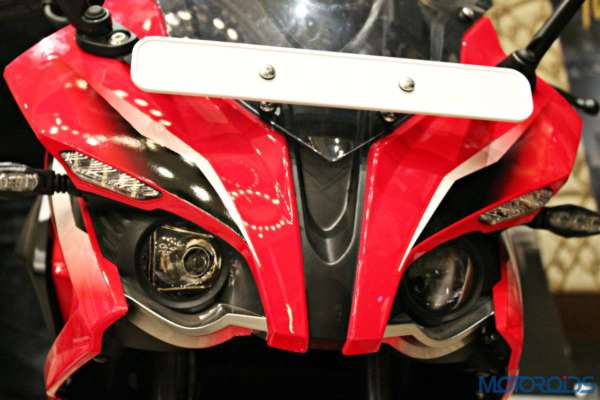 The RS200 does not receive an underbelly exhaust but a midship race exhaust is claimed to deliver a throaty sound. The muscular bodywork wraps the Perimeter Frame which is said to offer high stiffness-low flex for better handling. The handlebar is positioned reasonably high offering a comfortable, city commute friendly riding stance. The split seat, as we swung a leg around it felt accommodating enough for two fully grown adults. However, to evaluate the comfort offered on the move, we will have to wait till we get our hands on the motorcycle for a detailed review. 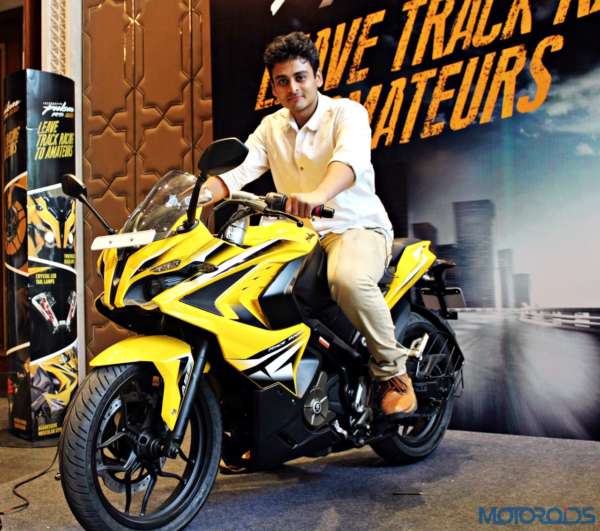 In terms of power, the Pulsar RS200 will receive a 4-valve Triple Spark DTSi liquid cooled engine. As we reported earlier, the Pulsar RS200 benefits from fuel injection and delivers higher power output figures than the Pulsar 2000NS. The 199.5cc motor is capable of churning out 24.5PS of power at 9750 RPM and 18.6 Nm of torque at 8000 RPM. Tagged as the “Fastest Pulsar Yet” the Bajaj Pulsar RS200 can reach a claimed speed of upto 141 kph. The Pulsar RS200 can carry 13 litres of fuel in its tank which should offer decent range. 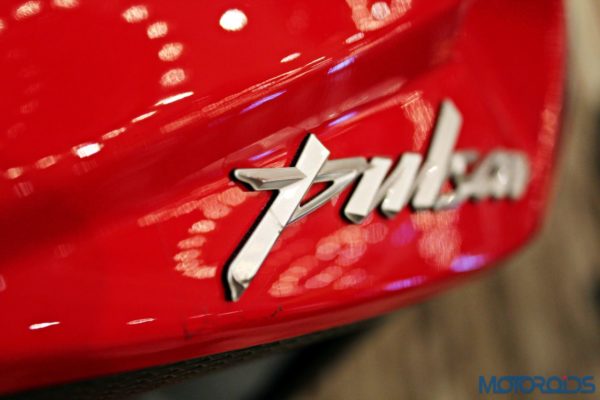 A Telescopic anti-friction bush suspension at the front and a Nitrox mono shock with canister at the rear carry out the suspension duties. A 300mm disc with ABS at the front and 230mm disc at the rear perform the duty of dropping the anchors. The ABS, however, is an optional feature and will make you poorer by Rs 12,000 over the the standard model. Now although the technical specification hand-out distributed at the launch event indicated that the Pulsar RS200 will get a front ABS, we could spot an ABS ring on the rear disc brake as well.

Here is the image gallery of this newly launched Bajaj Pulsar RS200: 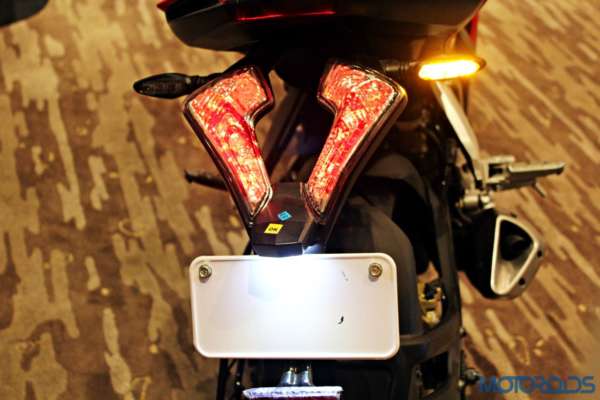 The two-piece LED Tail light is a refreshing addition 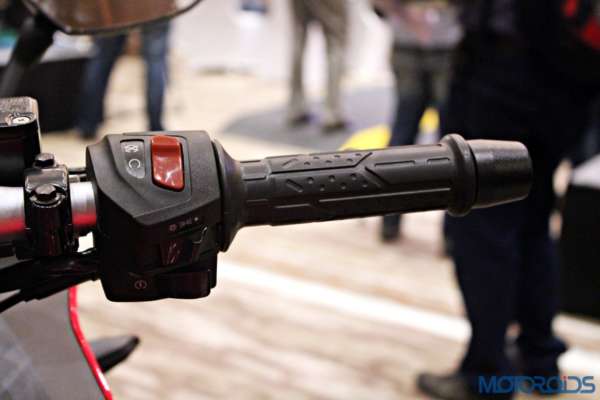 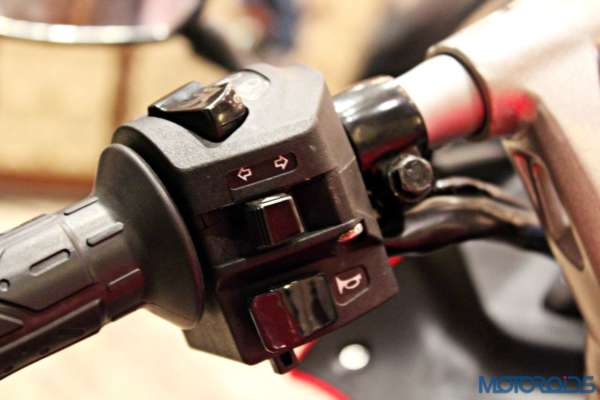 The switch gear and instrument cluster are borrowed from Pulsar 200NS 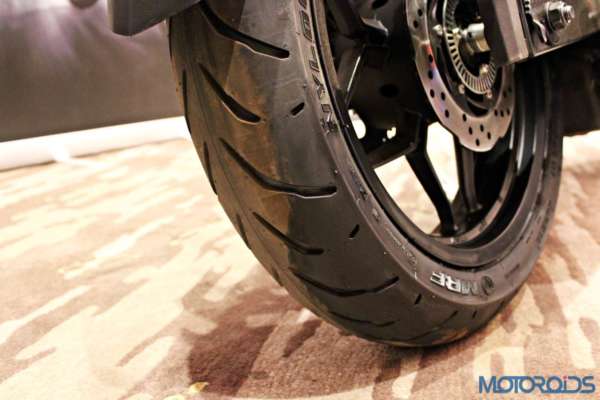 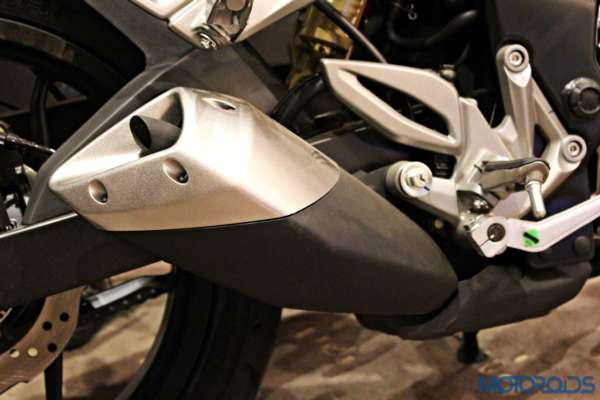 The sporty exhaust is said to deliver a throaty sound 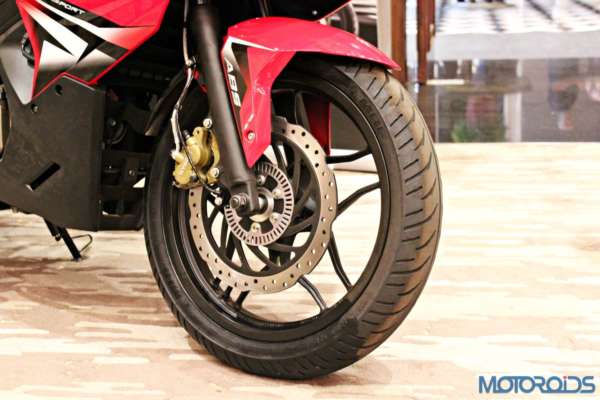 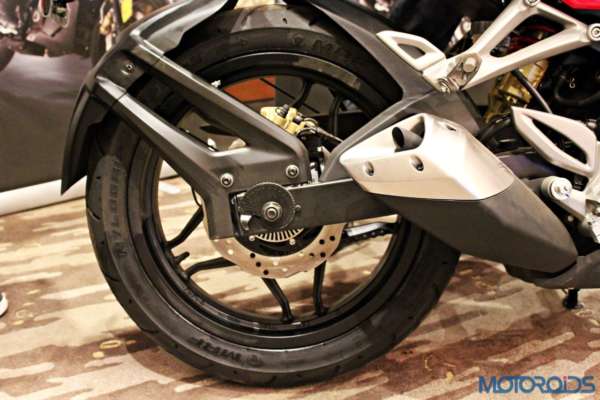 Although the hand-outs at the event suggested that the Pulsar RS200 will receive only front ABS, we did spot an ABS ring on the rear disc brake as well 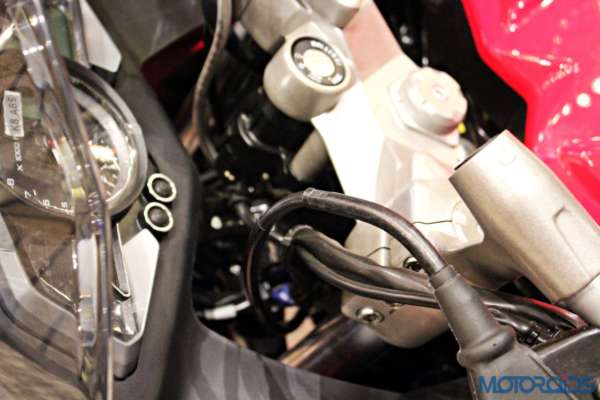 Here are the technical specifications of the motorcycle:

The motorcycle is already available at select Bajaj dealerships. Bajaj may have struck the right chords with the pricing but we are yet to see the audience’s reaction. Do let us know your thoughts and opinions with us through the comments section below.