Here is the official press release of the Bajaj Pulsar 135. Bajaj blokes are calling the sub-150 Pulsar. 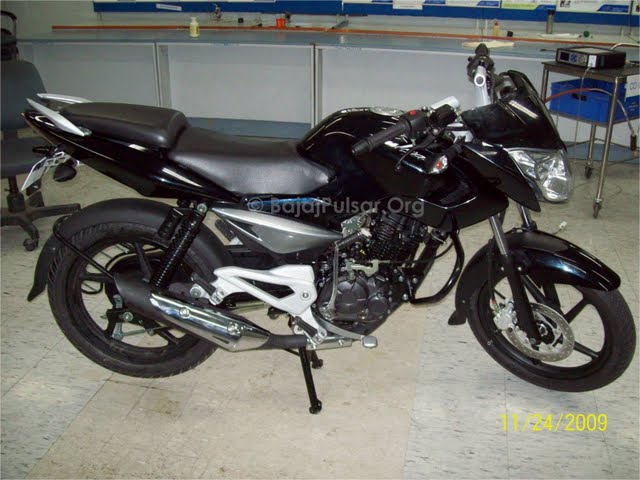 Pulsar has already seen a tremendous 80% jump in sales over the last 6 months. The Q2 2009-10 average sales were 45000 units per month as compared to average sales of 25000 units per month in H2 2008-09 and have reached an overall share of 50% in the sports segment. This can be attributed to launch of the Pulsar 2009 edition and a marked change in the marketing paradigm where Pulsar has made a conscious effort to be a part of the youth culture and thus the “Fastest Indian” was born.

The new sub-150cc Pulsar will sport a brand new design and a power train.  This is a step towards democratizing the thrill of biking in line within the overall Pulsar strategy of broad basing performance.  This bike will add to the already strong line-up of the Pulsar 150cc, 180cc and 220cc bikes. The new bike will be at an attractive price point which will accelerate the growth of sports segment in this country. With this new bike, Pulsar is expected to touch the 1 million mark in 2010.

The all new sub-150cc Pulsar will be launched on 9th December 2009. To know more about the new Pulsar, catch the teaser on goodbyetraffic.in