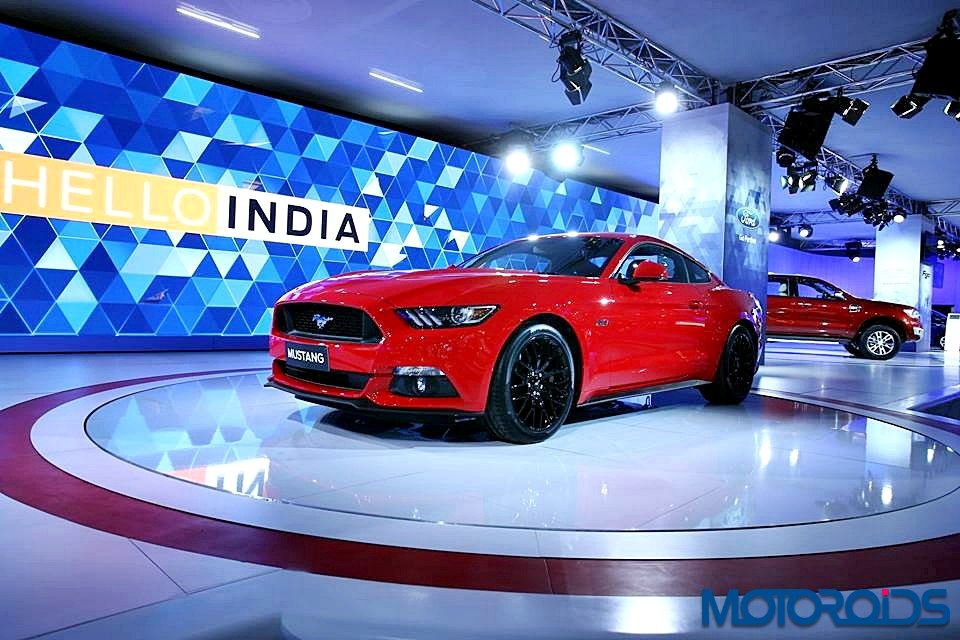 One of the biggest stars of the 2016 Auto Expo was indisputably the new Ford Mustang. Although unveiled to the Indian public in a ceremony before the Auto Expo debut, the Mustang managed to attract mortals of all genders and age to the Ford pavilion in large numbers. 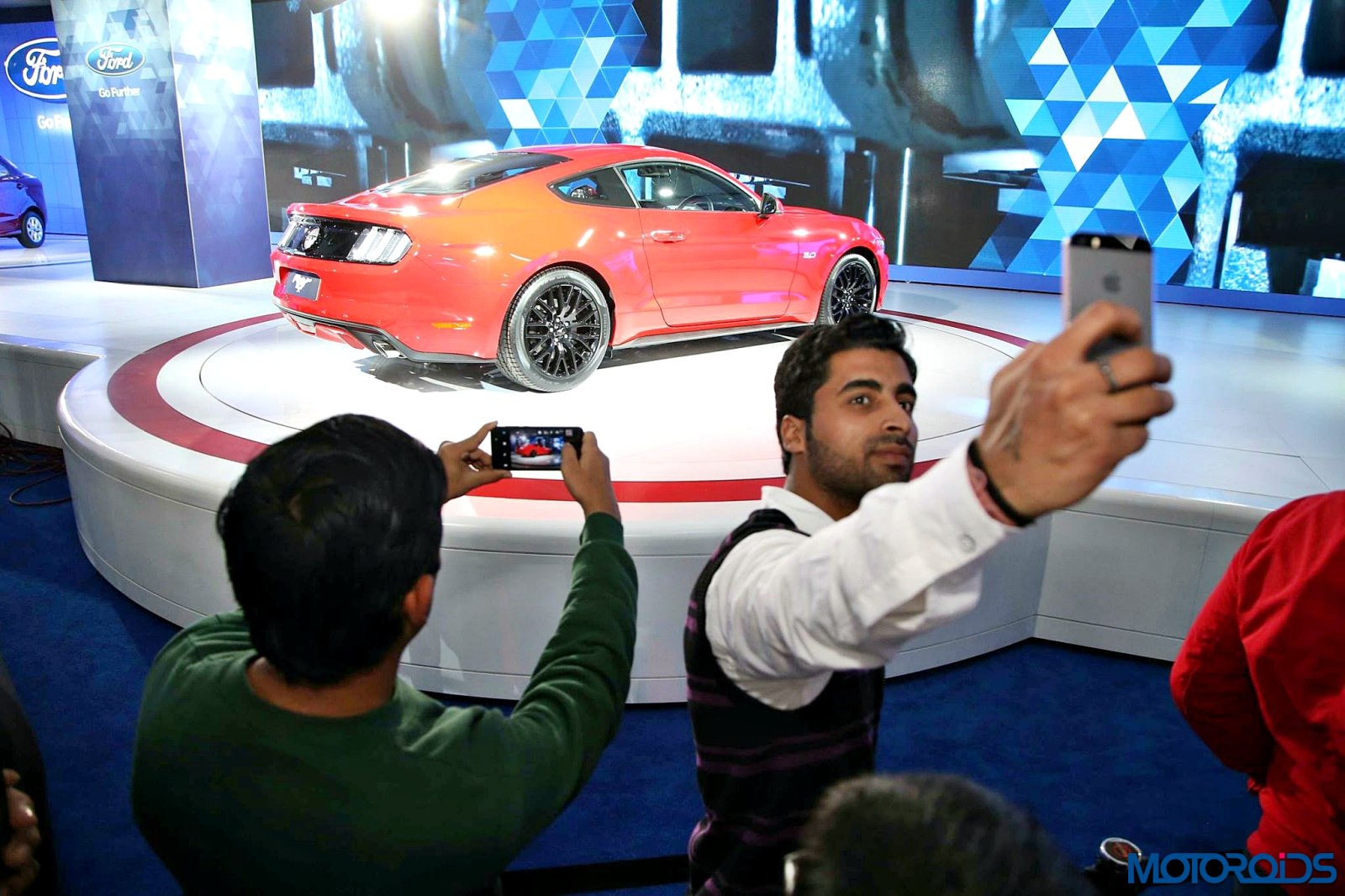 Power is put down to the tar via rear wheels with help from the optionally available six-speed SelectShift automatic transmission that features paddle shifters on the steering wheel. A six-speed manual transmission with launch control is also available internationally, though it won’t make it here.

The Mustang comes equipped with top notch gear such as Brembo brakes with 6-piston front callipers, Electronic Line-Lock, Electronic Stability Control (ESC) and for the first time in Mustang history – an all-new integral-link independent suspension set-up at the rear. 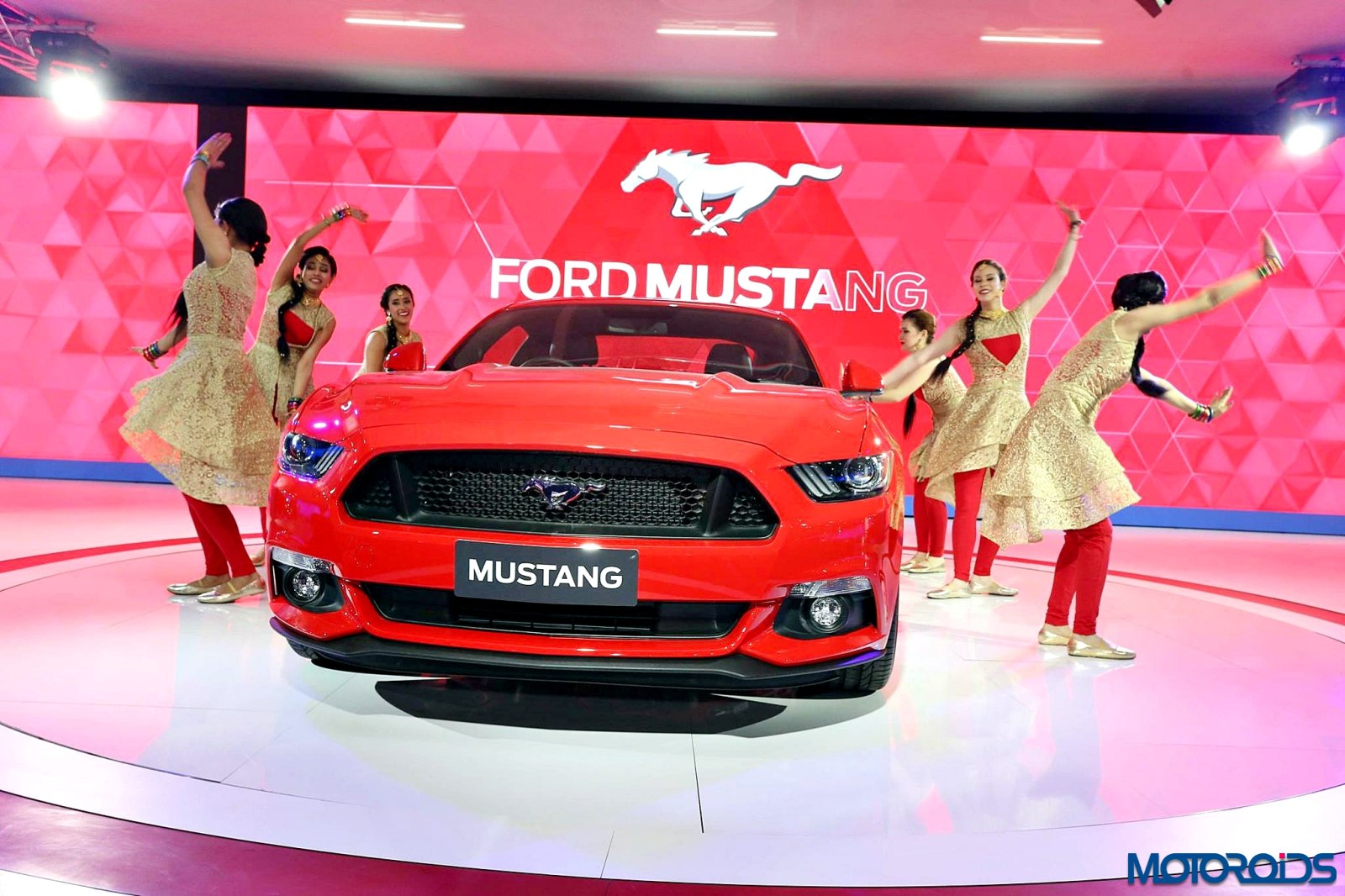 The new Mustang features Ford’s SYNC connectivity system that allows drivers to control their in-car entertainment using voice commands, keeping their hands on the wheel and eyes on the road. Features like navigation, push button start, passive entry, power folding mirrors, and a rear camera come as standard on the all-new Mustang.

Resplendent in an iconic red colour, the Mustang seen striking a pose with thousands of fans in their selfies. Check out the pony car in all its glory in the images below