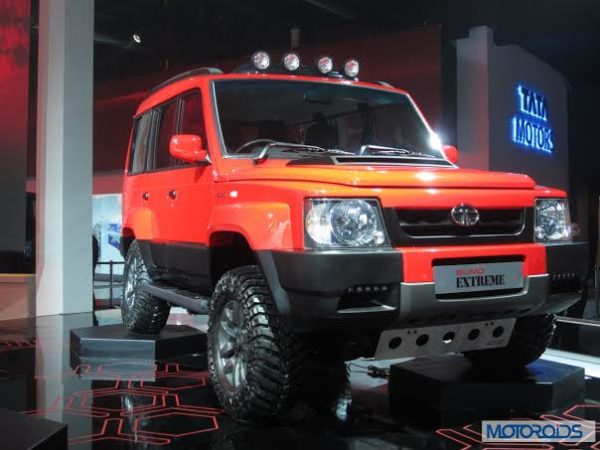 We have been reporting in detail about the the  Auto Expo 2014 and while we have already posted in plenty about the recently unveiled Tata Zest and Tata Bolt, here we have some images of an interesting concept at the Tata pavillion at Auto Expo.

Seen here in these images is the new Tata Sumo Extreme, which is basically a Sumo Victa with some basic but very effective modifications, which go a long way in infusing some freshness to this vehicle from the ‘grandpa generation’. 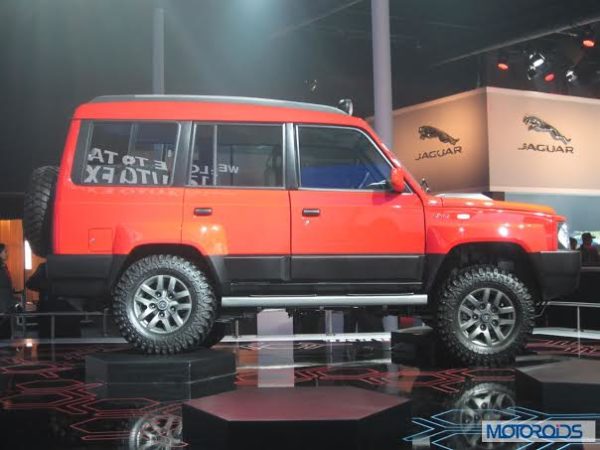 Firstly, this Sumo get a bright orange paintjob that has been complimented by black painted bumper and body cladding. The MUV also boasts of 5*2 spoke alloy wheeks, which are finished in matte grey. This SUMO also gets a set of roof-mounted auxillary lamps, blacked-out pillars, black tinted windows and matte grey roofrails. 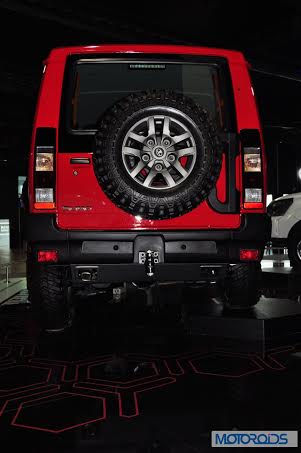 The rear end of the Tata Sumo Extreme gets a tow-hook mount and black surround for the rear windscreen. Engine details and specifications for this concept have not been revealed and it is highly probable that powering this vehicle is the same motor that powers the regular model. Which means that the Tata Sumo Extreme is powered by the same 2.0 litre, four pot, diesel engine that powers the production model. This motor makes a measly 68PS of max power and 117Nm of peak torque. The motor comes mated to a five speed manual gearbox and the Sumo has independent suspension upfront and leaf-springs at the rear.

Go to next page for more Tata Sumo Extreme images