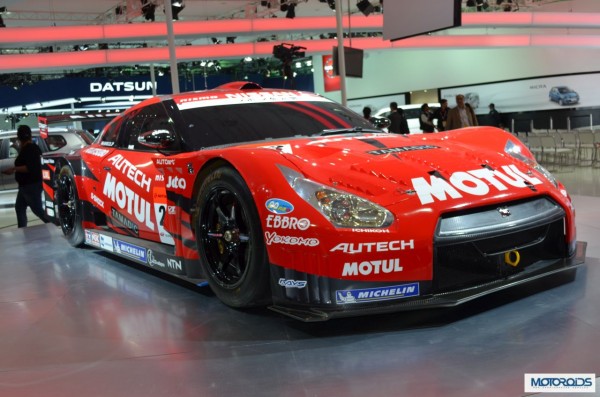 We are reporting LIVE from  Auto Expo 2014 and seen here are images & details of the mighty Nissan GTR GT500 that has been put on display by the boffins at Nissan India.

The Nissan GT-R GT500 can be seen competing in Japan’s Super GT Series, in the GT500 Class. 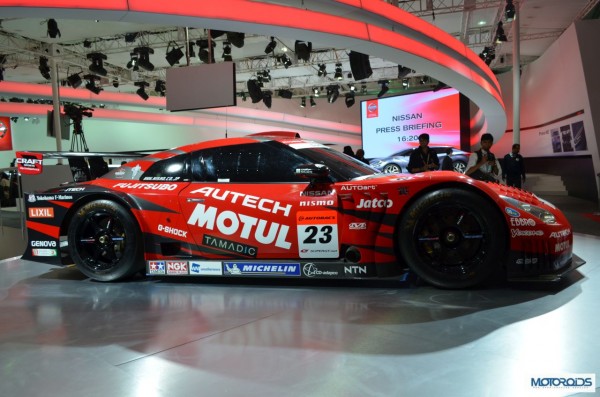 The Nissan GTR GT500 has been designed and developed by the good folks at Nismo, which is Nissan’s motorsport division. The GT500 came out in 2008, as a replacement for the 350Z race car. The Nissan GT500 doesn’t share its powertrain with the regular GT-R supercar. Initially, the GTR GT500 was given a 4.5-litre naturally aspirated V8 engine that came mounted to a six-speed sequential manual transmission. Later in 2010 though, the 4.5 litre motor was replaced by a 3.4-litre naturally aspirated V8 engine. The Nissan GT-R Nismo boasts of a rear wheel drive layout. 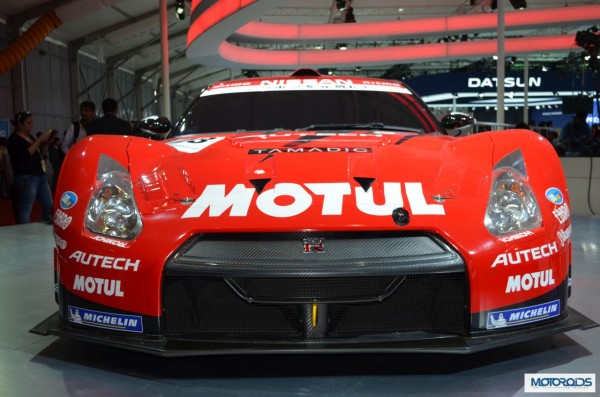 The Nissan GTR GT500 bagged as many as four victories in 2009 and was the championship leader in 2011 and 2012. The race-winning GTr GT500 was piloted by Team Mola GT-R drivers Ronnie Quintarelli and Masataka Yanagida, who brought home back to back championship in both Team and Driver categories of the Super GT500. 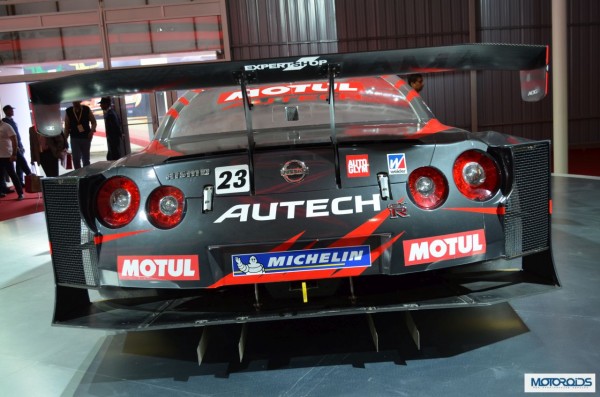 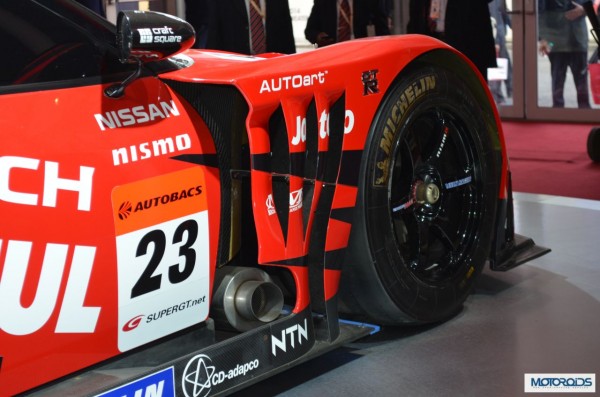 Tell us, do you like the championship-winning Nisssan GTR GT500 race car? Is it visually more appealing than the production spec mode? Do let us know by sharing your thoughts in the comments section below.