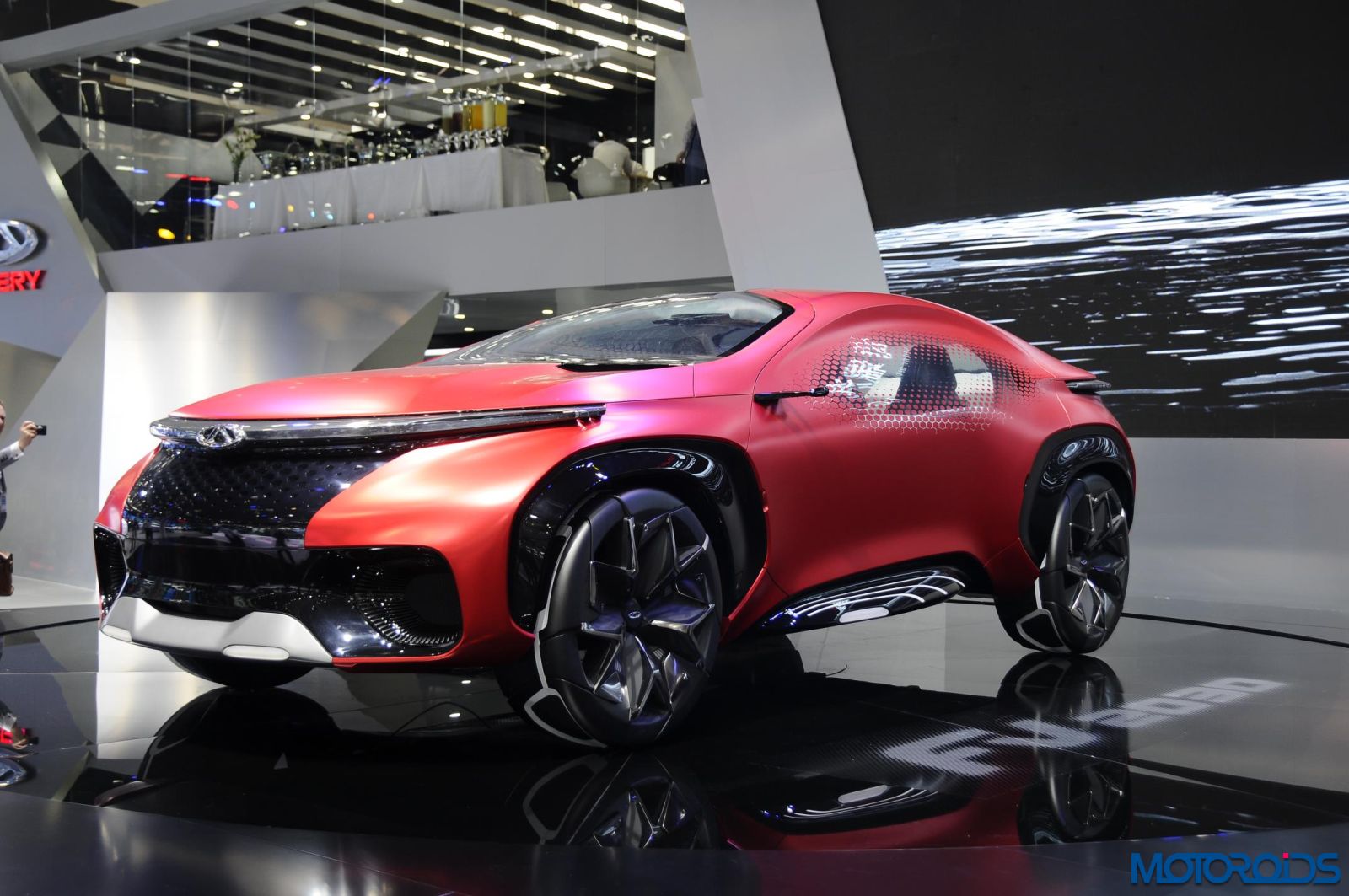 China based Chery Automobile has unveiled a rather unusual looking concept at the ongoing Auto China 2016. Known as the FV2030, the crossover coupe is the company’s idea of a future model that showcases its point of view as well as the thought process. The concept seems to have attracted a lot of attention from the visitors.

Upfront, the obnoxious looking vehicle receives a gloss black honeycomb grille topped by a single slat chrome strip. The chrome strip houses the company logo that sits right in between, apart from featuring the LED headlamps as well as the indicators. At the posterior one can notice the spoiler that is mounted on the tail gate of the vehicle while a similar pattern as seen on the front fascia has been followed for the tail lamps as well. 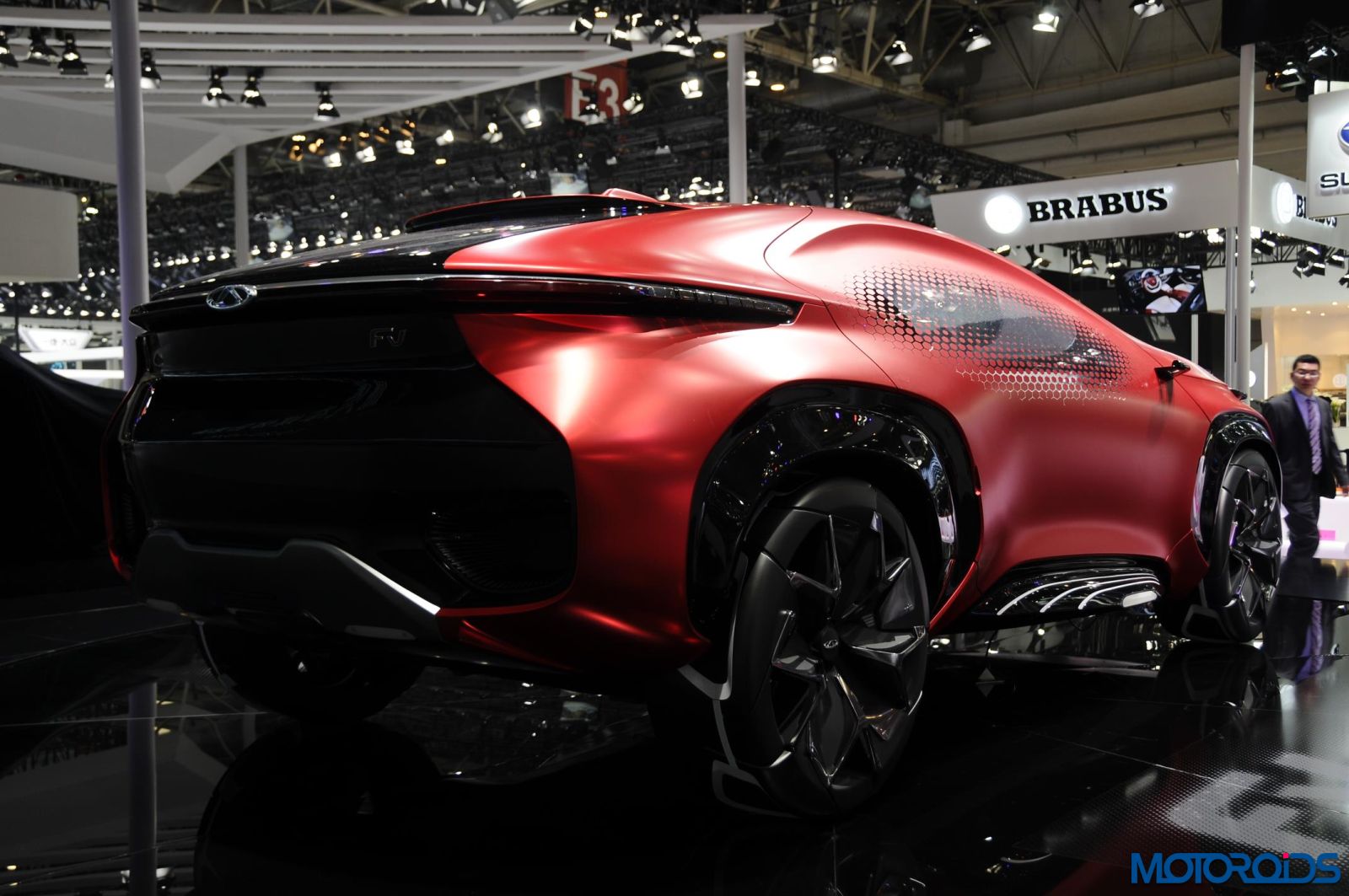 Moving towards either side one can notice the gull winged doors that house the camera based rear view mirrors. Electro-chromic glass is one of the unique features of the concept but we reckon this feature will never it to the production spec model, if at all one comes by.  The alloy wheels are reportedly said to be fitted with an energy generating system that will send power to the wheel based electric motors, sans the help of the main battery. These rims are wrapped in special or rather weirdly designed tyres.

Engine specs have not been revealed even as sources believe it will be a hybrid car. Coming to the interiors of the vehicle, reports suggest that the FV2030 Concept will include features such as white leather seats, LED lighting while a 3D holographic instrument cluster is also said to be on the cards.

Following is the image gallery for the Chery FV2030 Concept: