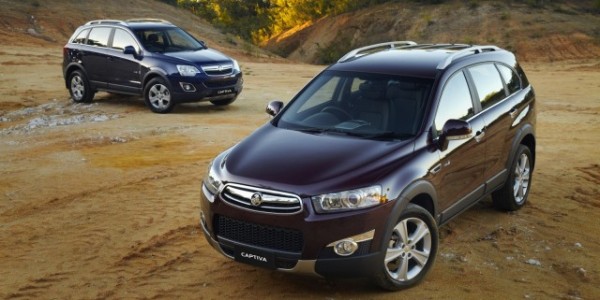 We recently got to know that more than 14,000 units of diesel powered Holden Captiva (aka Chevrolet Captiva)  have been recalled in Australia. The recall drive has been necessitated by a potential fault in the Captiva’s fuel feed hose, which could lead to a fire!

The recent recall drive from Holden covers 14,230 Holden Captiva 5 and Captiva 7 models, which have been built in Korea between February 5, 2011 and November 2, 2012. These cars are powered by GM’s 2.2-litre four-cylinder turbo-diesel motor that has peak power/torque of 135kw/400Nm.

As per the official recall notice on the Australian Competition and Consumer Commission’s (ACCC) product safety recalls website, some of the vehicles manufactured in the above period could have a fuel feed hose that could rub against the air con suction pipe and develop a hole.

“The fuel feed hose may wear, leading to the development of a fuel leak, posing a potential fire hazard,” this notice reads.

Owners of all the Captiva units falling in this recall drive are being contacted by mail, following which the vehicle inspections will take place. If necessary, a parts replacement job will be carried out, at no cost to owners. The replacement exercise won’t take more than an hour.

So far, no incidents of injuries due to this issue have been reported. However, there have been as many as four cases of owners reporting that they could smell fuel inside their vehicle.