Home Audi Audi registers Sales growth of 6.4 percent in May 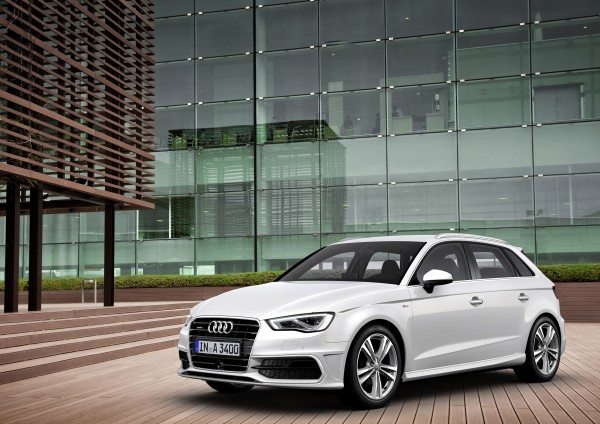 Audi AG, the popular German premium car maker, posted a decent sales growth figure in May 2013 by selling as many as 137,200 cars in this period, thereby posting a growth rate of 6.4 percent (on comparison with sales during same period last year).

The new A3 family and Audi SUV models in particular strengthened business for the four rings. From January through May, Audi sold around 640,200 cars for a year-on-year boost of 6.7 percent.

“Despite ongoing challenges in the European market, Audi increased global sales in May. Double-digit rates of growth in Asia and the Americas played a crucial role,” says Luca de Meo, Member of the Board of Management for Sales at AUDI AG. “Business for Audi is especially dynamic in the United States, where we are clearly on course to achieve our sales target of 150,000 units in 2013.”

Sales in May rose considerably in the Americas region as a whole. Some 18,000 deliveries amounted to an increase of 17.9 percent. Audi’s sales in South America rose by 29.9 percent and in North America by 16.7 percent.

The performance of the four rings in the United States contributed significantly to this result. 13,228 deliveries to U.S. customers in May accounted for a rise in sales of 15.0 percent. Sales of the A5 were particularly strong: 1,872 units sold for a 48.1 percent jump in sales. In April, the RS 5 Cabriolet joined the RS 5 Coupé as the A5 family’s second high-performance model at U.S. dealerships. Sporty models have proven particularly popular among Audi customers in the United States: Over the first five months of the year, S and RS models constituted 20.5 percent of Audi sales in those model lines with a high performance model on offer. Across the entire model range, 60,571 Audi customers took delivery of their new automobile in the United States from January through May. That equated to a year-on-year increase of 15.4 percent. In total, the Q5 proved to be the most popular Audi model in the United States in that period. Audi of America sold 14,817 units of this SUV from January through May, for growth of 37.7 percent. The Q7 continued to be very popular as well, showing a 42.3 percent rise in sales.
Dynamic growth for the four rings was also apparent elsewhere in North America. Sales in Canada (1,940 units) grew by 17.6 percent in May; deliveries climbed by 39.8 percent in Mexico (1,060 units).

In Europe, challenging economic conditions in various markets impacted May’s delivery totals. On the Ingolstadt-based carmaker’s home continent, sales of about 65,500 vehicles accounted for a year-on-year decrease of 3.4 percent. This was particularly noticeable in France (-11.7 percent to 4,858 units) and Italy (-10.1 percent to 4,258 units). In Germany, 23,303 cars were handed over to Audi customers, 7.9 percent less than in May 2012. With 105,830 units sold (-1.6 percent) during the first five months of 2013, Audi performed stronger than the overall market in Germany.

The company’s May sales in Spain again reached those of the prior-year month (3,333 units, +0.5 percent). In Russia, deliveries rose by 3.3 percent to 3,151 vehicles. Audi continues to grow significantly in the United Kingdom: 11,952 units sold in May resulted in an increase of 19.3 percent. Audi UK customers were especially fond of the A1 and the Q3 as well as the new A3 family – featuring its youngest member, the recently launched A3 Sportback. As a result, Audi’s total European sales for the first five months of 2013 amounted to around 318,600 units and were only 0.7 percent lower than in the same period last year. In this sales region, another important market launch for the A3 family will follow the new A3 Sportback, which was launched in February: The new A3 Sedan will be available in Europe starting this fall. Series production will begin in the days to come at Audi’s expanded production plant in Gyor, Hungary.

As in the Americas, Audi achieved double-digit growth in the Asia-Pacific region as well. May sales rose by 17.5 percent to around 48,900 units. These figures were fueled primarily by sales in China. Audi dealerships handed over 42,140 cars to Chinese customers for a 16.2 percent increase. From January through May, Audi sold 183,660 units in China, for growth of 14.4 percent. The recent launch of the Q3 from local production helped boost Audi sales in the Middle Kingdom – as did the A4 L and the A6 L. Year-on-year sales of the A4 L increased by 10.1 percent to 46,330 units and the A6 L by 20.5 percent to 61,692 units for the first five months of 2013.

Other markets as well contributed to Audi’s growth in the Asia-Pacific region. The company sold 2,111 cars in Japan in May for an increase of 23.4 percent, while growth of 28.8 percent in South Korea was attributed to sales of 1,610 units. In India, the four rings experienced growth of 57.4 percent by selling 710 premium automobiles.