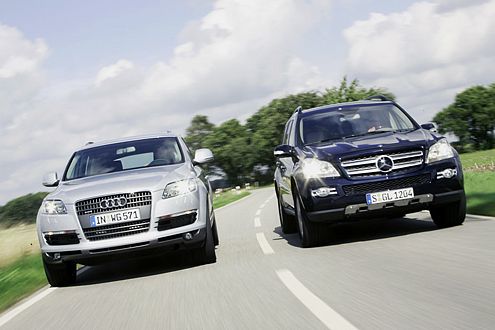 Mercedes is surely getting aggressive with its Indian operations but that has not kept it from losing to newer and lesser known (in India) rivals. It has been some time since BMW has been ahead of Merc and now, the German car maker has lost to, well, another German carmaker Audi.

Between the trio, Bimmers are right there on the top, followed by Audi and Mercedes is now at third. Looking at the numbers, Mercedes sold 2,130 units in the first quarter of 2012 against 2,269 units sold by Audi. BMW sold 2,369 vehicles in January-March 2012.

Mercedes India blames the ‘corporate editions’ of the models from rival manufacturers. It may be noted that these variants aren’t as loaded as top of the line cars but offer maximum bang for the buck. “Our customers do not compromise, and ‘strip down’ models are not for them,” said Debasis Mitra, sales & marketing director of Mercedes Benz India. “We are not selling commodity but luxury. Numbers are not the prime focus today.”

However, market analysts say that the new age styling and a younger buyer profile are behind Audi and BMW overtaking the three pointed star. “The customer sees them as more contemporary brands, with more products. BMW and Audi have created multiple sub-segments within the luxury car market and this has worked to their advantage,” said Abdul Majeed, PricewaterhouseCoopers India.

“We have the right building blocks in place and are confident of maintaining our momentum in the market,” Audi India head Michael Perschke said. “Our plan is to open one new outlet every five-six weeks. We will be entering cities like Coimbatore, Nagpur, Goa and Lucknow as we get deeper into India.”

With the Audi Q3 launch just around the corner, we won’t be too surprised if Audi overtakes BMW too.
“We are firmly moving as per our strategy and have plans to get back at rivals strongly,” Mitra said. “We are leading in most of the categories where we all compete, and it is just the absence of the mini SUV that makes a difference in overall volumes. The real test will be when we have a similar product in our kitty.”