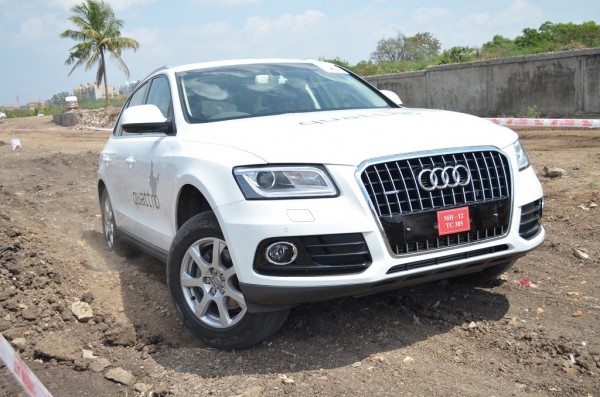 Audi India became the first luxury car manufacturer in India to sell more than 10000 units in a single financial year. The company had earlier created history by becoming the first-ever luxury car manufacturer to achieve the same feat in calendar year 2013. The brand with the four rings crossed this momentous milestone by registering a sale of 10126 units in the period April 2013 – March 2014, (April 2012 – March 2013: 9350 units). Audi India also registered a sale of 2740 units in the period January – March 2014 (January – March 2013: 2616 units).

“The double achievement of selling 10000 units in a single financial year and calendar year validates the strength and stature that the brand has achieved in India. We are looking forward to consolidate our position while growing profitably in the future as well. In line with our top-down strategy, we will be launching the next big Audi – Audi A3 Sedan later this year. Globally, the Audi A3 has been a great success and I feel that it is just the right product for the Indian market and will further delight customers across the country,” said Mr. Joe King, Head, Audi India.

“Audi India was the only manufacturer in its segment to pass on the full benefit of the excise duty reduction to the customer. The customer has appreciated our gesture as shown by the March sales result.” said Mr. King

“Whether in motorsport or in business, the name Audi has been synonymous with winning. Audi continues to be the market leader in the luxury SUV segment in India. Audi is also the market leader in the sports car segment in India and the launch of the Audi RS 7 sportback has further consolidated our leadership in performance cars in India.  We intend to reach our customers across India and plan to expand our dealership network to 40 by the end of this year,” added Mr. King.