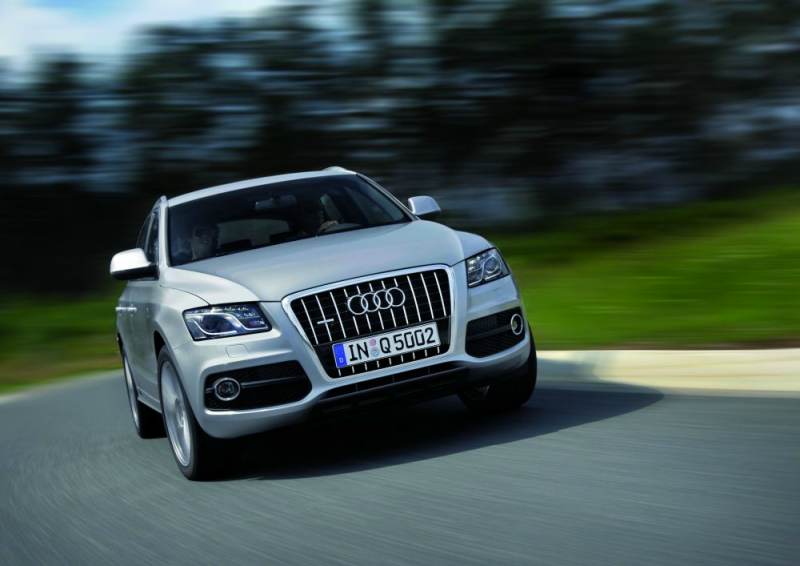 Audi India today announced the launch of a new Audi Q5 2.0 TDI Quattro. The company has priced the SUV attractively at Rs 35.13 lakh (ex-showroom Mumbai). The car will be available in the showrooms from October 2011.

The Audi Q5 2.0 TDI Quattro comes equipped with 2.0-liter TDI diesel motor with 170 bhp of peak power. Peak torque for the engine is rated at 350 Nm @ 1,750 rpm. Transmission duties are taken care of by the 7–speed automatic S-tronic transmission. The fuel efficiency figures for the new car as released by the company are 12.80 kmpl. The car will be brought to India via the CKD route then assembled locally.

Some of the features on the new Q5 include

Audi India is quite upbeat about its performance in India. The company has surpassed its 2010 sales in the first seven months of 2011. In July 2011 the company sold 343 cars – a growth of 52 percent over the same period last year. By strengthening its product portfolio, the company is confident of achieving its retail sales target of 5000 cars by the end of 2011.

With the new car, Audi India plans to widen the appeal of the Q5. Speaking about the launch, Michael Perschke, Head, Audi India said “The Audi Q5 2.0 TDI q is perfectly equipped to further strengthen our leadership position in the luxury SUV segment. As the Audi Q5 already has a broad fan base in India, this attractive price will now make this premium experience accessible to a wider customer base who aspire to own a luxury SUV endorsed by our ‘Vorsprung durch Technik’ philosophy. The Audi Q5 2.0 TDI q powered by a dynamic and efficient engine is also equipped with best in-class interior and infotainment features”.