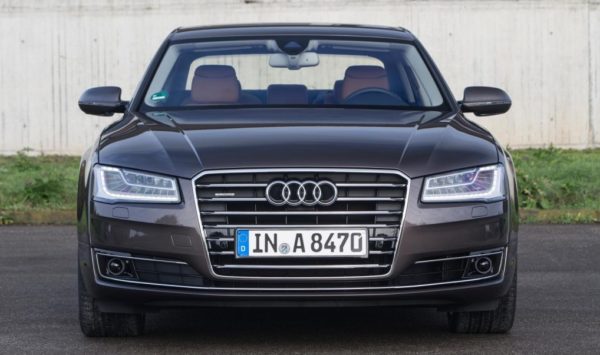 Audi A8 L 3.0 TDI quattro SE has been voted as the Chauffeur Car of the Year in the 2013 Professional Driver Awards.

Professional Driver magazine editor Mark Bursa explained the rationale behind the ranking by writing: “The Audi A8 L edges it on low running costs, excellent manufacturer support thanks to the Audi Chauffeur Programme, and, perhaps crucially, its four-wheel drive ability. This gives the A8 L an edge over its rear-wheel drive competitors, and that could make all the difference in the winter snow.”

As part of the testing process, the A8 L 3.0 TDI quattro SE was reviewed on a circular route taking in a variety of typical road types. Vital chauffeur requirements such as high-end infotainment systems and boot space were considered, and a point-scoring system was used to rate various features of the car, before an overall average score was calculated. Further marks were factored in for the financial aspects of owning and operating each car tested, including purchase price, whole life costs and monthly contract hire prices provided through manufacturer chauffeur or fleet programmes.