Home Audi Audi A3 sedan might be unveiled on March 27 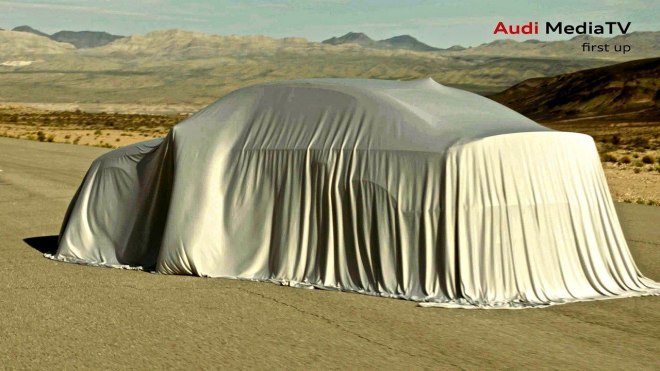 Regulars here would remember that we have been reporting in detail about the much talked about Audi A3 sedan that will take on the likes of Mercedes CLA and BMW 1 Series sedan. Now, it has emerged that the A3 sedan might be unveiled on March 27th. Audi has already published a teaser image of a sedan that is most likely the new body variant of the A3.

The Audi A3 sedan is underpinned by the much hyped MQB platform and the new A3 sedan will borrow plenty of design cues from the A3 sedan concept.

It may be noted that in a very surprising move, Audi India has come to a decision of refraining from launching the A3 sedan in the rapidly developing Indian car market. Audi India is of the opinion that introducing an entry level car, like the A3 sedan, into our market might “dilute” the car brand’s image in the country. This comes as quite a surprise, especially because arch rival Mercedes India is readying itself to launch the entry level CLA sedan in our country by the end of 2013. We won’t be too surprised if Audi India re-thinks and decides to launch the Audi A3 sedan in our car market soon after the launch of the CLA.

The A3 sedan is a shoe size smaller than the A4 and measures 4.4 metres in length. The A3 sedan will rival successful cars like the Toyota Camry, Skoda Superb and Volkswagen Passat.

The car will come in as many as 7 engine variants-