If you aren’t a football fan, you probably wouldn’t know that Apollo Tyres is one of the sponsors of Manchester United – perhaps the most popular premier league team in the World. But if you’re a cricket fan, you know who Sachin Tendulkar is. The tyre maker has now roped in the legendary cricketer as its brand ambassador for a period of five years. This is the first time that Apollo has associated with a celebrity as the face of its brand. For those who don’t know, Sachin is an avid automobile enthusiast himself and enjoys his time behind a go-kart, when he isn’t driving around the streets of Mumbai in one of his fast machines. 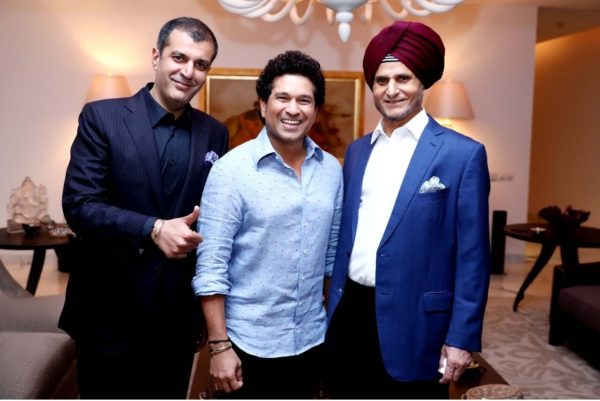 For Apollo Tyres, this association with Manchester United and Sachin Tendulkar is in line with its brand strategy, to reach out and engage with its target audience globally. The association with Sachin Tendulkar, will help the company leverage on his fan following and popularity as a sports icon to drive home the company’s own message of making every journey safe inspiring. The cricketing legend also isn’t shy  to drive the message home about road safety, pulling up violators on everyday roads and asking them to abide by rules in the nicest and surprising of ways.

Commenting on the association with Sachin Tendulkar, Neeraj Kanwar, Vice Chairman & MD, Apollo Tyres Ltd said, “Building the Apollo brand to its true potential is key to our growth. By securing Sachin Tendulkar’s association with our brand, we have embarked on an exciting journey together. I am sure this partnership will help us go the distance! Sachin is one of the few sporting icons who have emerged stronger even post hanging his bat! He is an Indian sports icon who is known globally, much as what Apollo Tyres is attempting to do. Tendulkar being a car enthusiast also gels well for Apollo Tyres.”

In addition to it being the Global Tyre Partner for English Premier League club, Manchester United, Apollo Tyres also has a presence in the German Bundesliga, with its association with Borussia Monchengladbach. In India, it has a presence in the Indian Super League (ISL), being the principal sponsor of Chennaiyin FC, and in the I-League, with its title sponsorship of Minerva Punjab FC.