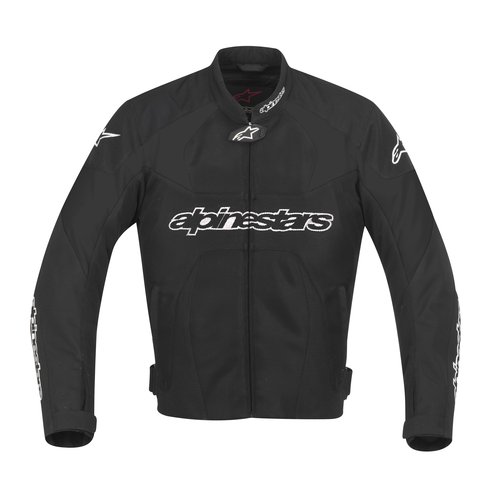 India is looking at a growing biking community and a growing demand for riding gear. Planet DSG from Pune is one of the first and the leading riding gear manufacturer in India. They have stores across India which include the cities, Pune, Delhi, Mumbai, Bangalore and Cochin. Other than the DSG labeled gear, their popular gear includes merchandise from Alpinestars. Alpinestars has been a hot brand among racers and tourers of all segments, ages and countries. Be it motorcycle, car or bicycle racing, Alpinestars has proved its worth. It is one of the leading brands in the riding/driving gear manufacturers who provide everything from shoes, jackets, gloves, pants, knee guards, balaclavas to t-shirts, jerseys and caps. They also have a significant involvement in sports.  Among today’s biking community a Riding jacket is one of the most essential things second only to the  helmet.

Having a history from Italy since the 60s, they have set the benchmark for protective gear in motorsport. They have been known to bring out functionally innovative products and thus they are one of the most preferred brands by almost all racers. They have sponsored countless events in motorsport and received returns by the motorsport legends who sport their gear. Some of the familiar names are Dani Pedrosa, Casey Stoner, Carlos Checa and Jorge Lorenzo who are just a tiny part of the list that goes on and on. There are unquestionably the most popular brand among motorsport enthusiasts in India but for beginners and amateurs, the brand name has been a little heavy on the pockets. Due to the heavy pricing (gloves that cost 8000), most Indian bikers have no option but to opt for a cheaper brand like Cramster. Alpinestars has changed that by bringing in a new 2012 jacket that is significantly cheaper – A dream come true for Indian bikers.

It’s called the Alpinestars T-GP Plus Air and has been brought in by Planet DSG with an inaugural price of rupees 9900. So, what’s this one got? Does it still have the pride and strength of the other Jackets? Well, from what we know it was designed for the Indian riding and weather conditions. The T-GP Plus Air Jacket is yet to hit the other shores around the world and DSG has truly given us a treat. Made from 600 Denier Polyester Fabric, it comes with all the standard body armor for a jacket in this range which include elbow guards, shoulder protectors, and foam pads for the back. It WILL protect you in a fall. It has to, it’s Alpinestars. Although it is labeled as a summer mesh jacket, it has a non absorbing mesh that will help it get rid of extra moisture. Rest assured that this one will keep your sweat glands offline as it promises sufficient ventilation. Global Warming? No Problem!

The looks are not entirely appealing but for now, they should do. The jacket has the common T-GP styling with the large Alpinestars logo embroidered in the front torso area. It comes only in black and they don’t have any other color options probably because they had to keep the pricing competitive(Rs 9900).

You can check out the jacket on planet DSG official website:-