Ahead of its launch on November 9, the upcoming Ford EcoSport facelift has received an impressive response as customers booked the compact SUV on November 5, 2017 via exclusive online bookings on Amazon India’s website.
123 units of the 2017 Ford EcoSport facelift were available for 24-hours, starting from the midnight of November 5th, giving a chance to select customers to jump the queue and be among the first few to own the new compact SUV. 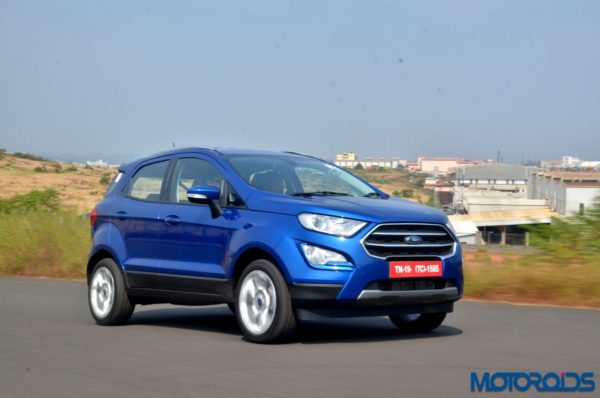 Bookings, however, had to be suspended within hours as all 123 units were booked by 10 AM. A majority of customers booked the top Titanium+ trim of the EcoSport with the new 1.5-litre three-cylinder petrol engine paired to the new six-speed automatic transmission. A new colour, Lightning Blue, also emerged as another customer favourite.

Redesigned with close to 1600 new parts, the Ford EcoSport facelift features a reshaped front, and a large upper trapezoidal grille and lower grille. The facelifted EcoSport will be equipped with the new 1.5-litre petrol Ti-VCT engine that is claimed to be smaller, lighter, stronger and more efficient than the previous generation and will deliver 123 PS of power. 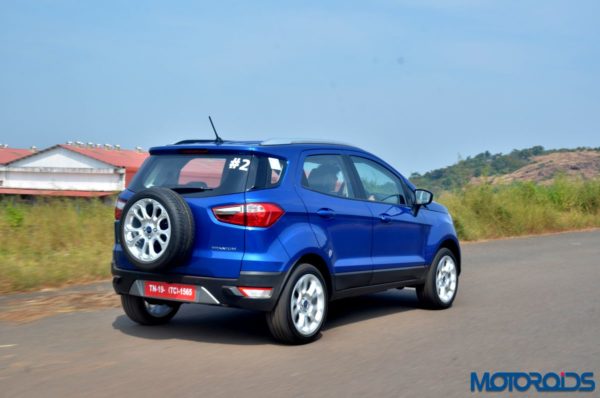 Continuing to offer safety with up to six airbags, the new 2017 EcoSport will also feature a Ford signature grille and bigger projector headlamps and fog lamp bezel. Also on offer will be a new instrument panel and SYNC 3 with an eight inch floating touch screen, supporting Apple CarPlay and Android Auto. 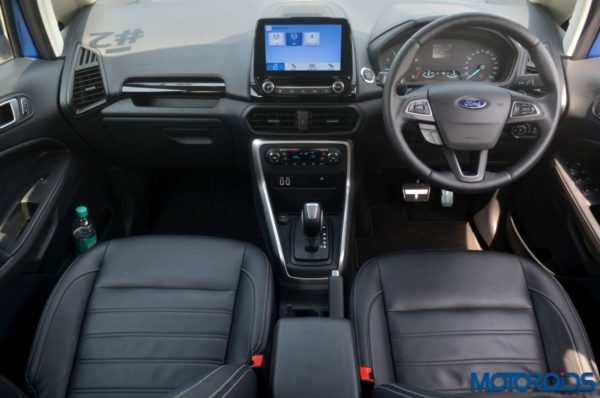 Rahul Gautam, Vice President, Marketing at Ford India, said, “Much like its predecessor, Ford is set to create history and reset the bar on quality and customer value yet again with the all-new Ford EcoSport. The overwhelming response on Amazon is a reflection of trust people have in the brand EcoSport. Our compact SUV will continue to offer unmatched value for money and we are confident that customers will be impressed with its host of class-leading features.”