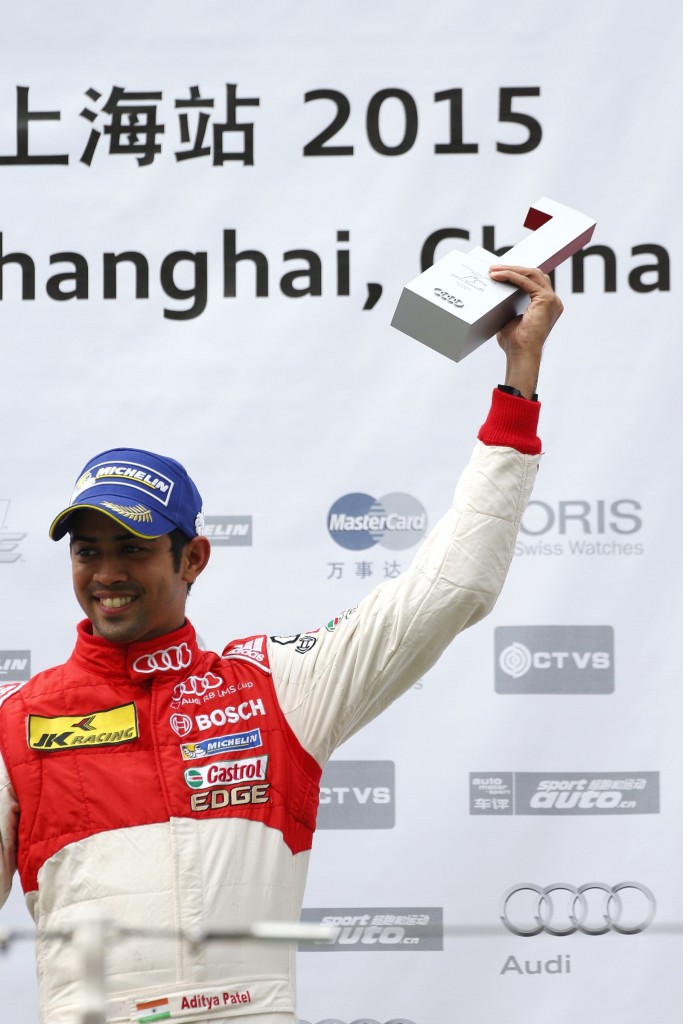 Audi India race talent Aditya Patel took the top spot in the final leg of the Audi R8 LMS cup in Shanghai. Round six of the Audi R8 LMS cup played host to two races and ran as a support race to the World Endurance Championship in Shanghai. Aditya went into the final race sixth in the driver’s standings and still had a slim chance of clinching the title.

Race one however, did not go as plan for the Audi India driver as the car suffered engine trouble in practice. The mechanics worked extremely hard to change the car’s engine in no more than two hours. Patel then went out and qualified second, alongside Alex Yoong.

The stewards took a decision to penalize Aditya for a minor technical infringement, thereby putting him 17th on the grid for the first race of the weekend. Patel put in a stellar performance to move up to 9th place and set the fastest lap of the race which put him on pole position for race two.

The Indian quickly built a comfortable gap over championship rivals Alex Yoong, Franky Cheng and Marchy Lee. From there on, Patel kept his lead and crossed the chequered flag to win the final race of the season ahead of Marchy Lee and Franky Cheng. Former Formula one driver, Alex Yoong was crowned Champion of the Audi R8 LMS Cup. Aditya Patel ended the championship fourth overall.