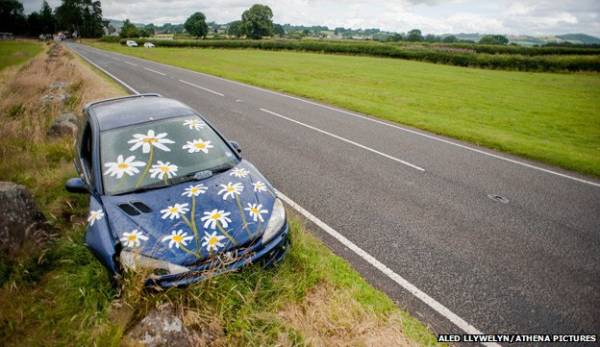 Our country is filled with artists, who like to leave their mark on walls, inside elevators, on a dusty car’s windshield and the various spots they find within our public transport vehicles. It could be a meaningful, witty, or a pointless message. Could be some art, which you either appreciate or have to appreciate secretly, someone’s declaration of love or someone abusing a person, who shares his name with you. There is some constructive creativity around too. On a recent visit to Goa, i did come across a man, who has turned some abandoned vehicles into a mini-garden, while someone in Llangadog, Wales, decided to turn an abandoned car into road art, to make the landscape appear like a garden. 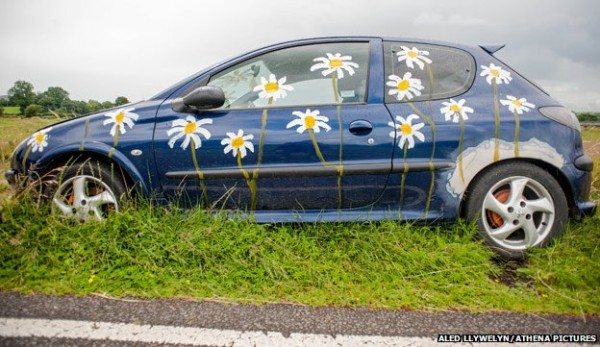 An unknown artist has painted daisies on a blue peugeot, to make it blend with the picturesque rural scene. The artist hasn’t left behind any identity, except, a smiley and a “Ha-Ha.” The car has minor damages, which perhaps occurred during a crash, while the local authorities say, it’s not their responsibility to move the car. Given the location, where the car has been abandoned, it sure is a potential hazard for motorists, disguised in a lot of daisies. 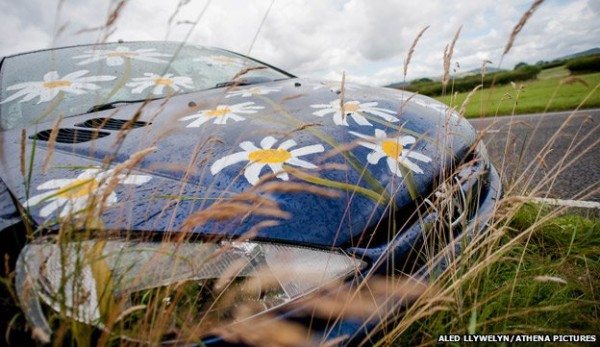