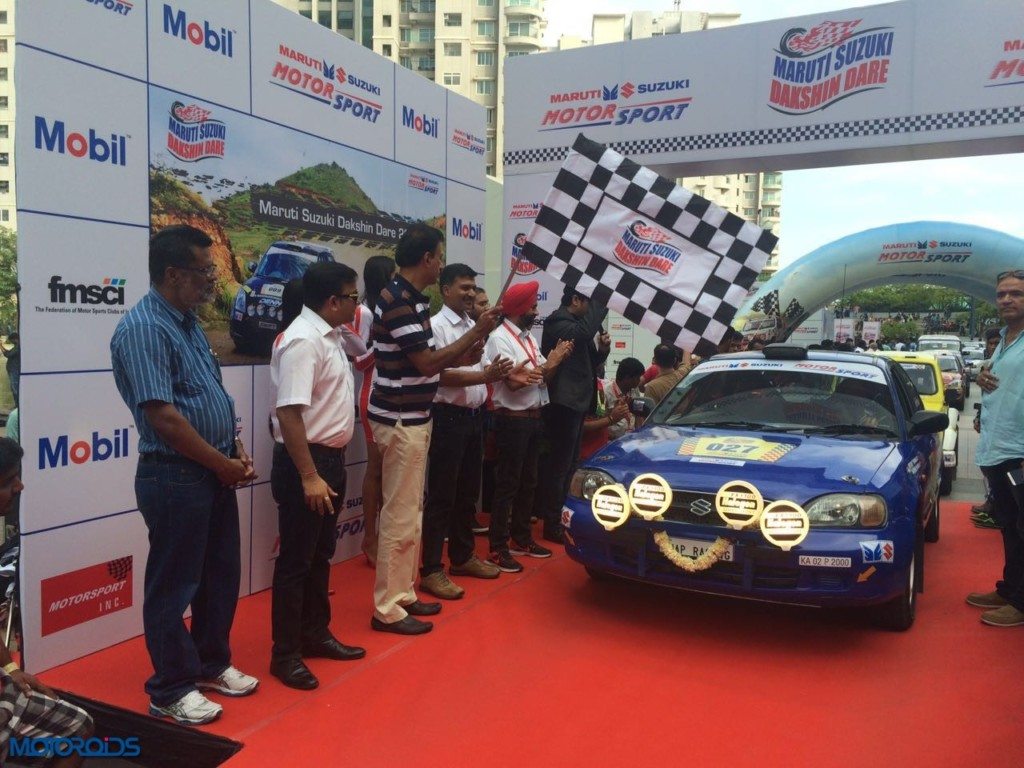 The 8th edition of Maruti Suzuki Dakshin Dare Rally, the annual Southern motorsport event was kicked off from Orion Mall, Bengaluru yesterday. The rally this year will be traversing through  Coorg, Murdeshwar and Shimoga concluding in Goa on August 6th 2016. With over 190 motorsport enthusiasts in 110 teams, the rally will cover approximately 2200 kms over a span of 6 days. This year the rally will see 16 women compete for the coveted title. The rally is divided into three categories – Endurance, Ultimate Car and Ultimate Bike. Mobil is the official lubricant partner for the 2016 edition of Maruti Suzuki Dakshin Dare.

In India, Mobil has been an integral partner with leading OEMs and award-winning race teams and is associated with Maruti Suzuki Motorsport’s local but highly prestigious events – Desert Storm, Dakshin Dare and Raid de Himalaya. Mobil endeavours to take motorsports to a different level in the country and support the spirit of motorsports 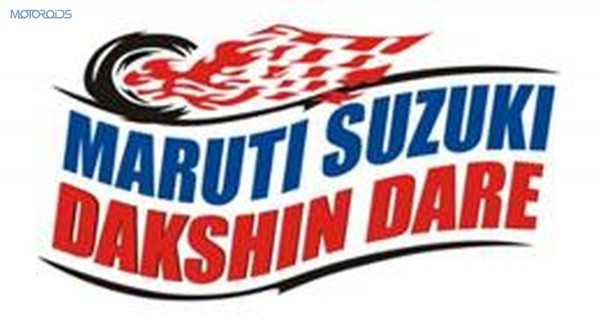 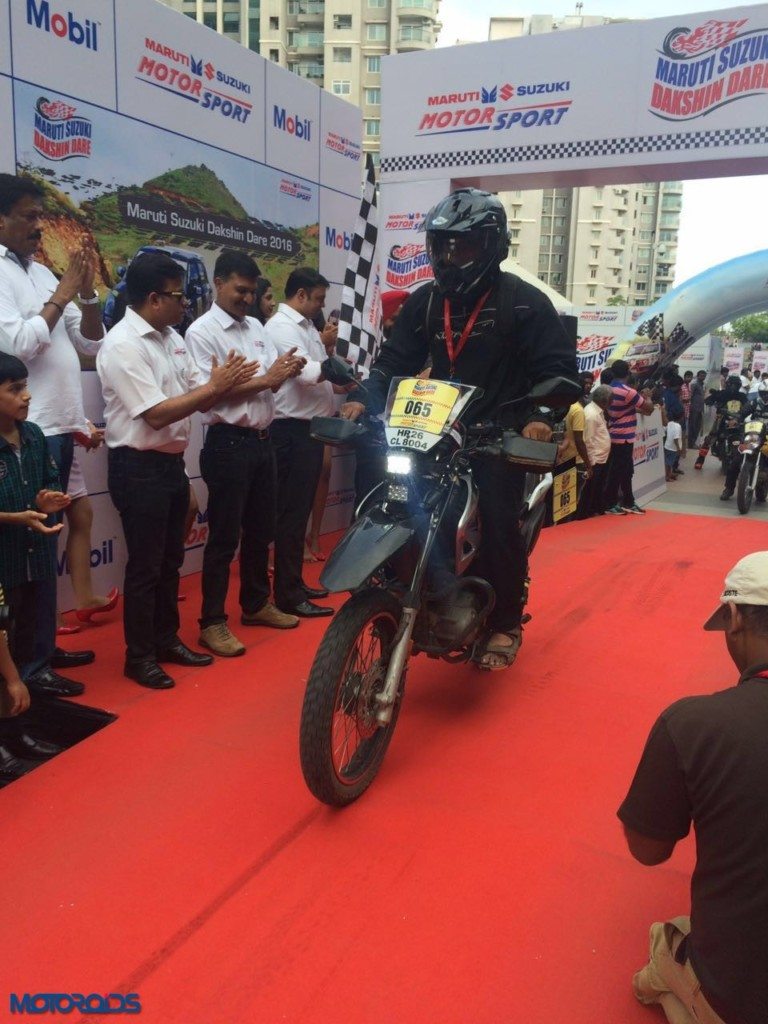 Commenting on the occasion, Mr. Ram Suresh Akella, Vice President, Sales, Maruti Suzuki India Ltd. said, “Maruti Suzuki Dakshin Dare was conceptualised to enhance the thrill of off-road rallying experience for motorsport enthusiasts in South India. The twists and turns in this area make it even more exciting for the participants especially with the slippery monsoon terrain. Pioneered in 2009, the rally aims to challenge motorsport enthusiasts to achieve greater milestones in their motorsport journey. The increasing participation each year encourages us to strengthen such motorsport events.”

Check out an image gallery of the ceremonial flag off below