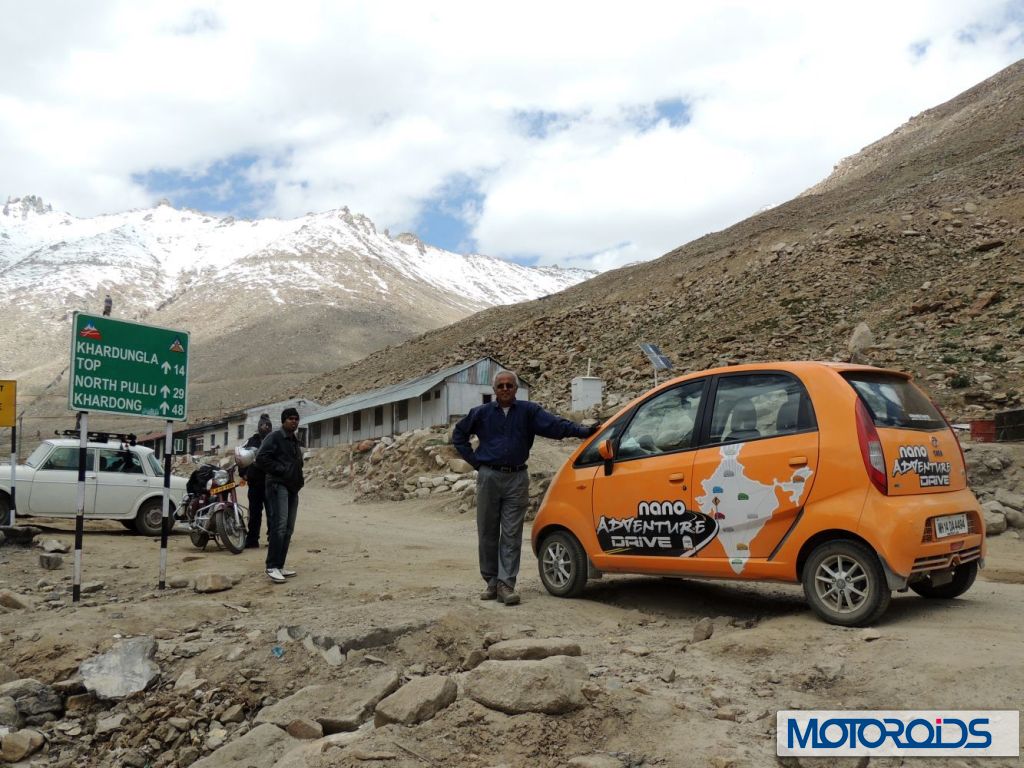 Thomas Chacko, a Kochi-based, 63-year old motoring enthusiast, who started his national expedition, in a Tata Nano, from Mumbai on May 3, 2012, successfully completed his 78-day long dream project on July 21, 2012. During the expedition, Mr. Chacko covered 26,500 kms, called on all of India’s state capitals and its union territories and in the process visited over 100 towns and cities in India.

During this expedition, Mr. Chacko drove the Nano to India’s farthest reaches – Tawang in the East, Kanyakumari in the South, Dwarka in the West,Kargil in the North and in Ladhak ascended both Khardung La, which at 18380 ft, is the highest motorable road in the world and Tanglang La, the second highest motorable road in the world. He also went to Nagpur, the geographical center of India and to the mountainous country of Bhutan.

A 63-year-old, Kochi based motoring enthusiast, Mr. Thomas Chacko, is a FCS, from the Institute of Company Secretaries of India. After a successful 20 year career as company secretary and interim chief executive of a major plantation company, he is presently a company secretary in practice.

A motoring buff, Mr. Chacko has participated in several motorsport events. He is also a Formula One car racing aficionado, and has watched races in Sepang in Malaysia, Singapore, and Monaco. He likes traveling and has visited over 27 countries and has also driven cars in Bhutan, Canada, Malaysia, Oman, Singapore, Sri Lanka, the UAE, the UK & the USA.

On concluding his journey, Thomas Chacko said, “The journey was not a joyride but an expedition to explore the country and know the people. The 78-day all India drive has tested the Nano across the some of the most rugged terrains of the country and through all kinds of weather. The car emerged successful in this test of endurance. This journey has indeed been an achievement and a book is very much on the cards. It would perhaps be named Mano et Nano: India to its farthest reaches”, he added.