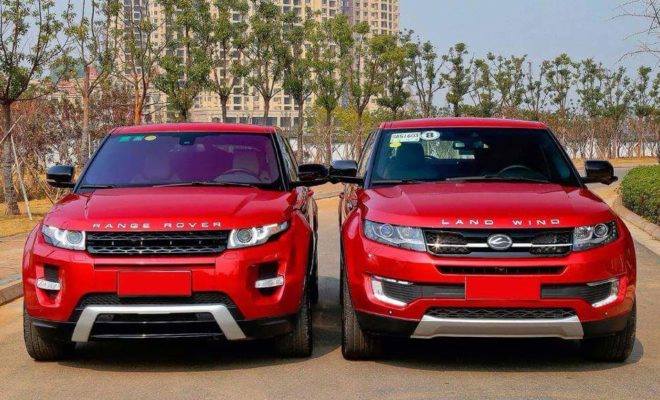 In case you remember the Landwind X7 (gallery below), a Range Rover Evoque copycat from China, you’d be glad know that its makers, Jiangling Motor, are in a spot of bother. Jaguar Land Rover is suing the Chinese automaker for allegedly copying their Evoque. Speaking to Reuters, a JLR spokesman confirmed that a court in Beijing’s eastern Chaoyang district “served Jiangling with newly filed actions surrounding copyright and unfair competition.”

The report also adds that this is a rare move for a global automaker to pursue legal action against Chinese copycats (despite being tons of them), because they feel the odds of winning against local firms are low. It seems that JLR really wants to teach their copycats a thing or two, and in case they win, they could set the example for other foreign manufacturers whose wares have been unlawfully aped in China.

The Landwind X7 was unveiled in November 2014, and has been receiving flak ever since regarding its Evoque-like appearance. Even the X7’s interiors are strikingly similar to the British luxury crossover. The X7 is available with only one engine – a Mitsubishi sourced 2.0-liter, turbocharged petrol unit good for 190 hp, mated to an eight-speed automatic, and driving the front wheels. The Landwind X7 retails from 129.800 yuan to 147.800 yuan (approximately INR 13.34 lakh – 15.18 lakh). In comparison, the China-made Range Rover Evoque retails for 398.000 yuan (approximately INR 40 lakh); almost three times more expensive.