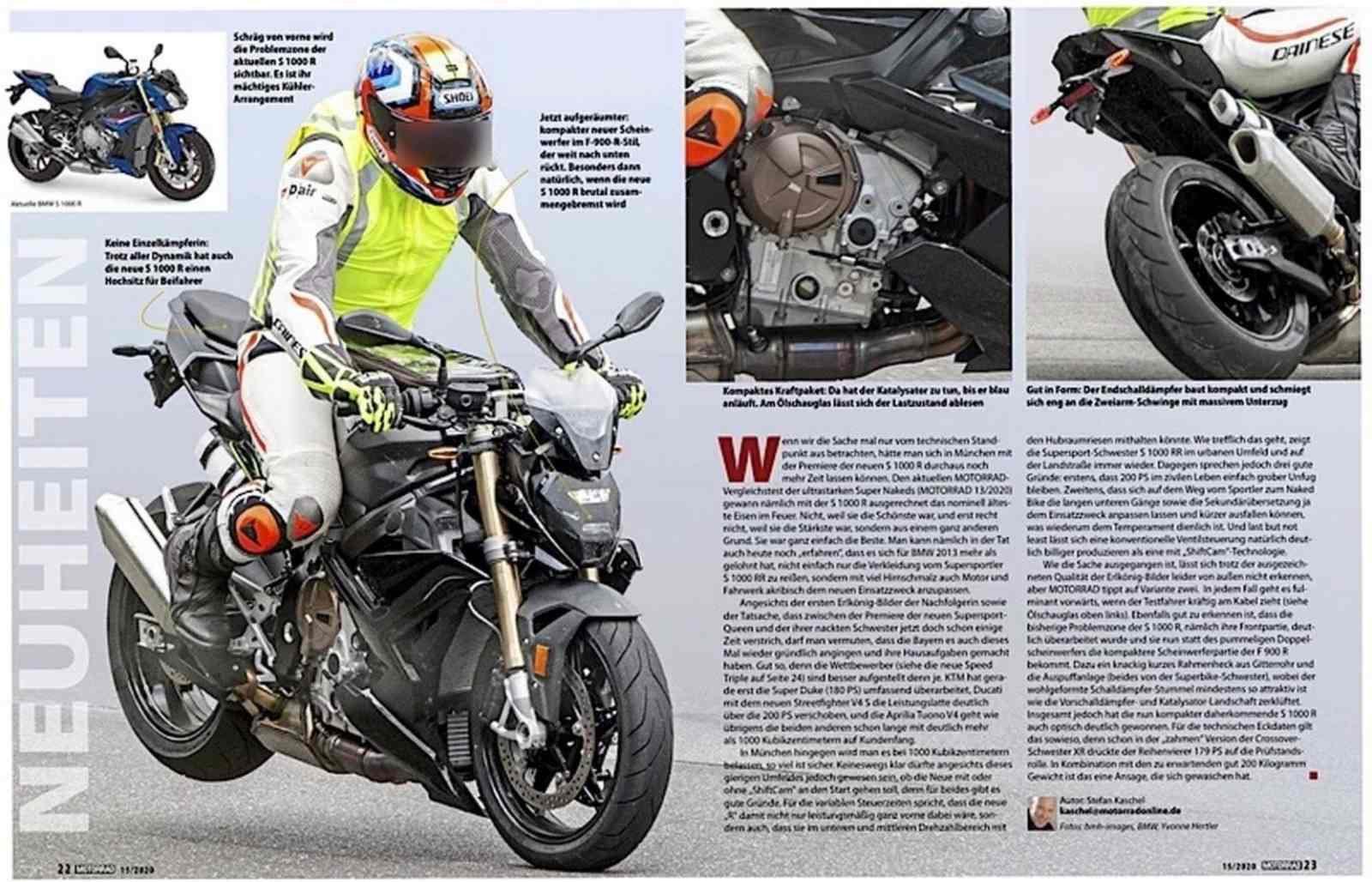 The test mule looks entirely different from the previous iteration of the S1000R. Like we mentioned earlier, BMW is playing it a little safe this time and have decided to drop the asymmetric headlamps completely. The new headlamps are clearly inspired by the F900R which was launched in our country, sometime back. 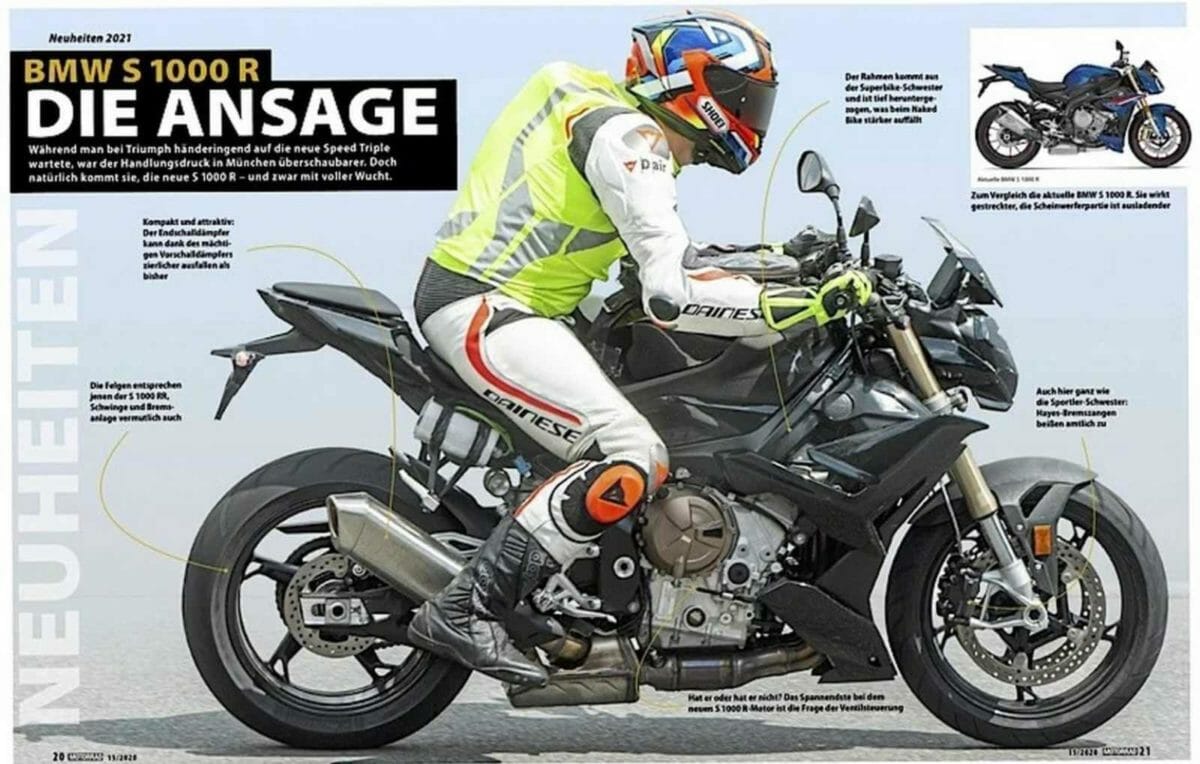 The new compact headlamp setup will probably utilize an LED unit and it’s safe to say that some people will certainly prefer the new setup over the previous one. While the naked superbike might look compact from the front but things get busy when you move your eyes to its side profile. From the side view, one can’t help but notice a new exhaust unit which is clearly borrowed from its fully-faired sibling, the BMW S 1000 RR.

The alloy wheels too are borrowed from the S1000RR and if reports are to be believed, it will carry forward the same braking setup from the revered sportsbike. It will most likely continue to draw power from the same 999cc inline-4 engine and if this is the case, it would be safe to expect that it will churn out somewhere around 165 BHP and 120 Nm of torque. 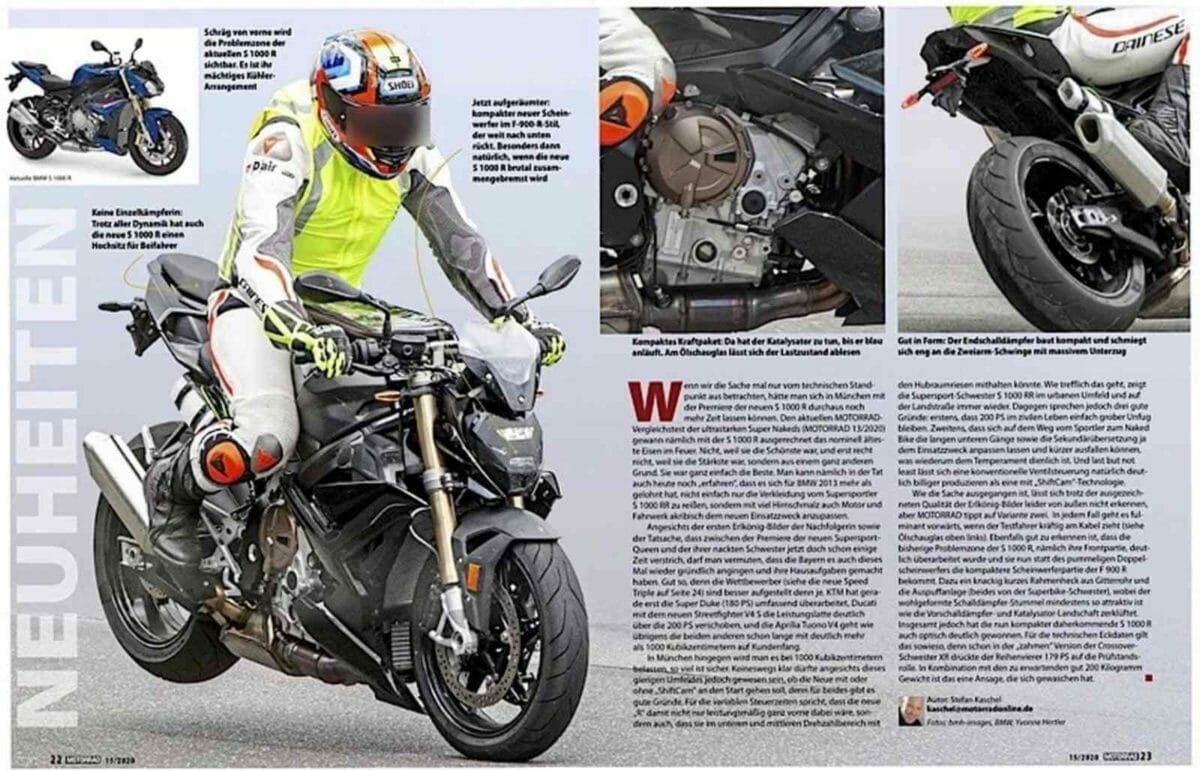 BMW S1000R won’t have it easy though because the competition has some heavyweight titans like the KTM Duke 1290, Aprilia Tuono and the new Ducati Streetfighter. For the uninitiated, the Beemer has the smallest engine out of all the motorcycles mentioned above. It would be really interesting to see what wand does BMW use to make up for the lack of displacement. Maybe they could utilize their ShiftCam technology, and the new Active Cruise Control for an extra edge over the competition? Only time will tell.

BMW recently introduced a new fourth generation of M Cruise bicycles. The bicycle range is offered under the lifestyle segment of the Bavarian automaker. The range is offered at a starting price of Rs 1,08,747.

The design is pretty simple as with all the previous generation of bikes, however, with the current iteration, one sits up quite higher. Although the seat can be adjusted according to the rider’s preference. The video of the new bikes was uploaded by the German automaker on its social media handles.

The BMW Cruise M-Bike combines a striking colour concept inspired by the BMW M series and high-quality technical components. The hydro-formed frame and carbon elements, which make the bicycle light and strong at the same time, together ensure a unique riding feel. Additional comfort is provided by the stabilising handlebar concept and the front-sprung fork with locking system. The hydraulic disc brakes from Shimano enable precise braking even on long descents and in any weather situation.