Honda has once again teased the upcoming Accord ahead of its debut next month. A single teaser image released by the Japanese automobile manufacturer reveals a sketch of the tenth generation Accord ahead of its unveiling that is scheduled to take place on July 14, 2017 in Detroit. 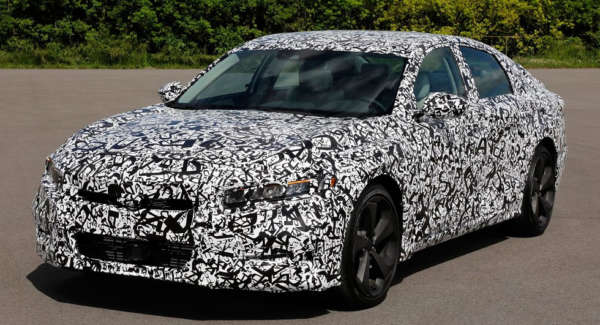 Honda had previously revealed that the 2018 Accord will be offered with three engine options including two new direct-injected and turbocharged engines and a two motor hybrid system. Transmission duties would be handled by a six speed manual transmission, a CVT transmission or an all new 10 speed automatic transmission.

The company had also said that the upcoming Accord will be re-engineered and redesigned from scratch. The new Accord will have a much more aggressive design as compared to the current generation model. Additional details on the new Accord will be revealed during the debut of the model on July 14. Post the debut, the 2018 Honda Accord will be launched in the U.S, following which it will be manufactured at the company’s plants in Ohio and Georgia. Stay tuned for updates.