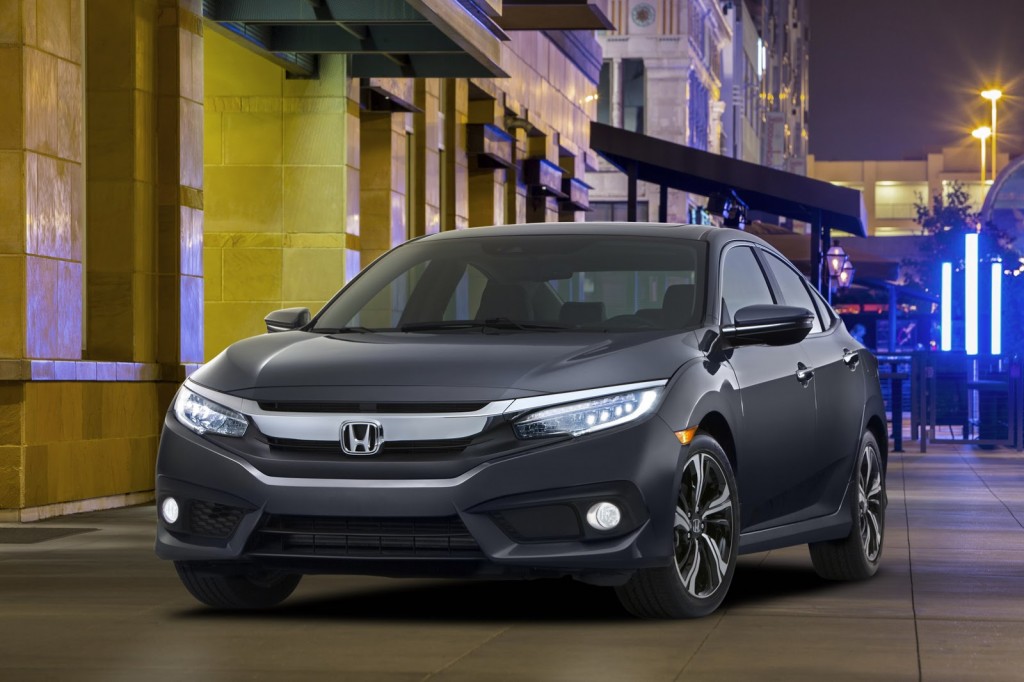 The all-new, tenth-generation, 2016 Honda Civic for the North American market has been revealed. The new Civic brings in fresh styling, new engines as well as straddling a completely new platform.

The new Civic’s appearance breaks away from the current generation’s cab-forward stance, and goes for a four-door coupe profile that seems to be the new fad. The H-face involves a chunky chrome element that characterises the fascia, along with sleekly styled, optional full LED headlamps. The waist line rises from the front fenders, arching high over the rear wheels and gently falling before merging into the C-shaped LED tail lamps, which come as standard. 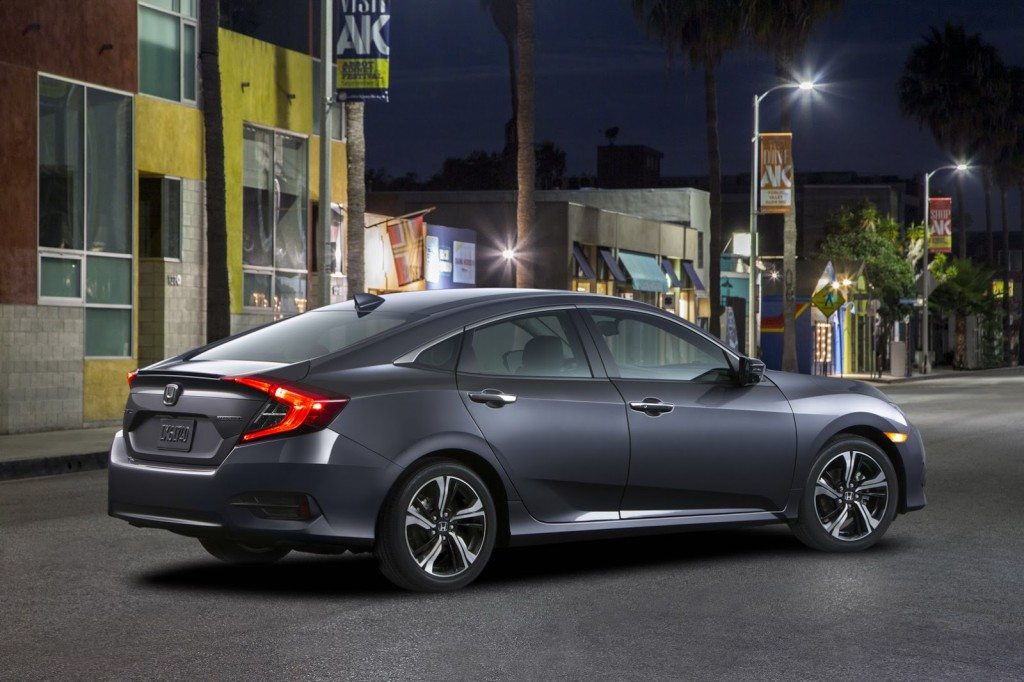 The 2016 Civic Sedan is nearly 2 inches wider than its predecessor, along with a 1.2-inch longer wheelbase, the latter endowing it with an additional 3.7 cubic feet of interior space with 2 inches of extra rear-seat legroom, while trunk space has been increased by 73 liters. The new chassis accounts for 31 Kg of weight savings, amongst other things.

The interiors are not as radically appointed as the last generation, or maybe times have changed. The dashboard’s design bears a family resemblance to the Jazz, while the fully digital instrument cluster is divided into three segments. A 7-inch touch-screen display equipped infotainment system takes centre stage on the console, which can be specified to run both Android Auto and Apple CarPlay. 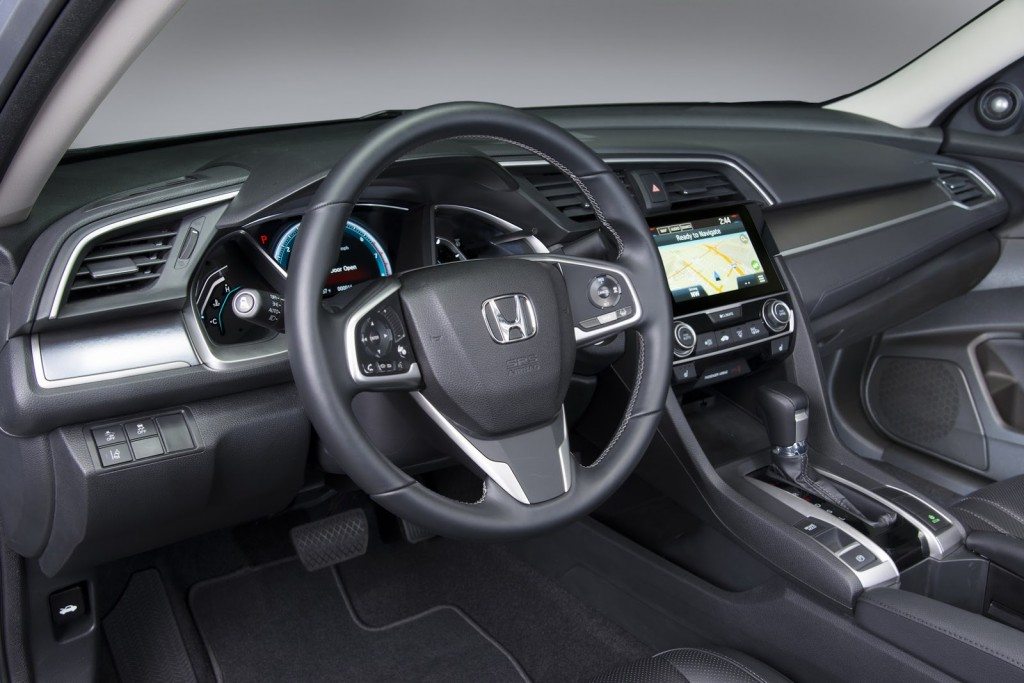 The new chassis employs a revamped strut front suspension and a new multi-link rear suspension mounted to an ultra-rigid rear subframe, while other additions include a variable gear ratio steering, strengthened front and rear stabilizer bars, standard 4-wheel disc brakes and Honda’s Agile Handling Assist brake-torque vectoring technology. Torsional rigidity of the new body is improved by 25 percent, thanks in part to the more intensive use of ultra-high-strength steel.

Honda will set the Civic ball rolling with two new petrol engines – a 1.5-litre, direct-injected and turbocharged, 16-valve, in-line-4 cylinder unit mated to a CVT gearbox, along with a 2.0-litre i-VTEC, 4-cylinder unit rated at 158hp and clubbed to a six-speed manual transmission. Later on, a high-performance Si model, which will also spawn a 5-door hatchback is expected to début with a 2.0-litre, turbocharged, 4-cylinder petrol engine good for 306 hp.