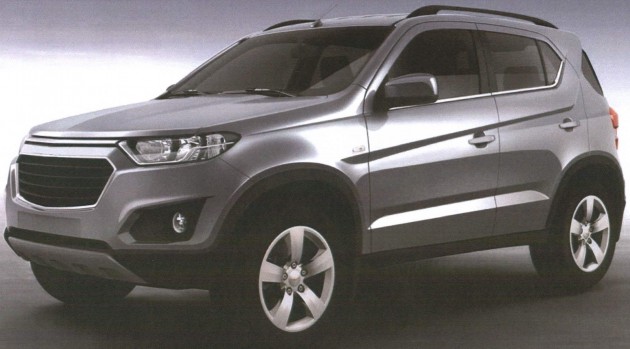 After being previewed at the 2014 Moscow Auto Show through the Niva Vision Concept, the production version of Chevrolet’s Niva compact SUV now seems to be inching towards production. These patent images, leaked on the Russian governmental agency “Rospatent” that is in charge of intellectual property, would like us to believe so. 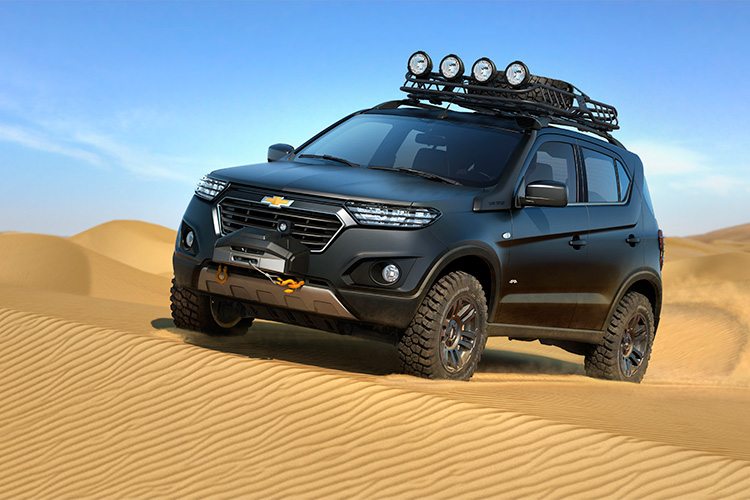 The patent images reveal the exteriors of the second generation of the car that features most of the design cues that were present in the Chevrolet Niva Vision Concept that was showcased at the Moscow Auto Show last year in August. A notable change that can be seen from the Vision concept is a new silver paint-job that replaces the matte black finish while some features such as the winch, headlight protection, roof rack and additional lights apart from the rims wrapped in off road tires have been given a miss. 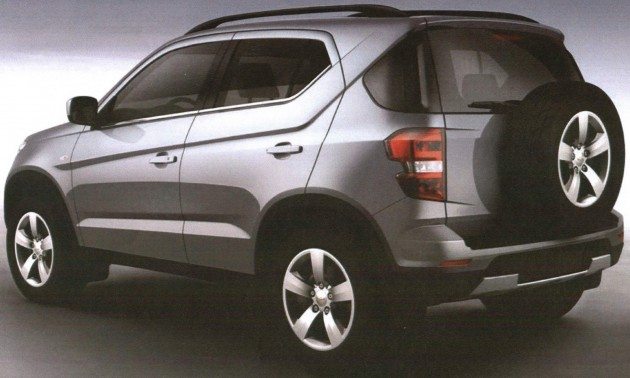 Powering the new Niva will be a four cylinder 1.8 litre petrol engine sourced from PSA that will reportedly produce an output of 135 hp while transmission duties will be taken care of by a five speed manual transmission. This engine will replace the 1.7 litre engine that propels the current generation of the Niva. 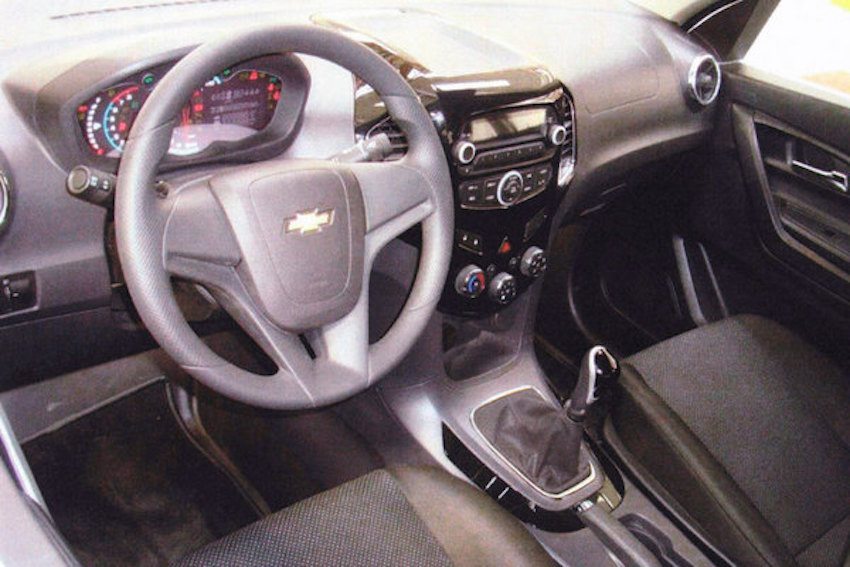 The spy images of the interior reveal that things haven’t changed much from the Vision Concept, with features such as a three spoke steering wheel, piano black trim and a fully digital instrument cluster that seems to be inspired from motorcycles being carried over. One thing that seems to be given a miss when compared to the Vision Concept would be a bank of meters that housed an accelerometer, an inclinometer and a compass.

The 2016 Chevrolet Niva could go into production soon while the launch could take place in 2016. The model could be offered outside Russia in developing markets. Once launched, the Chevy Niva would take on the likes of the Ford EcoSport and the Renault Captur. An Indian launch is unconfirmed for now.