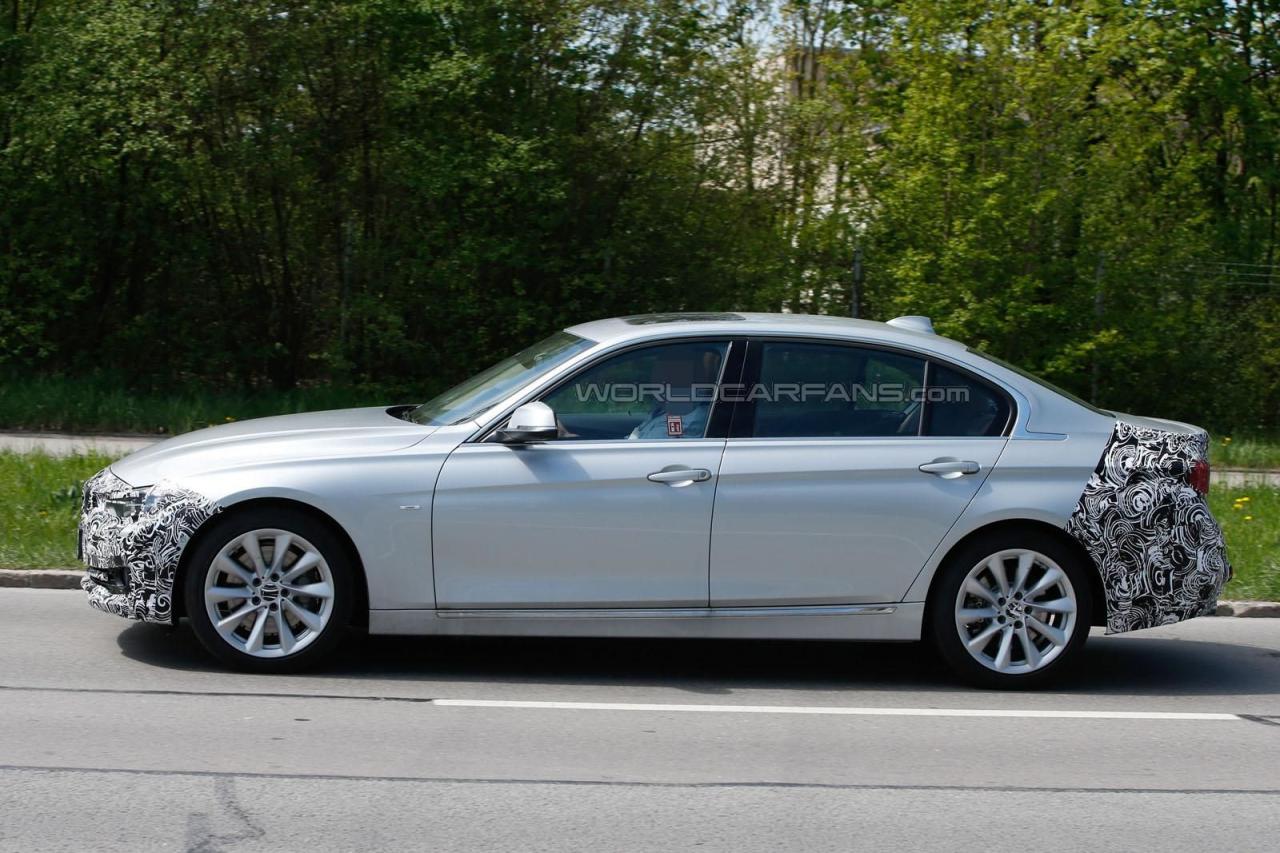 BMW’s 3-Series lineup is due for an unveiling next month, but these new set of spy pictures give us the clearest indication yet of what to expect from the Bavarian automaker.

First up, the 3-Series will not get any radical cosmetic changes this time round. The kidney grille has been tweaked a bit at the front, the tail lamps get a new design, and there are redesigned bumpers all around, but that’s about it.  High-end versions will be available with full adaptive LED headlights, a first in the nameplate’s history, while the usual assortment of new paint colors and alloy wheel designs will round out the changes on the outside. Inside, new trim options and an updated infotainment system should be among the changes. 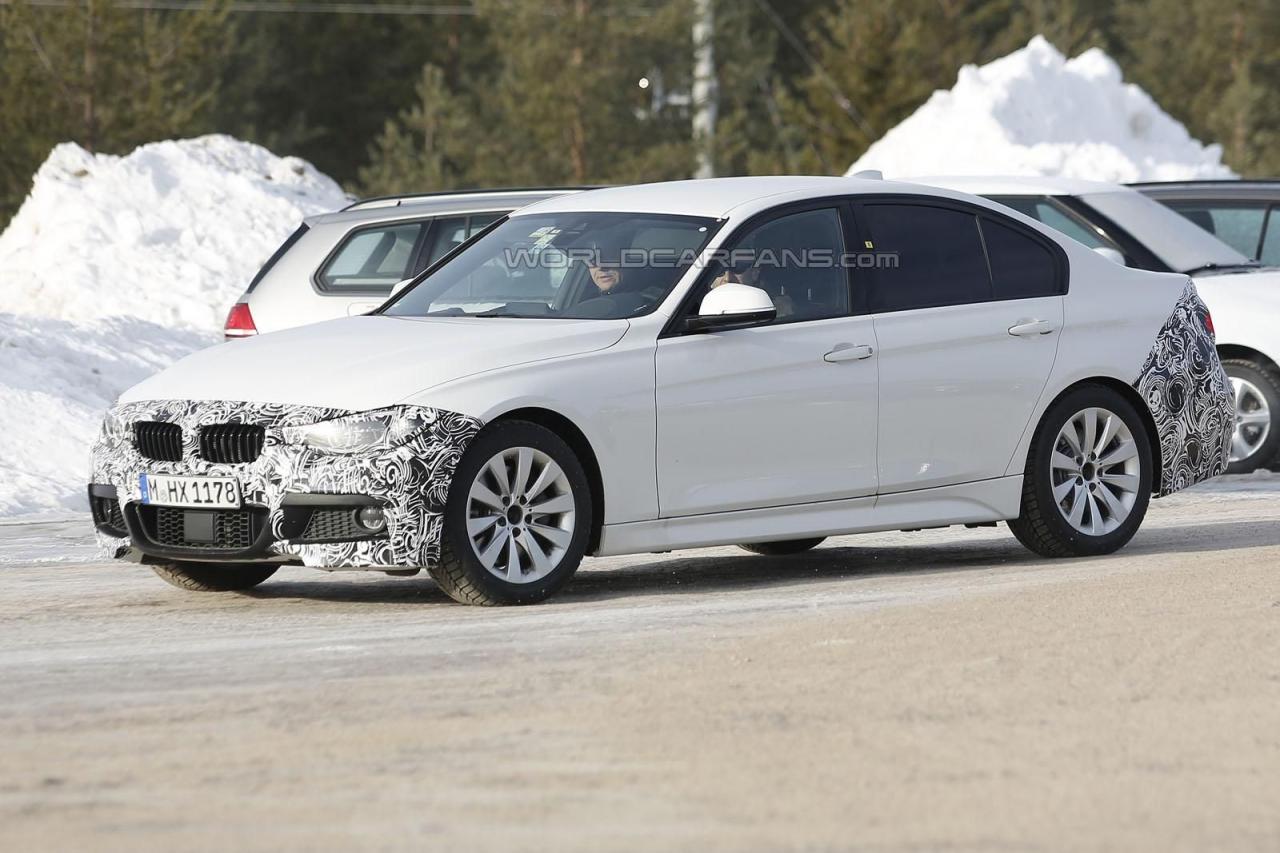 The long-wheelbase 3-Series, sold exclusively in China, will feature the same styling updates as the standard model. The wheelbase stretches an additional 4.3 inches compared to the one on the regular 3-Series.

Things get much more interesting under the hood. At the bottom end of the lineup, the 2016 3-Series will gain the 1.5-litre three-cylinder petrol engine that is currently offered in a number of BMW products including the Europe-only 2 Series Active Tourer and the third-gen MINI Cooper.

Next up, the existing 335i will be axed and replaced by a new model called 340i that will feature a 3.0-litre straight-six engine rated at 326 horsepower. Called B58 internally, the straight-six will also be found under the hood of the next-gen 7 Series, and a more powerful evolution of it will most likely power the long-awaited M2. 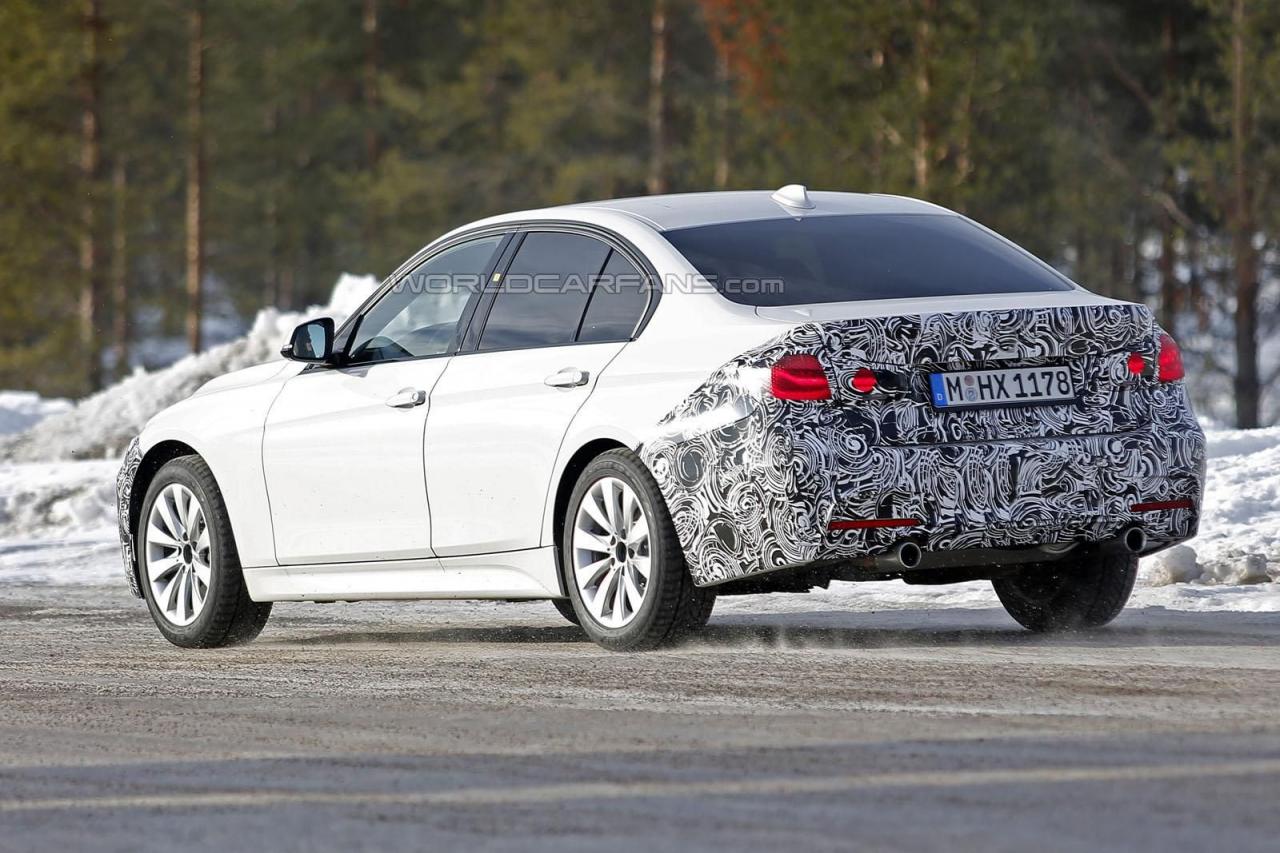 Finally, rumors indicate the 3-Series lineup will be expanded with the addition of a new plug-in hybrid model. This will most probably feature a four-cylinder engine paired with an electric motor integrated with the eight-speed automatic transmission, and will likely be badged a 330e. The two power sources will join forces to generate about 245 hp and 400 Nm of torque. With the turbo four turned off, the 3 will be able to drive on electricity alone for a little over 35 kilometres.

The updated 328d, meanwhile, should keep the current model’s diesel engine and standard xDrive all-wheel-drive system. The updated 3-Series is expected to be revealed next month before going on sale this fall as a 2016 model.