The 2016 Audi R8 has been rendered. Work on the second generation R8 is almost over, with Audi already testing a LMS race version for the track. The R8 for the road is suspected to launch in early 2015 as a 2016 model, followed closely by an Indian launch. 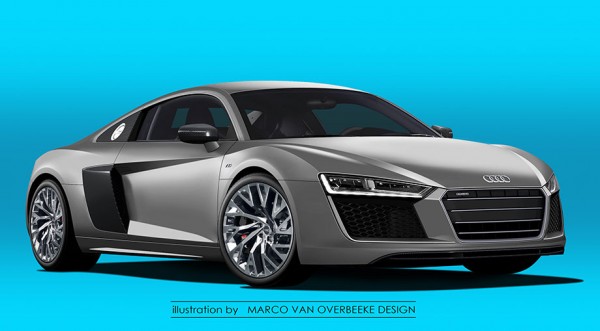 Mechanically, the 2016 Audi R8 will be a sibling of the Lamborghini Huracán LP610-4 and an evolution of the current R8’s mid-engine platform, which means the naturally aspirated, 5.2-liter V-10 with close to 600 horsepower will be carried over, but Audi will continue to offer a naturally aspirated V-8 with around 450 horsepower as well. Both engines will be mated exclusively to a seven-speed, dual-clutch automatic; the manual transmission, unfortunately, won’t be made available anymore. For the next model year, Audi will also offer the R8 e-tron with a powerful and torquey electric power-train, which will drive all four wheels. 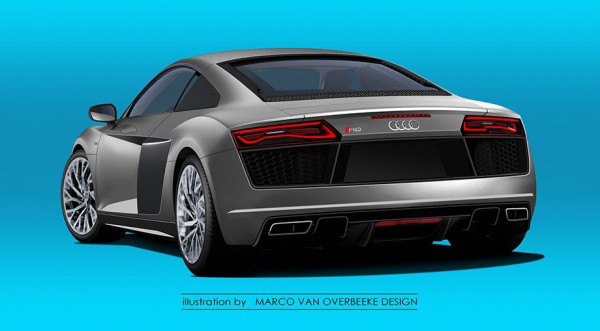 As these renders from Dutch artist designer Marco Van Overbeeke showcase, the 2016 R8 will be a stylistic evolution of its predecessor, and retain the unmistakable shape. It’ll be tweaked a bit, of course, with the all-new car featuring an edgy, yet evolved version of the last generation models’s front and rear fascias.