The LWB variant would be targeted at car markets like that of China, where car buying lot just can’t seem to get enough of additional rear legroom.

The Range Rover LWB that you see in the spy pics was spotted by the good folks at Carscoop, who made it a point to take as many shots of the car as possible.

The 2013 Range Rover, in its standard wheelbase variant, is already 118mm longer than the last gen car. The upcoming 2015 Range Rover LWB gets another 150mm, making the car almost Limo-like and an ideal choice for those used to Business Class travelling.

As can be seen in the rendering and the spy shots, the rear doors of the upcoming car are longer than those on the front, making the Rangie look really LOOoooong.

Powering the longer Range Rover would be the standard car’s V8 engines.

We won’t be too surprised if the upcoming Land Rover Range Rover LWB makes its public debut at the upcoming Guangzhou motor show in China. 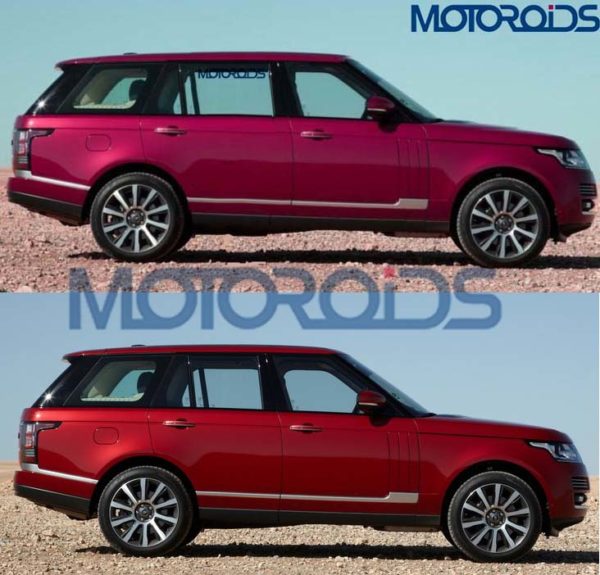