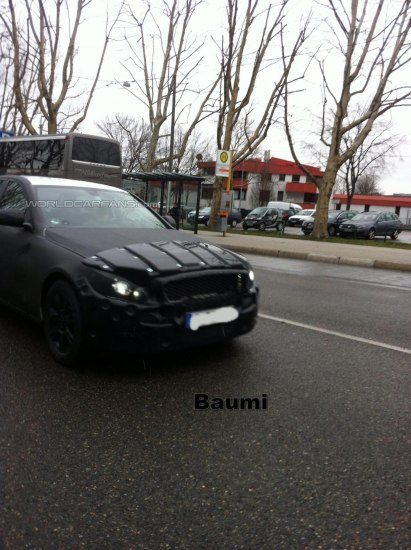 It is delightful to see how the ‘Mighty Germans’ keep upping the game with their luxury cars in a bid to outsell each other!

Mercedes, which was overtaken by both Audi and BMW sometime back, seems to have taken a vow to work overtime and come with an all new line up of cars to reclaim its leadership.

After having posted enough about the new S Class flagship sedan and the CLA Class entry level sedan, we are now posting a few relevant details about the next generation C Class.

The 2015 Mercedes C Class will be unveiled at the 2014 Geneva motor show and is being said to be more advanced than the new 3’er. The new C will come in four body-styles – Saloon, Estate, Coupe and Convertible.

The 2015 C will be underpinned by the MRA (Modular Rear-wheel drive Architecture) platform and will be longer & wider than the current model by 100mm and 40mm respectively. This will not just ensure that the occupants will have more spacious interiors but will also make the C considerably larger than the CLA. This will in turn do away with any problems with the positioning of the two cars.

The boot has grown to 485 litres, which is more than any other entry level executive sedan. 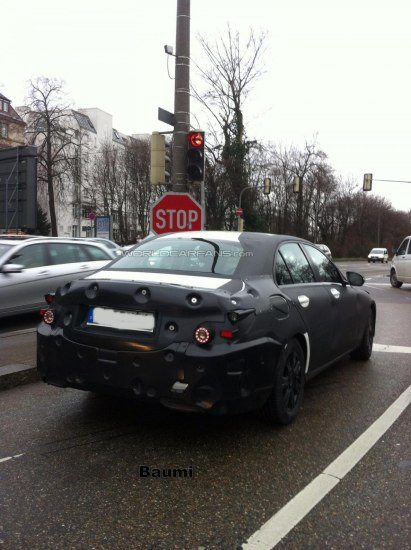 Even though the new C will be larger, it will be lighter than the current car and will weigh 1,380kgs.

The MacPherson strut layout at front will be replaced with a double wishbone system and will make the car a much better handler. Engine options for the 2015 Mercedes C Class will be consist of a 184bhp four-cylinder petrol, 330bhp V6 petrol and a range of oil burners with power ranging from a modest 120bhp to a good 220bhp. A plug-in petrol-electric hybrid might also be launched sometime after the car enters production. The transmission options will consist of a six-speed manual and a seven-speed DCT gearbox.

The C will get advanced safety features like the Distronic Plus with Steering Assist, Brake Assist Plus with Junction Assist, Attention Assist and many more.