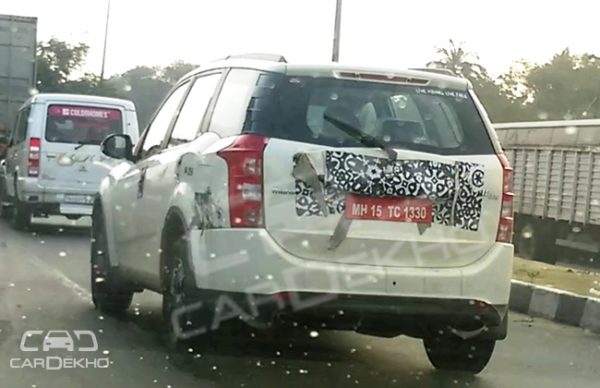 Mahindra XUV500 facelift has been long overdue, and by the looks of it, is ready to be launched in a couple of months from now. The face-lifted version of the popular SUV with some clearly visible visual changes was spotted recently in Chennai doing test runs with almost no camouflage. The only part of the car that gets masked is the area around the rear license plate.

The changes on the 2015 XUV500 are expected to be primarily cosmetic. The 2.2 liter diesel engine on the car, dishing out 140bhp of power and 330 Nm of torque is expected to remain unchanged. Transmission will be taken care of by the 6-speed manual doing duty on the current model. We also expect the introduction of a 6-speed automatic, borrowed from Mahindra-owned Ssangyong’s recently introduced Tivoli compact SUV. Nothing conclusive can be said towards that end as of now though. 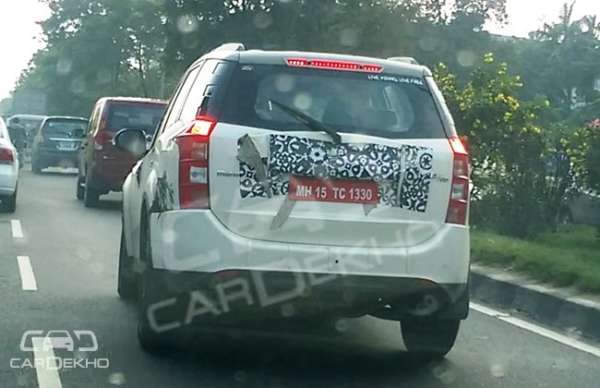 Cosmetic changes include chrome handles, a new LED lit spoiler mounted stop light, and new alloys for the top-of-the-line variants. The area surrounding the rear license plate, resembling the perky moustache of Air India Maharaja seems to be in for a re-hash too. The changes on that area are expected to be comprehensive, as that’s the only part of the car kept under wraps. Up front, the XUV500 will witness a change in the detailing of the headlamps along with some alterations made to the grille and bumper.

The XUV500 is a well-appointed car from the inside, and the new version should carry over all the goodies from the current-gen model. We expect the interior to be better finished, with addition of new trims, colors and materials for more distinction. Some new features may also be added to the cockpit, which is already feature-laden for its class. 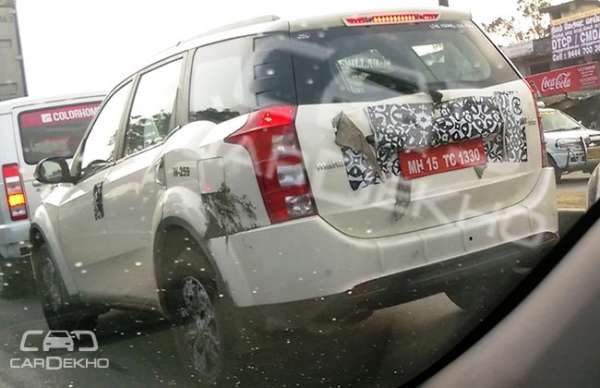 The XUV500 sales, after getting off to a flying start slowed down owing to the teething issues with the all-new platform. While Mahindra has been trying sincerely to iron out all the minor issues with the car over all these years, we would hope that the updated version is totally niggle-free.

We don’t expect the price of the 2015 XUV500 to change drastically and the SUV will continue to be available for a rough price range between 11 to 15 lakh.

Click here to read more about the XUV500. Share your thoughts and opinions on the model and the changes you expect in comments below.