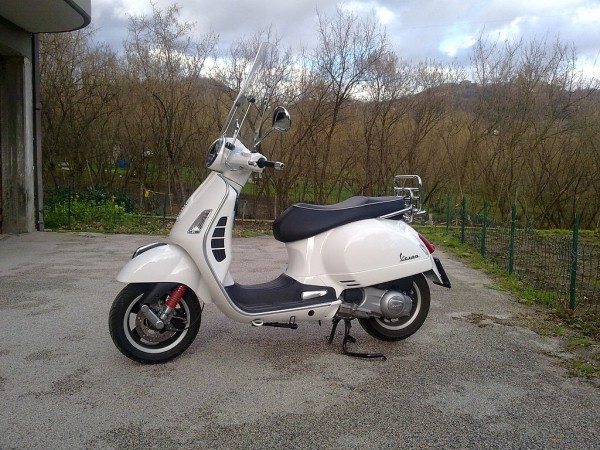 In India, buying a scooter is a no-brainer; especially if you live in a crowded city like Mumbai. But, not often, do people going in for the purchase of such an everyday vehicle, think about style and outright performance. The current king of suaveness, is undoubtedly the Piaggio Vespa. This cute little Italian scooter, has grabbed the attention of the select number of buyers who can afford to shell out big bucks, for a scooter whose performance isn’t exactly tarmac scorching. However, at the recent 2015 India Bike Week, Piaggio decided that they will showcase a new breed of scooters from the gorgeous Vespa family. This particular model is called the Vespa GTS 300 and as the name suggests, it doesn’t come with the usual 125cc engine. 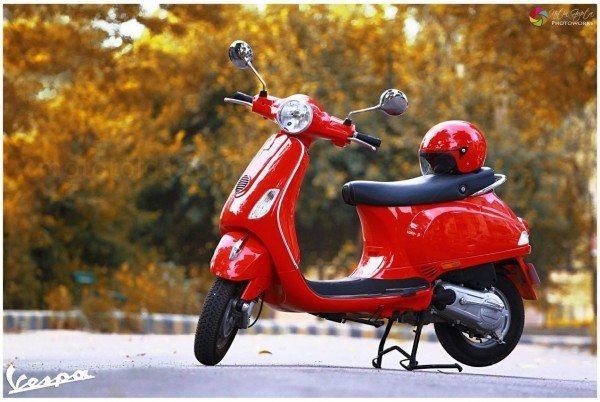 Even the 125cc Vespa oozes ‘Italian chic’ from every orifice.

The current breed of Vespas in the country, come powered with a 125cc single-cylinder carburetted motor that delivers a smooth 10.4 Italian ponies and 10.6 Nm of torque. The most basic models come with drum brakes, whereas the top-end ones come equipped with ventilated front disc brakes, plus a lot of chrome garnishing. So, for 2015, the legendary Italian two-wheeler manufacturer, has decided to introduce a 300cc performance scooter in India. The Piaggio Vespa GTS 300, comes with a 278cc 4-stroke motor, that comes equipped with fuel-injection and liquid-cooling, thus producing almost 21 horsepower and 22.3 Nm of twisting force. That kind of power figures have never before been experienced by scooter owners in India and has been the realms of proper, punchy motorcycles. 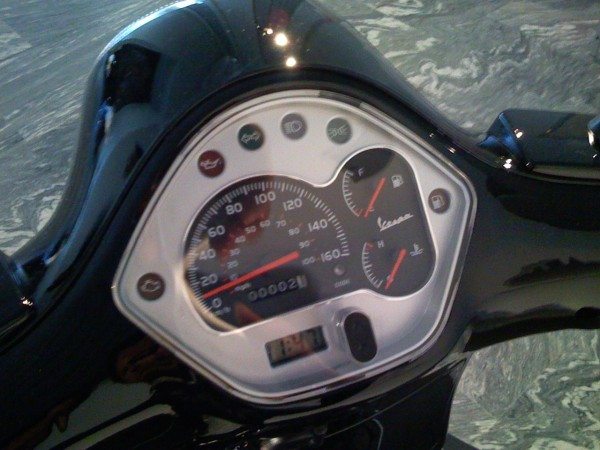 Yes, 160 km/h limit on a scooter. Imagine showing that off to your jealous mates.

The Italian marque wants to change that perception,by bringing in the GTS 300 in the India two-wheeler market. The Piaggio Vespa GTS 300, not only promises to offer superior performance, but also reasonable frugality. Fuel-injection and a very efficient CVT gearbox, means that this performance-oriented scooter, aims to deliver almost 28 kpl. 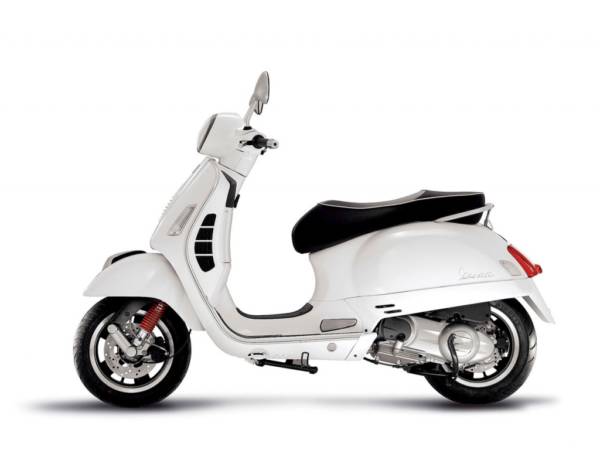 We don’t know about you, but we are certainly floored by this Italian’s charm.

Despite the frugality on offer, this scooter can still hit a top whack of 128 km/h. That will be quite shocking for those have just upgraded from a regular commuter-class scooter. But worry not, as this scooter doesn’t skip on any of the safety nannies. The Vespa GTS 300 comes kitted with disc brakes on both the wheels, which are then fortified by a anti-lock braking system and traction control system. Tubeless tyres? Of course! Obviously, this kind of performance, features and style, commands a certain premium, a premium which even its 125cc sibling commands over its peers. We expect this jaunty scooter to come to India as a CBU, which of course, means that it will be pricey. That price should be somewhere in the ballpark of Rs. 3-4 lakh and that, is expensive. If this scooter comes to India and you happen to buy one, trust us, you will always have a happy grin on your face whenever you take this baby for a spin.