Home Ford Is this how the 2015 Ford Mustang would look like? 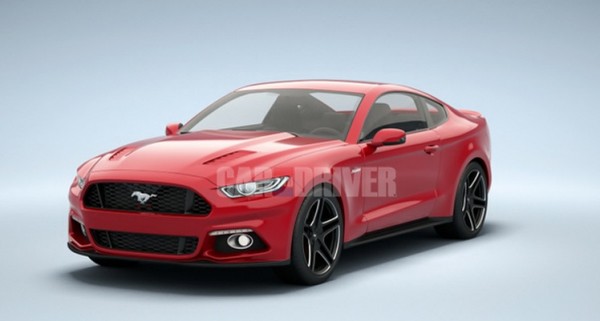 If the good chaps at Car And Driver are to be believed, the images that you see here are those of the highly anticipated next generation 2015 Ford Mustang. The 2015 Mustang would make its public debut at the Detroit Motor Show in January 2014 and deliveries are expected to commence in April 2014. It may be noted that the Mustang, which has been Ameria’s favorite muscle car of all times, will celebrate its 50th birthday on April 17th, 2014.

Underpinning the 2015 Mustang will be a new platform, which has been christened as the ‘S550′ and would help Ford with some weight savings. The new Mustang will come with an independent rear suspension and would have handling characteristics that would suit the taste of European drivers. Powering the 2015 Ford Mustang will be a same powerplants that power the current model. This means that the car would get 3.7-liter V6 and 5.0-liter V8 engines. The V6 motor has a max power-torque of 305hp-380Nm and V8 variant has a max power-torque of 420hp-529Nm. Both the engines can be brought either with a 6-speed manual or a 6 Speed automatic gearbox.

The Mustang is also likely to get a new small capacity, four cylinder, EcoBoost Turbo petrol engine with a displacement of 2.3 litres and max power of 310 hp.

It may be noted that Ford has already confirmed that the 2015 Mustang will go on sale in both left hand drive and right hand drive variants and this means Ford India could be planning to indulge in some brand building and bring legendary muscle cars to our shores.

Stay tuned to Motoroids for more updates on the 2015 Ford Mustang.