Home Ford Is this how the 2015 Ford Figo sedan would look like?

What you see here is a speculative rendering of the upcoming 2015 Ford Figo sedan (aka Ford Ka sedan). As per this rendering, the upcoming 2015 Ford Figo sedan could boast of a styling that will take several design cues from existing cars in Ford’s product portfolio. The rendering shows that the taillights of the Figo sedan could be inspired from those on the Focus sedan. The front end though, would take design cues from the new Fiesta and Fusion. 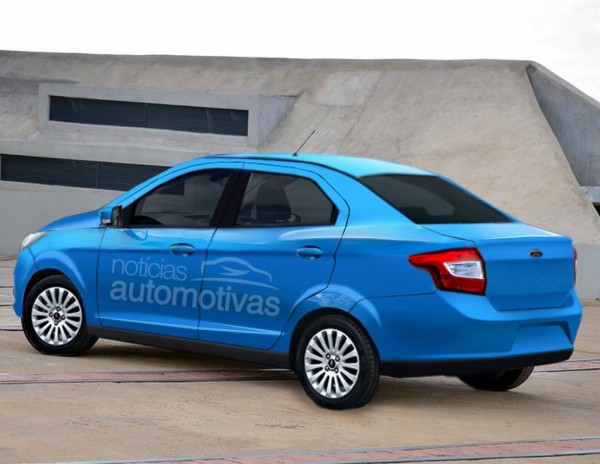 It is pretty much for sure that the next gen Figo will be underpinned by a slightly modified version of the current car’s platform. Also, the next gen Figo will be considerably lighter than current model and would come with new gen engines. One of the engine options could be that of the EcoSport’s 1.0L three-cylinder engine, albeit in a naturally aspirated state. The car could also get the turbocharged version for high end variants. It is also being said that the car could come with new age technologies such as Powershift dual-clutch automatic transmission, SYNC infotainment system, EPAS (power steering), push button start, etc.

Stay tuned to Motoroids for more updates on the upcoming Figo siblings.