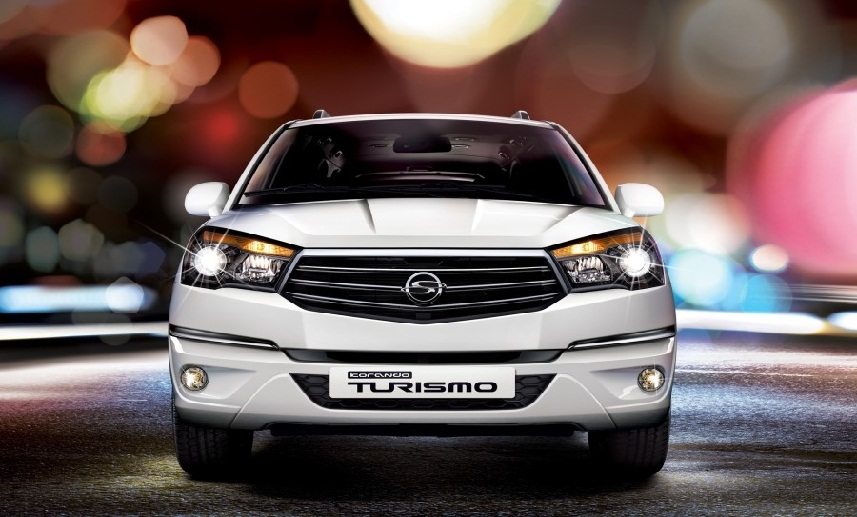 The first (current) gen of Ssangyong Rodius is a spacious MPV with huge proportions and was launched way back in 2004. The current Ssangyong Rodius has always been criticized for its ungainly styling and the car brought a fair amount of disapproval to the Korean car manufacturer.

The front fascia of Korando Turismo gets gigantic headlamps, an intimidating grill and a small air dam. The rear end is far from being bland and gets stylish tail lamps and integrated reflectors on the bumper.

On the inside, the car gets a 4 spoke steering wheel, better dashboard layout and a large multimedia screen.

The new Rodius is most likely to use the same 2.0 litre, 155 bhp oil burner that powers the Korando and the Actyon. 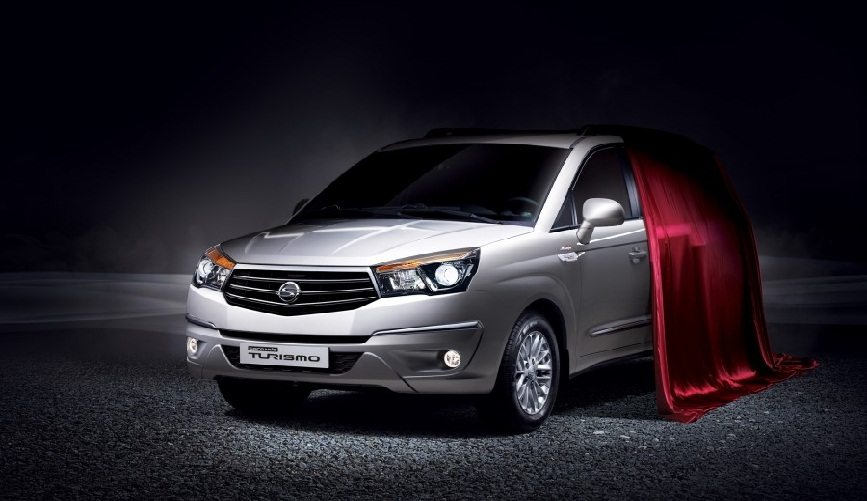 Mahindra Ssangyong might bring the new car to India and pit it against the recently launched Nissan Evaila.