Home News 2014 Nissan GTR to be Quicker and Sharper 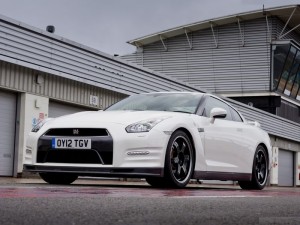 The Nissan GT-R has been one of the most successful performance cars to have come from the popular Japanese car maker. Regulars here might know that the GT-R is one of my personal favourites and one of the reasons for the car to have remained at the top of my wish list is that its manufacturer is regular with updating the supercar.

Recently, we came up with spy pics of the 2014 edition of the Japanase monster and now, we finally have more details on the specification of the new car. It has emerged that the updated car will come with a power output of 542hp and a torque figure of 466lb ft. Mated to the engine will be a new gearbox for better performance and word is that Nissan will be soon seen attempting to better its own record at Nurburgring.

As expected, the suspension too will be tweaked a fair bit and the car will boast of a better ride quality and sharper handling. On the styling front, the spy pics show that the car will sport a revised front bumper and minor alterations to that in the rear.
The 2014 Nissan GTR will go on sale in early 2015.