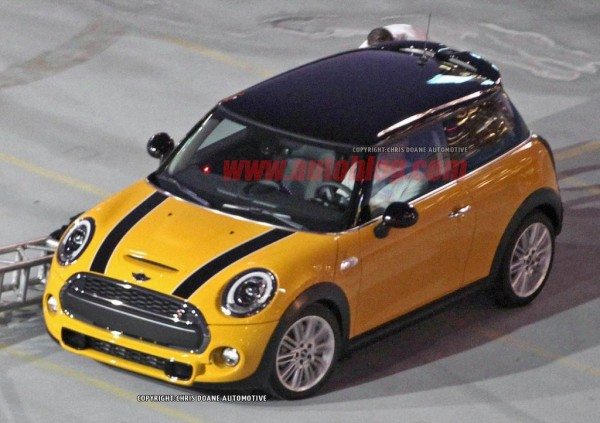 Thanks to the images that you see here on these pages, we finally have got a fair idea of what the upcoming next generation 2014 Mini Cooper hatchback would look like.
The car daytime LED lamps that the car has got seem to have been inspired by those on the 2011 Rocketman concept. The car continues to sport trademark front grille, blacked out pillars, dollops of chrome and plastic cladding on the wheel arches.

It is being said that the 2014 Mini has grown in size and would have a significantly larger cabin. The large rear tail lamps only add woes to the visual mass at the rear end. The glasshouse of the car looks far sportier as it has got a steeply raked windscreen and has lesser width at the rear. 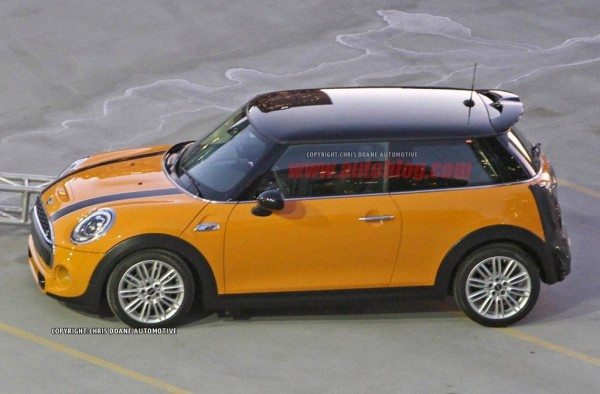 The new 2014 Mini will be powered at the front wheels, a new BMW platform which is termed as FAA. The new FWD platform will power a whole bunch of new BMW small cars like the 1-series GT and the next-generation X1.

On the inside, the 2014 Mini Cooper will get a new dashboard layout, with the speedo console moving away from the centre and finding itself placed in front of the driver. The car will also get a longer features list.

While the base variants of the 2014 Mini Cooper will get the latest gen three-cylinder TwinPower BMW engines, the go-faster Cooper S John Cooper Works models will feature 1.6-liter turbo petrol units with about 180PS for the S version. The power will be bumped up to about 220bhp for the top of the line John Cooper Works versions.

The 2014 Mini Cooper will make its public debut at the Frankfurt Motor Show in September. 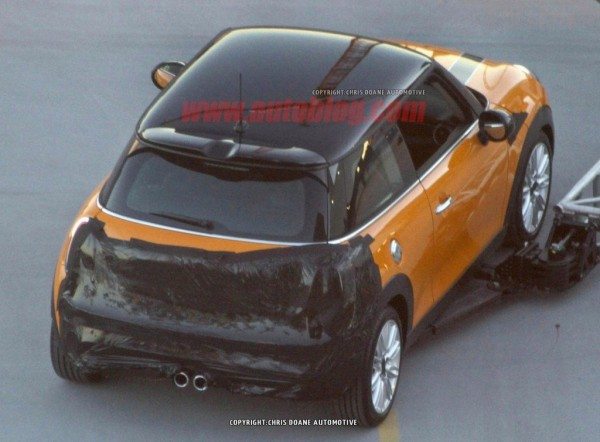